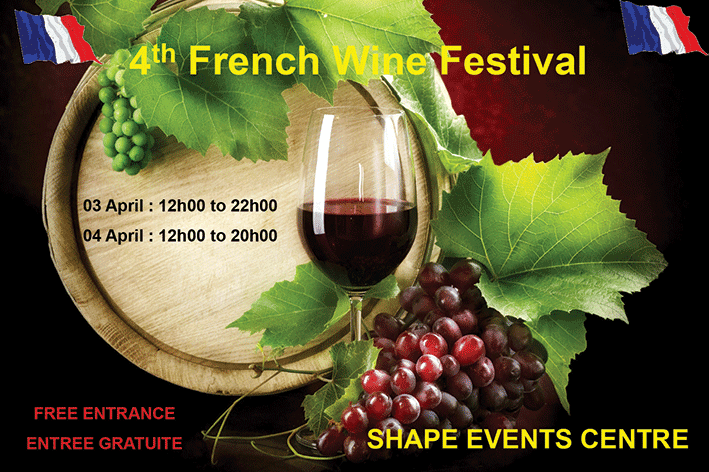 I love wine. Italian wines are by far my favorite but that is probably due in large part to the fact that I am most familiar with them. My favorite part of visiting Italy is drinking their local wines. In many restaurants their house wines are far better than the bottled varieties and often cost the same or less than a large bottle of water. But I like wines from other countries as well. There are two American wineries that we are particularly fond of, one on the east coast and the other on the west, and we shipped cases of their wine to Albania and gave them out as gifts (and drank so ourselves too). In the United States Australian wines are quite popular and we always had a bottle or two in the house. Several years ago a friend introduced me to Argentinian wines and during a trip to Spain last year I discovered Spanish Rioja. When German friends came to visit they always brought us great Rieslings and Hungarian friends introduced us to their surprisingly good reds.  Living in Albania local wines were plentiful but not very good. Like the hot Mediterranean sun in which their grapes were grown, their wines were harsh and not at all pleasing. Neighboring Montenegro produces a great red wine while Croatian whites are particularly good and Greece's wines are hit or miss. (But I really think the misses are just my making the wrong selection). And much to my surprise Macedonia and Romania produce very good red wines. Now Belgium isn't known for their wines and the one we tried from neighboring Luxembourg left a lot to be desired. France, however, is world famous for their vineyards yet it is probably the wine region that I am the least familiar with. But all of that is changing........

One of the great things about being here at SHAPE is the variety of cultural events that are brought to base. With twenty eight member countries as well as a handful of others that are closely associated with NATO, if seems as though there is always a country specific cultural event being held on base. And last week's event was a wine festival sponsored by France. For anyone who hasn't had the opportunity to attend a wine festival go because they are great opportunities to try a variety of wines that you might not otherwise have the chance to experience. For the cost of two euros (for the tasting glass) we could sample wines from twelve wineries all across France. We moved from booth to booth talking to the representatives of each winery and sampling what they had to offer. Now many of the pours were quite generous so it wouldn't be soberly possible to taste all of the wines that were available. Rather I selected several vendors and focused on two or three of the wines they had to offer. I tried both reds and whites. Some were good while others were unremarkable or not to my liking at all. Now I am by no means an expert on wine but even to my uneducated palate I can taste the difference in wines from different regions (and countries). There really is a difference.

Overall the French wines tasted different in my mouth. It is probably a cliche but the ones I sampled tasted more refined and mellow than the bold Italian reds I adore. Because I tend to lean towards reds anyway I decided to focus on the whites. The first one I tried simply wasn't good; it was so dry it left a metallic taste in my mouth. The next one was a Muscat which was so sweet that it made my teeth hurt. I finally struck gold with the Francois Schmitt winery from the Alsace region. I tried two of their whites, a Gewurztraminer and a Riesling and really enjoyed them both. Their Pinot Noir was good too. So much so that I walked away with a bottle of each.

I can't say that at the moment I love French wines as much as those from other countries but I have now found a few that I like. And I want to find more so if anybody out there has any recommendations, please send them my way. In the meantime I'm going to enjoy the wines I bought and look forward to attending the next wine festival.
Posted by Zosia at 09:00