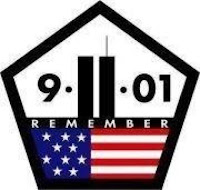 Like most Americans, I clearly remember where I was on this early fall morning eleven years ago.  Like my parents when John F. Kennedy was assassinated in Dallas and my grandparents when Pearl Harbor was attacked by the Japanese, September 11, 2001 will be a day I never forget.  And it is important that none of us ever forget.

Whether we lost loved ones and friends or watched the tragic events unfold from afar, as Americans we were all profoundly affected by the high jacking and subsequent crashing of four American jetliners.  On that morning my sense of security was unhinged in a way I never thought was possible.  In the days immediately following that Tuesday morning, American patriotism emerged in full force.  Flags flew from every flag pole, street corner, and yes, vehicle, as the country united behind a common cause.  As numb as I was at the time, I was profoundly proud of my fellow countrymen (and women) as we quietly rallied around one another and entered into a new level of civility.

Eleven years later much has changed.  The civility that marked those first few horrible months has been replaced with widespread mudslinging, partisan accusations, and a general sense of discontent.  Our economy is in shambles yet if you listen to the sound bites everyone else is to blame.  Support for the war that is still raging in the Middle East is waning and with it, support for our troops who continue to be on the front lines on a daily basis.  To me, it is sad that as a society, we have so quickly gone from being united to being so fragmented.

If the chatter amongst my various Facebook groups is any indication (and yes, as of late this is my barometer of what is going on in the outside world), September 11 remembrance ceremonies are very low key this year.  Here in Tirana the U.S. Embassy held a short ceremony and moment of silence this morning to mark the 11th anniversary of September 11th.  (As far as I can tell the timing of the remembrance had no significance in terms of the actual event and the turnout from Embassy personnel seemed much lower than that of last year). This afternoon I paused for my own moment of silence that coincided with the original East Coast times when the horrors first began to unfold.

I used my personal moment of silence to reflect on the world around me.  I fear that we are forgetting how human behavior and actions shaped the days, months, and years leading up to the terrorist attack and how these same behaviors and actions shaped the aftermath.  We owe it to those who perished on September 11th, and the thousands of Americans who have since died fighting the War on Terror, to never forget their sacrifices.  So thank you to the men and women, both in uniform and out, who are serving our country at home and abroad.  Individuals, families, mothers, fathers, and children who weren't born eleven years ago all share in making these sacrifices.

P.S.  I want to extend an additional message to our small American military family here in Albania.  Our numbers may be low but our presence and accomplishments are strong.  No one may have thanked you recently for your continued service to our country.  I thank you and want to know that your service does not go unrecognized.  I for one, will never forget.
Posted by Zosia at 15:38