Putting The "T" Back In Team 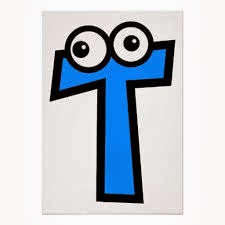 Team:  A group of people who compete in a sport, game, etc. against another group; a group of people who work together.
Team work:  Work done by several associates with each doing a part but all subordinating personal prominence to the efficiency of the whole.
Whether it is in a professional or personal setting being and working as a part of a team makes everything function that much smoother.  But somehow, it often feels like everyone is on a different page, not coordinating their efforts and generally going it alone.  It doesn't matter whether you work for the most bureaucratic organization (say a government entity....) or the most free spirited not-for-profit, unless you are a one (wo)man operation, you are a part of a team.  Even then, no one is an island.  And as such, we should all be working towards a common goal and recognize a success as one belonging to the team and a failure as being the group's as well.  Hanging individuals out to dry or claiming ownership of a project that was really a collaborative effort is not what being a part of a team is all about.  Does a football player win a game all by himself or does he rely on the other ten players on the field with him to bring the team to victory?  All too often I hear people use I statements to describe their work.  Politicians are famous for this yet how many people stop to question how a senator or representative single handedly passed a law, wrote a budget, or generally made the world a better place.  Really people?  You did this all by yourself?  Maybe I am missing something but the last time I checked the House of Representatives was comprised of more than one person with a majority of votes being required to pass anything.  How about becoming a team player and using we statements instead?  Its called collaboration or playing nice in the sandbox, skills we were all supposed to learn back in elementary school.

And being a team player is important on the home front as well.  This is especially important when it comes to parenting.  From the earliest age children learn the divide and conquer method of trying to persuade their parents to allow them to do something they probably shouldn't.  Whether it be dessert without finishing dinner, staying up later than his appointed bedtime, or getting a privilege that is normally off limits, our son is a master of going back and forth between the two of us trying to get one of us to agree with him.  Through trial and error and a fair amount of tears we've learned that only through being a united team will we prevail.

And it really isn't that hard. All it takes is a shared goal, a cohesive plan of action, and an understanding that we are all in it together (whatever that together may be) and we can all be a part of a winning team.  So let's hear it for team work. WE can do it!
Posted by Zosia at 14:39