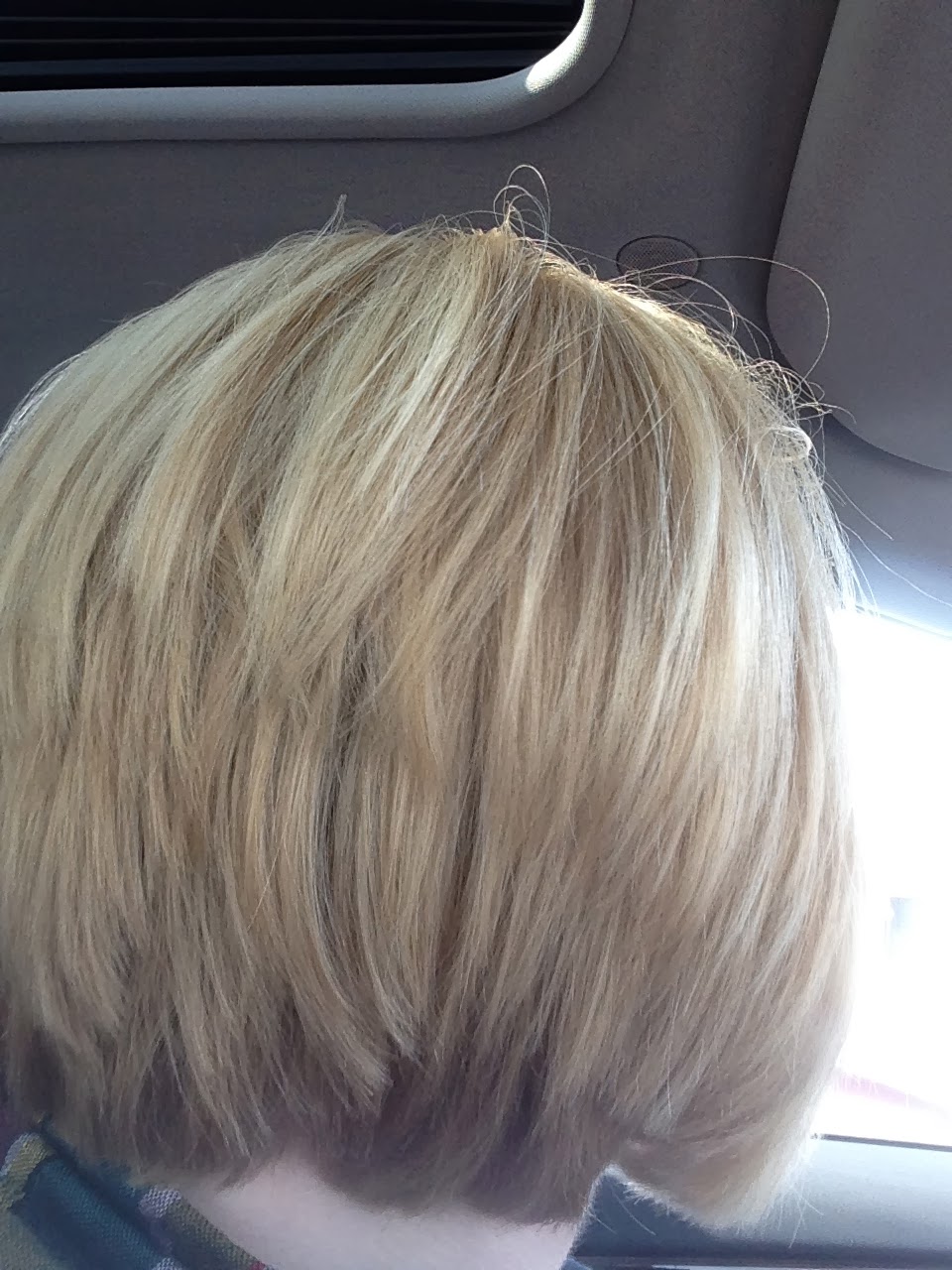 Forget packing, house hunting, then unpacking and settling. As any woman--any many men--will tell you, the hardest part of moving is finding a new hairdresser. Where does one even begin looking when it appears that there is a beauty salon on every corner? Recommendations from friends and even strangers might point you in the right direction but all too often finding the right stylist for you is a process of trial and error. And when it comes to one of your most prominent features, living with an error can be quite painful (and yes, I am speaking from experience here). On a daily basis I'm pretty low maintenance so finding a stylist who won't give me a cut that requires a bevy of styling products and tools is often an ordeal. Finding someone who can give me the right "natural" color is even more difficult. And unlike so many other experiences, it just doesn't get easier the more you do it.

I found my hairdresser in Norfolk because of Glenn. Well, actually following the recommendation of a friend of his, he gave me a gift certificate to a local spa and salon so by default, I ended up going there during all of our years in Norfolk. Don't get me wrong; I loved the spa and received more than my share of relaxing treatments there. It seemed to make sense that I would also get my hair done there. The first time I made an appointment I was randomly assigned a stylist who I ended up liking. However, when she abruptly left shortly after, I found myself back at square one. I soon found myself going to a different stylist at the same salon who while nice, just didn't have the cutting or coloring skills I was looking for. In fact, I was going through my redhead phase and during our first appointment together she informed me that she really didn't like working with red hair or red hair dyes. I should have fled immediately but instead I stuck it out for two more years. Why? Her skills weren't horrible, just not on par with the other stylists at the salon so I never walked out with a horrible haircut, just ones that I didn't love. A part of me stayed wanting to give her yet another chance but I also knew that we would be moving soon and I just didn't have the energy to find someone new for only a cut or two. But mostly I stayed because I am loyal. I didn't realize that at the time but two hairdressers later, I finally admitted this about myself.

We were in Washington for such a short period of time that I got my hair cut at one of those walk-in places in the mall and colored my own hair with Miss Clairol. Neither situation was ideal but I knew it was just a short term arrangement and it was so much cheaper than the alternative. Once in Albania I put off finding a new hairdresser for as long as possible until a home dying accident drove me to a local hairdresser. This recommendation came from colleagues at the Embassy, she was conveniently located, and the ultimate claim to fame of the stylist was that she "trained in London and spoke perfect English." This turned out to be true and my subsequent haircuts and colors were good and incredibly affordable by western standards. A going to a local beauty parlor gave me my fill of Albanian culture as women and children of all ages wandered in and out at liberty, eschewing appointments, and many times payments. Being a one woman operation her hours and availability were less than ideal but I made them work the best I could. Or at least I did for our first two years in Tirana until her lack of availability simply became too much to bear. It was at this point, however, that I realized just how loyal I was. I liked her and felt bad that I was even thinking of going elsewhere (and maybe or maybe not finding someone who could give me as decent of a cut and color). But with my roots threatening to take over the rest of my head and her not returning phone calls and never being open when I stopped by, feeling guilty I jumped ship for a new stylist. This one also spoke fluent English and apologized for being "more expensive" (we are talking just a few dollars here) but blamed her location inside a western branded business hotel. And do you know what? I walked out of there with the best cut and color I have ever had. It would have been a Eureka moment if it weren't for the fact that we were moving in six months and you guessed it, I would have to start my quest all over again.

This past week I steeled myself (and my roots) and headed out for my first Belgian hair experience. Having trolled the local Facebook page and received recommendations from several people, including a woman in the line at the grocery store who had great hair, I headed to a local salon where the stylists allegedly spoke English. Twice a week the salon offered half price cuts and colors but unfortunately operated on a walk-in basis only. Armed with a fully charged Kindle I patiently waited close to two hours to be seen. Their three stylists were busy, moving non-stop the entire time I was there. The salon was clean and modern so I was hopeful that my wait would be worth it.  When it was my turn the stylist did speak English and after scrutinizing my roots mixed together hair dye that she thought would blend with what was already on my head. While I waited for my color to process I sat under a heat lamp and sipped coffee. This experience was turning out to be completely different from both of my Albanian experiences since this salon actually the heat lamps I was accustomed to; in Albania I simply sat in a chair and waited for the color to do its thing all on its own. But the differences only continued. Not only did the shampoo chair recline but it massaged my back while my hair was rinsed with plenty of hot water. I can't remember the last time I my dye filled air was fully rinsed with temperature appropriate water. Norfolk maybe? The cut proved to be just as rewarding as the stylist snipped away offering suggestions about how short I should go. I felt as though I sat in that chair a long time but she was meticulous, snipping away the smallest stray hairs until she declared "voila" and I was released from my black cape.

Up until this point my eyes had been mostly closed so when I opened them I saw a slightly new, slightly blonder version of myself staring back at me in the mirror. And I think I liked what I saw. Actually, I now know I liked it and I will probably be returning. Maybe finding a hairdresser does get easier with time!
Posted by Zosia at 08:30