Moose Milk: The Back Story 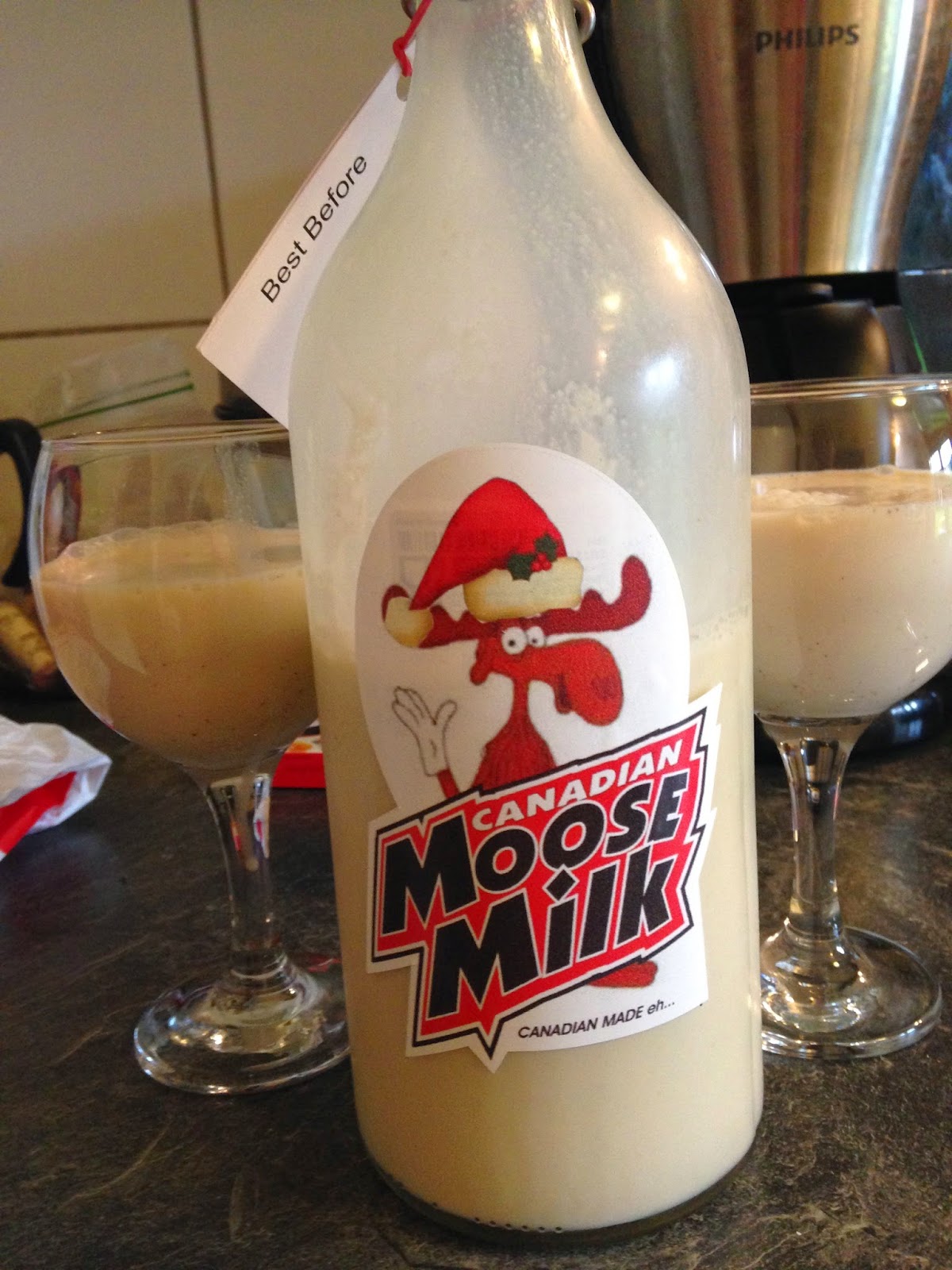 Before arriving at SHAPE I had never heard of moose milk. Actually, I take that back because in the midst of my research about our new post I came across frequent references to the milk on the SHAPE Facebook pages. It was always associated with the Canadians and from what I could gather, it was a special drink that they made and the drink had a very loyal following with SHAPE-ians. As we arrived here and worked on settling in, I quickly forgot about the moose milk. But then this past fall and then again this past weekend I was reminded of this mysterious drink and learned what all of the fuss is about.

Moose milk seems to have its roots in the Canadian military with each branch of service having their own version and their own story of how the drink came to be. A Google search reveals just as many versions as there are drinkers with everyone proclaiming their version to be the authentic one. Some say the drink was created because it "can please the ladies because it is sweet while being potent enough for the heartier thirsts". The back story, at least according to the Canadians who make moose milk here in Belgium is as follows:

"It was a great many years ago when a Canadian lumberjack named Jean-Guy Rubber Boot ventured out into a December blizzard to fetch a giant Christmas tree for his village square. After trekking deep into the dense bush, he finally came upon the perfect tree. Jean-Guy picked up his heavy axe and began the laborious task of bringing down the giant pine. After many chopping blows it began to fall, but instead of falling away from the woodsman, it came crashing down on top of him, pinning Jean-Guy to the cold crusty snow. Poor Jean-Guy lay under the giant pine tree for the entire bone chilling night and as dawn broke, he was near unconsciousness.

Just in time a mighty moose stumbled upon our wounded her and recognizing his sorry plight, proceeded to butt the heavy pine off Jean-Guy's body. She then nursed him back to consciousness with the potent nectar that was her milk. Jean-Guy staggered quickly to his feet, shouldered the tall pine tree and exuberantly returned to his village where he spoke of his adventure and received a hero's welcome.

And so from that day forward where ever CAnadians happen to be, they celebrate the exploits of their homegrown hero, Jean-Guy Rubber Boot, with their assembled friends by sharing the sweet nectar of moose milk."

So what is moose milk? Of course there are different versions. The one without eggs is similar to an eggless eggnog. Or a very cream version of a white Russian. It has ice cream and milk. For potency it includes rum, vodka and coffee liqueur (because just one of them isn't enough). And there is a touch of spice to top it all off. So whenever the opportunity arises, the Canadians stationed here in Belgium haul out their giant stuffed moose and make gallon upon gallon of this tasty drink. If you are quick about it you can buy it by the cup, liter or even in a five gallon jug. It is tasty, quite addictive and yes, even more potent. If you aren't lucky to have Canadians in your neighborhood who make the drink, mix up your own. You can find the Royal Canadian Air Force's version here or a civilian (and easier) recipe here. They are all good so try whichever one turns you on. Or try both and compare. But you probably don't want to do both at the same time. Remember, moose milk is potent!
Posted by Zosia at 10:00