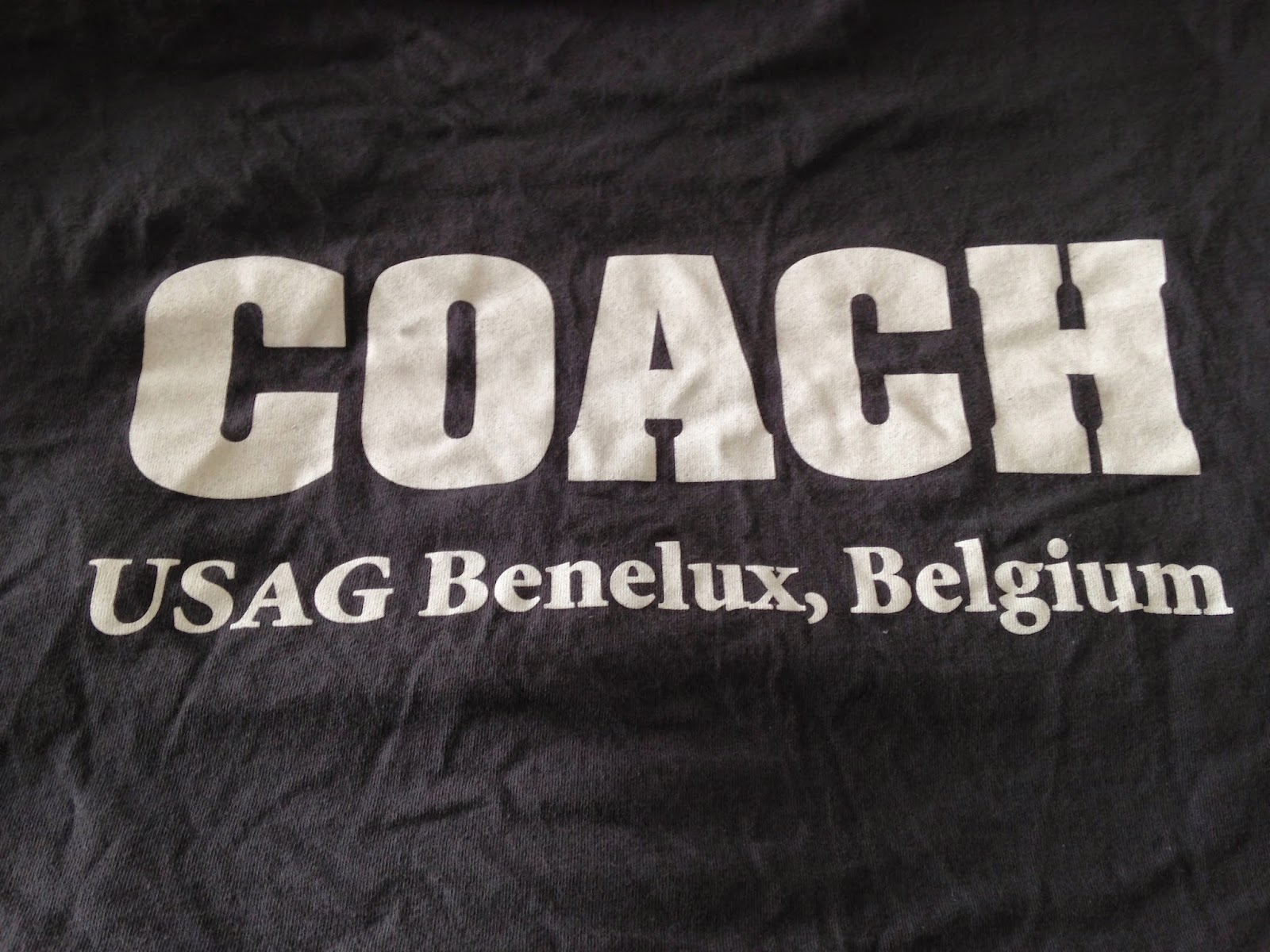 It was bound to happen sooner or later. After a year of settling in (?), recovering from our last posting (?), just focusing on my own family (?), a combination of all three and then some (?), I've finally jumped back into the fray. What fray you ask? The one of volunteering and getting involved in my community. Perhaps too involved but involved none the less.

After almost three intense years in Albania, I arrived in Belgium tired. Tired and burned out. So rather than jumping in with both feet the way I previously have done, I sat things out. I was still willing to help out if needed and specifically asked, but I no longer wanted to be in charge of things. I would contribute to the bake sale if asked or would provide treats for the class party but I didn't want to be the one organizing these activities. I dutifully brought Sidney to all of his activities but then I sat on the sidelines until it was time to leave. At first I felt bad about not actively participating but after a friend reassured me that I had "done my time" and that it was now someone else's turn to step up the the plate, I was determined to enjoy participating with out leading. And I did. Initially it was nice; I had time to do all of those things I had never had time for before. I went to the gym, took painting classes and French lessons and honed my cooking and baking skills. I took Sidney to soccer practice, swim lessons and play dates; we explored our neighborhood and went to the weekly story time at the library; we found the best playgrounds in the area and Sidney was introduced to the art of Tae Kwan Do. But gradually, despite all of this activity, it felt as though something was missing. I was going through all of the motions yet feeling oddly detached from it all. And that leads me to where I am today.

Sidney loved playing soccer last fall but as a parent, my frustrations with the way his team was organized drove me crazy. There were no shows, last minute cancellations and chaotic practices where the kids spent more time staring at the airplanes in the sky than they did kicking the ball. Sidney began to complain that it was boring and I repeatedly found myself thinking that I could organize the practices better. But, I stopped myself from complaining too much (or at least out loud) since the volunteer coaches had stepped forward to take the lead whereas I had deliberately decided not to. As someone who has organized my share of events and activities where people complained yet no one volunteered, I knew I was in no position to complain when I wasn't willing to do it myself.

Fast forward to spring soccer season --or spring football as they call it here--and I am now a coach. More specifically a friend and I are coaching our sons on their 4 and 5 year old developmental soccer team. I don't profess to know a whole lot about soccer but at this age understanding the intricacies of the game are less important than reliability, teaching good sportsmanship and having fun. Its sort of like herding cats but our little team of boys and a couple of girls are excited to be there. I'm excited to be on the field as well. The other parents seem relieved that some other parent has stepped up to the plate. But most importantly, Sidney is excited that I am there. He calls me "Coach Mom" and is thrilled to be back on the field and playing. I'm the proud owner of Soccer For Dummies, I've spend hours scouring the Internet for age appropriate drills and we're stumbling through. Its exhausting yet exhilarating and I'm having a great time.

So yes, I'm back in the game. Literally and figuratively. And as if this isn't enough of a challenge, I'm also volunteering with a couple of other new to me activities that excite me. But those stories are a blog entry for another day.