The End of Innocence? 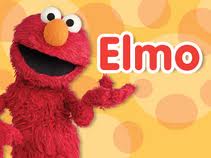 Yet another sex scandal has been circulating through the American media recently.  This time it involves  Kevin Clash, the puppeteer who has voiced the Elmo character for twenty-eight years.  I've read these newspaper articles with profound sense of sadness.  And now we have learned that the puppeteer who has portrayed this beloved children's character since his television debut will no longer be the voice of Elmo.  After two different men have stepped forward accusing Clash of entering into sexual relationships with them while they were underage, Clash and Elmo have parted ways.  As lawsuits and accusations fly, those of us who are parents are left to ponder the larger implications of this latest very public scandal and wonder how, if necessary, we can explain it to our children. This whole story is tragic on so many fronts and makes me wonder whether anything is as safe and innocent as it may seem.  Is the innocence of childhood a thing of the past or did it never really exist in the first place?

I grew up watching Sesame Street in its early days before it became an international, multi-million dollar enterprise.  This was before the little red monster known as Elmo made his first appearance; before his lisping voice and bouncy animation filled the PBS airwaves.  This was before my family even owned a color television.  Prior to becoming a parent I was aware of Elmo but was fortunate enough to avoid having an intimate knowledge of him.  Soon after Sidney's first birthday the little red monster began creeping into our lives. Soon Elmo's voice filled our waking moments with his commentary on everything from the alphabet and numbers to potty training to wild animals and everything in between.  As annoying as we found Elmo we were grateful that at least he wasn't Barney the purple dinosaur (who is actually broadcast in both English and Albanian here).  Besides Sidney loves him, refers to his stuffed Elmo as his friend, and learned his ABCs and how to be safe in an emergency from him.  When Sidney's stuffed Elmo suffered an unrepairable eye injury a new Elmo arrived from the US and was introduced as the old Elmo having undergone eye surgery that had been performed by Glenn.  Sidney was a bit skeptical but quickly came around and the entire incident turned into a lesson on empathy and caring for those who are hurt.  For better or worse, Elmo has become an integral part of our lives.

This latest revelation about Clash's personal life raises deeper ethical questions for me.  Can one's personal life be truly separated from their professional life?  What if one's professional life is as public as Clash's?  (Although until this scandal broke I had no idea what Clash even looked like).  Does someone who works in the field of childhood education--or anything related to children for that matter- have to lead a more upstanding and moral life than someone whose livelihood does not revolve around children?  Harboring back to the ongoing Petraeus scandal why are people's personal sex lives fodder for the public?  What are the biggest crimes in all of this and who decides where the line is drawn in the sand?

Fortunately Sidney is still young and has yet to identify Elmo as being anything beyond his little red friend.  Thanks to not having direct access to network news and American newspapers it is likely that this specific scandal will pass Sidney by and he can continue in his current state of innocence where Elmo is concerned.  I know that it will not always be this easy; as he gets older and more independent and we can no longer filter his access to information, as parents I know we will have to be ready to answer probing questions as they arise.  I know we will have to be ready to respond to his inquiries as they get posed.  We won't be able to--no should we--shelter Sidney from the often harsh and ugly reality that is our world.  I know that we will have to be ready to explain our personal and family values in age-appropriate ways.  I'm so not ready for the day these questions come.  In the meantime I'm going to take  solace in the fact that Sidney is only three and his biggest concern where Elmo concerned is whether he should watch the Elmo DVD about letters or the one about numbers.  Now that is truly childhood innocence.