Sickies On A Plane 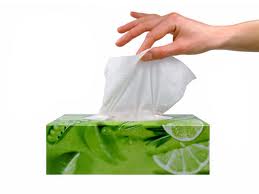 The only think I hate more than being sick is being around others who are sick.   (There is a good reason I'm not a nurse).  Ironically, I would rather have an extreme 24-hour bug than a cold that sticks around for weeks.  With a sickness that really knocks me out, I can justify laying low and staying in bed until I recuperate.  Colds on the other hand, are just strong enough to make me feel ill but not potent enough to hide in bed for days on end.  And that means exposing myself to others while I am sick.  And that is something I just hate doing.

It is obviously cold season here in Europe and the strain currently circulating seems to be particularly vicious since once it sets it, it just continues to linger.  Sidney came down with the bug earlier this week and by Saturday both Glenn and I felt the first signs of illness coming on.  Sunday morning we both woke up with full fledged colds.  We are lucky that this is the first time this year we have been sick but the timing couldn't be worse.  Because Sunday was also the day we were flying from Tirana to Frankfurt, I felt an extra sense of dread.  It is bad enough to be sick but to be sick and fly is the worst thing I can imagine.  Flying only exasperates my symptoms plus I think it is just flat rude to expose everyone else to my germs.  I hate being around myself when I am hacking and wheezing so why would anyone else have to endure the same fate?  I shouldn't have worried though since it seemed as though everyone else on both of our flights already had some sort of cold.

I'm not necessarily a germ-a-phobe but the thought of being trapped in an airplane with all of that coughing and sneezing made me physically ill.  I had armed myself with Day-quil and lots of fluids before boarding the plane but the dry air just exasperated my symptoms. By the time we landed in Vienna I felt horrible and the mad dash from the end of one terminal to the end of another did nothing to help the way I felt.  During the flight to Frankfurt I felt even worse but I'm not sure whether it was my own symptoms or hearing everyone else that bothered me more.  And I knew everyone on the plane was sick since Lufthansa's beverage cart was depleted of juice and water while the beer and wine sat virtually untouched.  (If you've ever flown on an afternoon or evening Lufthansa flight you know what an anomaly this is).

Today I feel even worse than I did yesterday.  I spent the day attending a series of medical appointments where everyone I encountered seemed as sick as I feel.  I guess misery loves company and I almost, just almost, found myself not being bothered by the wheezing and hacking people around me in the waiting room.  My one hope now is that this cold disappears before I have to fly home on Friday.  Here's to lots of fluids and vitamin C.