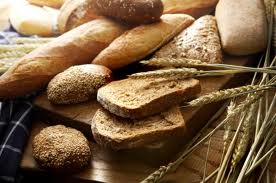 Tonight we hosted a wine and cheese reception for a few people we know here in Albania.  With a guest list of approximately forty people but no idea of how many would actually attend, I decided early on in my planning process to keep things simple.  Some of you may recall my blogging about the ordeal that was last year's wine and cheese event.  This year there would be no fancy pairings of wines with corresponding cheeses; instead we would showcase our favorite cheeses that we can readily find in Albania (the selection has improved greatly over the past year) and pair them with our American wines from California and Maryland.   Despite what the invitation says, some people expect more food than cheese so I decided to cook up a spiral cut ham from our freezer (we really need to start using up what we have in there before we move) and to round things out I would also serve bread. Originally I had the idea that I would bake a series of artisan breads myself but once I did a reality check, I decided that buying the bread would be the smartest thing to do.  Simple enough, right?

Of course not.  In Tirana you can find bakeries selling fresh white bread on every corner.  The bread is good and inexpensive but not very imaginative.  I wanted a little something more.  During my planning process I remembered that there was a German style bread bakery in nearby Durres that made real artisan loaves.  Since they have the variety of flavors and styles that bakeries in Tirana lack, I decided this was the way to go.  Last week with the assistance of an Albanian friend I dutifully placed my order and made arrangements to pick my order up at their bakery this afternoon at one o'clock sharp. This would give me enough time to get back home to bake the a fore mentioned ham and finish the other final preparations before our guests arrived.

This is where things started to get really interesting.  When I asked for directions to the bakery I was told that I didn't want to actually drive myself since the bakery was a bit hard to find.  Now if an Albanian tells you some place is hard to locate you know it has to be difficult.  With this in mind I made arrangements for an Albanian driver to bring me on the quick trip.   Albanian streets are notoriously unmarked with building numbers being even less evident.  I don't know if I've ever seen a street address that I would readily recognize.  Knowing all of this I felt as though I had made the right decision in getting a driver to bring me.

Of course it was pouring rain when we set out this afternoon so what should have been a half hour drive ended up taking twice as long.  When I asked the driver if he knew where we were going he said that we would call the bakery when we arrived in Durres and they would guide us to their location.  Close to an hour later we arrived in the city and a telephone call was made.  I only half listened to the Albanian conversation but also didn't really pay attention to our location.  After a few minutes we once again pulled over on the side of the road and another phone call was made.  And then five minutes later this pattern was repeated.  To switch things up a bit the next call was initiated by the bakery.  This continued for several iterations until we made a u-turn and headed back in the direction we had come from.  Keep in mind that the rain was still pouring down at a blinding rate.  Another series of phone calls lead to our pulling over to the side of the road and the driver getting out to ask directions. A series of hand gestures had us turning around again, making a right then pulling over to make yet another phone call.  This time we backed up half a block and made a left turn at what I was assured was our destination.  Following a rutted dirt road we circled what looked like an abandoned building and found ourselves in an abandoned parking lot.  We asked directions from a group of young men loitering in the rainy parking lot but they were unable to offer any assistance to us. We once again back tracked, asked for more directions from by-standers, made another phone call, then headed down another road through several feet of flood water.  Finally, looking to the right I spotted our destination. The sign was so small and obscure that we almost missed it.  Ah, not only was this an Albanian business but it had a real Albanian address.  If you aren't a local it is unlikely that you will be able to find it.  After a quick, two minute transaction our car was loaded with freshly baked bread and we were on way back home through the rain.

Only in Albania would a "quick" trip to the bakery end up being such a production.  But then again, most things in Albania are a production.  I should know this now and realize that nothing is as simple as it should be.  The good news is that in the end, the excursion was totally worth the effort since the bread was delicious and all of our guests loved it.  The bad news is that I would never be able to find the bakery again.
Posted by Zosia at 22:31