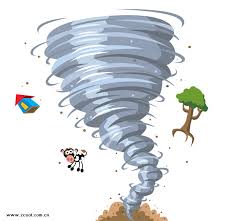 I love online shopping and as the constant flow to our mail room demonstrates, rarely does a mail shipment arrive without at least one package for me.  I love to travel and we have taken some pretty amazing trips since we arrived in Albania two years ago. I seek out the perfect, and more often than not, imported ingredients for cooking and all of these comes at a cost.  I spend too much money on long lunches with girlfriends and the cost of one month of my hair maintenance would keep Glenn's haircut for an entire year.  All of these things cost money and some days I find myself questioning whether I spend too much money.  At the moment we can afford it and we are socking away a significant amount into our savings and retirement accounts so it isn't like my habits are breaking our bank account but sometimes I feel a bit guilty.  And then I have days like this past Tuesday and any guilt I may have felt quickly disappears.  It is days like that where I earn every penny (and then some) that I spend.

We were hosting yet another dinner for an Albanian family.  Because the couple would be arriving with their two elementary age children, we had decided to keep things informal and eat in our upstairs dining room with Sidney.  The menu would be simple with American cuts of beef on the grill for adults and American hot dogs for the boys. While I had thought about the menu ahead of time I didn't put my usual amount of energy into stressing about the details since this would be a casual, family-style meal. Somehow I still found myself running behind all day.  As I rushed home a few minutes before five to bake a pan of brownies to serve for dessert, I was relieved that the meal promised to be so much less stressful than the formal, and sometimes uncomfortable dinners we serve downstairs.  But then the "party" began and I found myself longing for an uncomfortable dinner surrounded by people speaking minimal amounts of English.

Our guests arrived in a whirlwind of energy.  Sidney was in prime form and immediately began entertaining our seven and nine year old guests with dancing to the X-Box, racing matchbox cars down the hallway, a flurry of ball throwing, and a variety of other things that boys do to amuse themselves.  Sidney is good about playing with children of all ages and once these boys discovered that he understood their native language, the conversation switched to exclusively Albanian.  I was relieved to see that they were all getting along, no one was getting hurt, and no one was being excluded.  I naively thought that after the initial hub-bub surrounding their arrival, things would calm down.  But that was not to be...........As we sat down to the dinner table the chaos only increased.  Food was simultaneously eaten and rejected, additional items were requested, drinks were requested then spilled, and the noise level continued to escalate as the meal continued.  I spent more time running back and forth to the kitchen than I did sitting and eating my own meal. By the time I really started eating the kids had already left the dining room and moved back to the playroom.  In the middle of all of this Sidney earned a time out for bad behavior but rather than calm the situation every one's disruptive behavior only continued.  Time was definitely dragging as I kept sneaking peeks at my watch and wondering when the evening could end.  Dinner merged into dessert then coffee and still the noise continued with the other adults in the room appearing oblivious to the escalating chaos that was surrounding us.

But the end of dinner did not bring about the end of the evening.  The whirlwind of destruction moved into the living room and out onto the balcony which made the house quieter but did nothing for the neighborhood.  Not being able to take it any longer I set about cleaning the kitchen (something I usually avoid doing until after the guests have departed).  Once the kitchen was cleaned I moved onto cleaning the playroom and then finally the living room.  (Anyone who knows me knows how much I despise cleaning so for me to willingly do this must mean I am really out of sorts).  As I was laying on the living room rug struggling to retrieve the matchboxes that had somehow found their way into the far reaches under the couch, I didn't know whether I should laugh or cry.  I'm sure the sight of me stretched on my stomach was a funny sight yet I found myself thinking about the circumstances surrounding the entire evening.  Cleaning up after my own family is one thing; picking up after guests who have created this much chaos is another one entirely.  When did I sign up for all of this?

So I return to my original pondering about guilt.  Maybe you could say all of this is part of a day's work. And perhaps it is; after all you take the good with the bad, or not so good.  But still there are days like this past one that really makes me wonder.  Should I feel guilty about my spending?  I unequivocally stick with saying no.
Posted by Zosia at 15:37