Classics Are Never Out Of Style 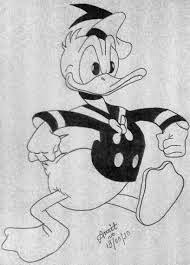 We live in a fast paced world. From the Internet, Instagram, Twitter and Facebook providing us with news and status updates the minute news breaks to portable technology which allows us to bring the instant news with us, it feels as though we are always connected. And it isn't just adults who are a part of this trend. Facebook groups are filled with queries for the best iPad and Kindle apps for children as young as age two and every child seems to have a game system (or two), cars come equipped with rear seat entertainment systems complete with DVD players and headphones, and there are other electronic setups that one could only dream about a few years ago (and I am probably unfamiliar with). Yes, things are moving fast.

Perhaps I am dating myself here but one of the "advances" I love is that of cartoons. I grew up on black and white then color Saturday morning cartoons. Wiley Coyote and the ACME supply company and Mickey Mouse and his companions were a weekend staple in our household. Somewhere along the line, however, these classics gave way to more modern animation. First came claymation then Pixar popped onto the scene with their glossy computerized cartoon images. Our DVD cabinet is filled with the likes of the Toy Story, Cars, and Ice Age series amongst others. Sidney knows the words to most of the movies and can watch them over and over again. And because of their multi-faceted levels of humor, even his parents enjoy watching them. (But maybe not as much as he does). These are the only cartoons (I'm not really sure you can even categorize them as that though) that Sidney knows. It was only recently that I realized that Sidney is missing out on the classics from my childhood. For Sidney, Mickey Mouse only exists in the form of the Mickey Mouse Club and is just as agile and colorfully animated as his Pixar buddies. So when he recently saw an old Disney film featuring Donald Duck, he excitedly asked me what it was.

Our local grocery store has a children's room in the front of the store which is in view of the checkout lines. (American grocery chains would do well to adopt this practice). Inside this small room are giant sized Lego building blocks, a small slide, and a television and DVD player that only plays what I consider the animated classics (alternating back and forth from English to French of course). During a recent trip to the store Sidney came running up to me in the check out line wanting me to come with him to "see something cool." When I joined him in the play room I saw Donald Duck playing on the screen. Sidney wanted to know what it was. After I explained who Donald was Sidney wanted to know why there wasn't any real color on the screen. I did my best to explain why but Sidney quickly hushed me since he was mesmerized by the scene that was playing out before him. I wanted to leave the store but as Wiley Coyote came onto the screen Sidney begged me to stay longer. We weren't watching fancy animation and the plots were ridiculously simple but Sidney was soon laughing out loud at what he saw. It made me realize that he was getting just as much enjoyment, if not more, from this simple film than he does out of his flashy movies at home.

On the drive home I explained to Sidney that the cartoons he had watched were the ones that his father and I had grown up watching. He wanted to know if we watched Cars when we were little. I told him no but talked about Donald and Mickey and their friends. He responded by telling me that he thought that was funny but he also liked the movie he had seen and he wanted to see more. So on our next trip to the library we made a beeline from the DVD section. Much to both of our delights the library has a large selection of these classic cartoons. We chose one to take home and it is the only one Sidney wants to watch at the moment.

It is fun to be introducing Sidney to such childhood classics. In a culture where we are obsessed with everything being new, modern and "the latest" it is refreshing to rediscover and introduce my son to these classics. Perhaps they are now considered retro but whatever you call them, for me it reiterates that if you find something classic it will never go out of style. Perhaps Pixar films will be that way for my grandchildren's generation. But who knows if there will even be animation, cartoons, or even movies by that time.........