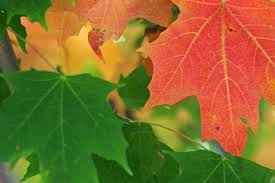 When you move as often as we go, it is often difficult to determine what is "normal" on the weather front. When you move from one continent to another or one climate zone to another (from the Mediterranean to a country bordering the North Sea for example) it is even more difficult. I had been warned that Belgian weather wouldn't be what I was used to; the hot and sunny days of Albania would be a thing of the distant past while cool and cloudy with lots of rain would be my present and future. But how do you really know what to expect? Well, I've learned to expect the unexpected.

I tend to judge weather by the clothing I wear; the warmer the weather the fewer and lighter the layers. It was on Sidney's final day of school at the end of June that it really dawned on me what Belgian weather was like. Why? Because I was wearing the exact same outfit, complete with number of layers and a jacket, that I wore on his first day of school back in February. I kid you not. If we had been back in Albania or even the United States I would have been slathered in sunscreen and wearing a light dress. Instead I was wearing jeans, a long sleeve sweater and a raincoat. I found myself wondering whether summer would ever make an appearance.

But she did. On July 3rd to be exact. We were hosting a cookout at our house and it was hot. Up until that moment I hadn't wished for air conditioning, but on that steamy afternoon I was ruing the fact that Belgian houses didn't have any cooling units. But not to worry; July 4th broke to the cool and cloudy weather I had grown accustomed to. That week we wore two sweaters and windbreakers while visiting a North Sea beach. So much for my Belgian summer......

In anticipation for our trip back the the US I broke out my summer clothes and packed my suitcase with  the light and airy summer clothes I hadn't seen since last fall in Albania. And I needed them; southern Virginia in July is hot and steamy. Everyone there said it wasn't as hot as usual (whatever that means; my body had long since forgotten) but to me it was hot. Unbearably hot at first but then I adjusted and welcomed the heat. I enjoyed being able to once again wear those long forgotten clothes. But then I flew back to Belgium.

It was cool when we returned with the weather feeling decidedly fall like. Cool crisp mornings with warm but not hot days. I thought it was a fluke but one fallish day turned into two then three and four. I was once again wearing cozy sweaters and fleece and thinking about making stews and baking with pumpkins. These are definitely fall trends for me and I found myself checking the calendar to make sure I wasn't missing a month. Yes indeed it still the middle of August but here in Belgium Mother Nature is saying otherwise.

I've talked to other people here in Belgium and they have only confirmed what I am now suspecting; summer is over and we are settling in for a long drawn out fall. As we prepare for school to start once again it actually feels like those new back to school clothes can be worn without over heating. The days are getting significantly shorter; the 23.00 sunsets of July are now 20.45 August sunsets. But I'm not going to complain. I'm a New England girl at heart and love my autumns. They are one of the things I missed the most while we were living in the Mediterranean. Sure the days are shorter but I'm a fan of sweaters and cozy clothing. We have a new fire pit that will make these cool dark evenings enjoyable. I love the hearty foods of autumn and look forward to cranking up my oven again. Perhaps this year we will be able to go apple picking, find a pumpkin patch and carve jack-o-lanterns for the first time in years. Yes, I love fall and I'm looking forward to enjoying it for the first time in years. And if it comes a month (or two, three or even four) earlier than I have grown accustomed to, so be it. That just means there is more time to have fun. And I intend to!