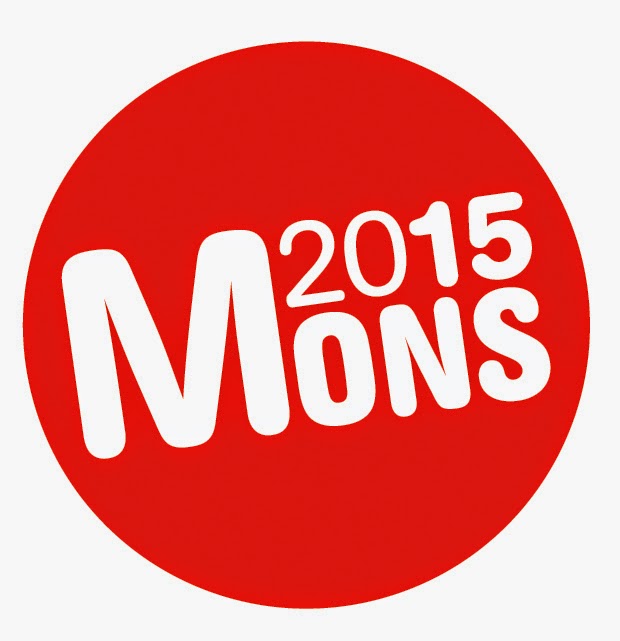 In yesterday's blog post I shared pictures from this past weekend's opening event for Mons 2015. Today I'm going to explain what Mons 2015 is and some of the things I have to look forward to in the coming year. (Again I keep telling myself that it is just so cool that I have all of these great events taking place literally blocks from my house!).

So what is a European Capital of Culture? Simply put, it is a cultural initiative within the European Union that annually showcases the cultural heritage of selected cities.

Since 1985, the EU Council of Ministers has been selecting between one and five European cities to carry the title for a one year time period. The first city to carry this designation was Athens, Greece and since then cities large and small, capitals and provincial outposts throughout Europe have worn this designation with pride. This designation has been used as a tool for urban renewal, job creation and economic growth as well as an opportunity to highlight the sometimes neglected artistic and cultural aspects of a community. In a 2004 study the European Commission found that being selected as a European Capital of Culture has created longterm transformation for chosen cities. Simply put, this designation is a big deal. And that brings us back to Mons. 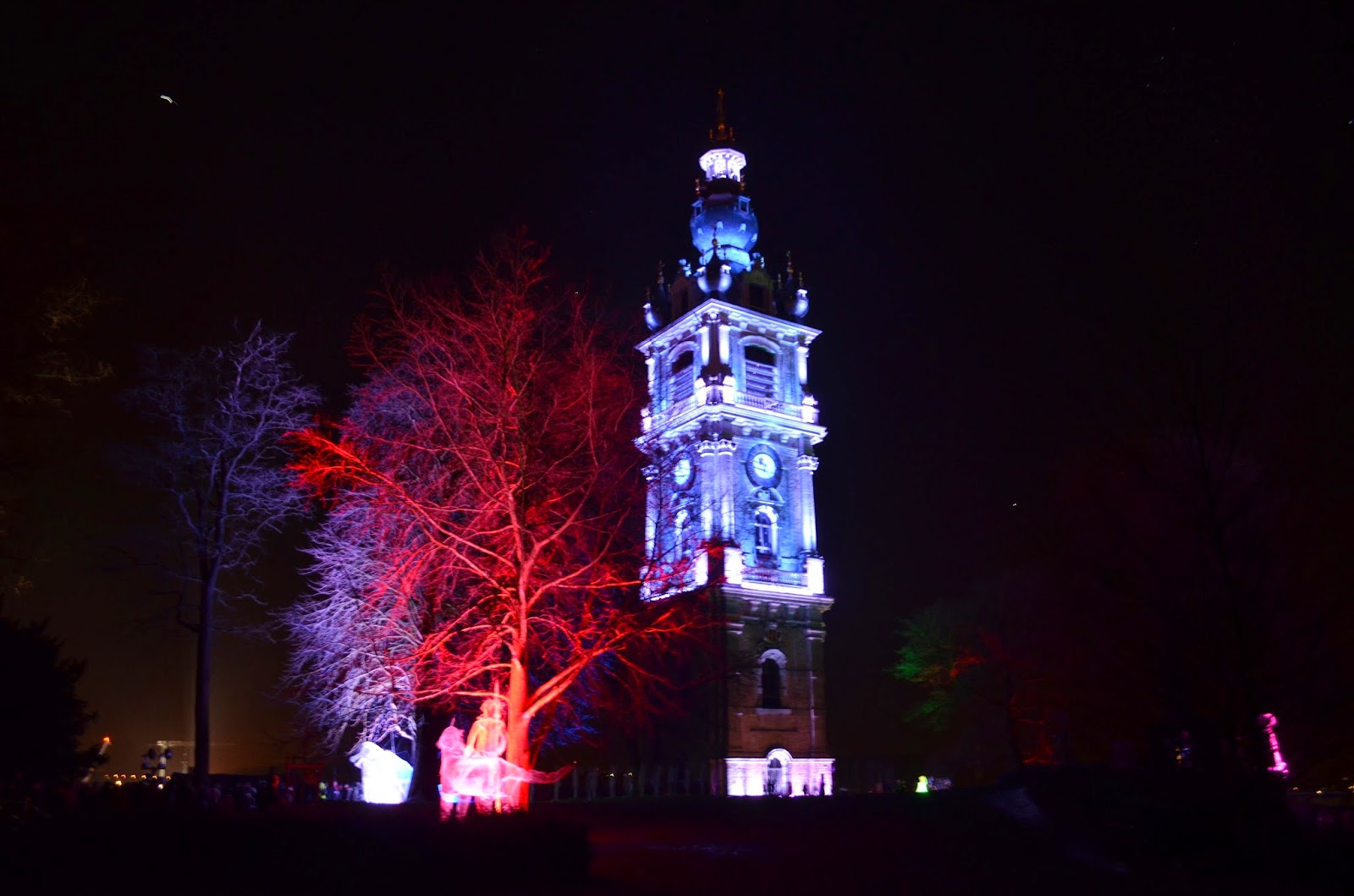 Yes, Mons. This little city is the southwestern part of Belgium, often overlooked and neglected is a 2015 European Capital of Culture. (Mons shares this year's title with Plzen, Czech Repubic). I had known about this designation when we first moved here a year ago. At the time people were referencing it but the details were vague. We heard that the year would be filled with activities but that was all we really knew. A new train station was being built in anticipation of all of the visitors who would be descending. We've been watching the construction's progress, or lack there of, over the past year and wondered if the station would really be completed in time. (It turns out our doubts were founded with the projected completion date now being the "end of 2015"). A large wooden piece of public art by Belgian artist Arne Quinze went up...and then came down. As residents of the city center a month ago we received a notification informing us of street closures, residential parking bans and driving restrictions within the city. I began to wonder if this designation was going to be more of an inconvenience for us than anything else. 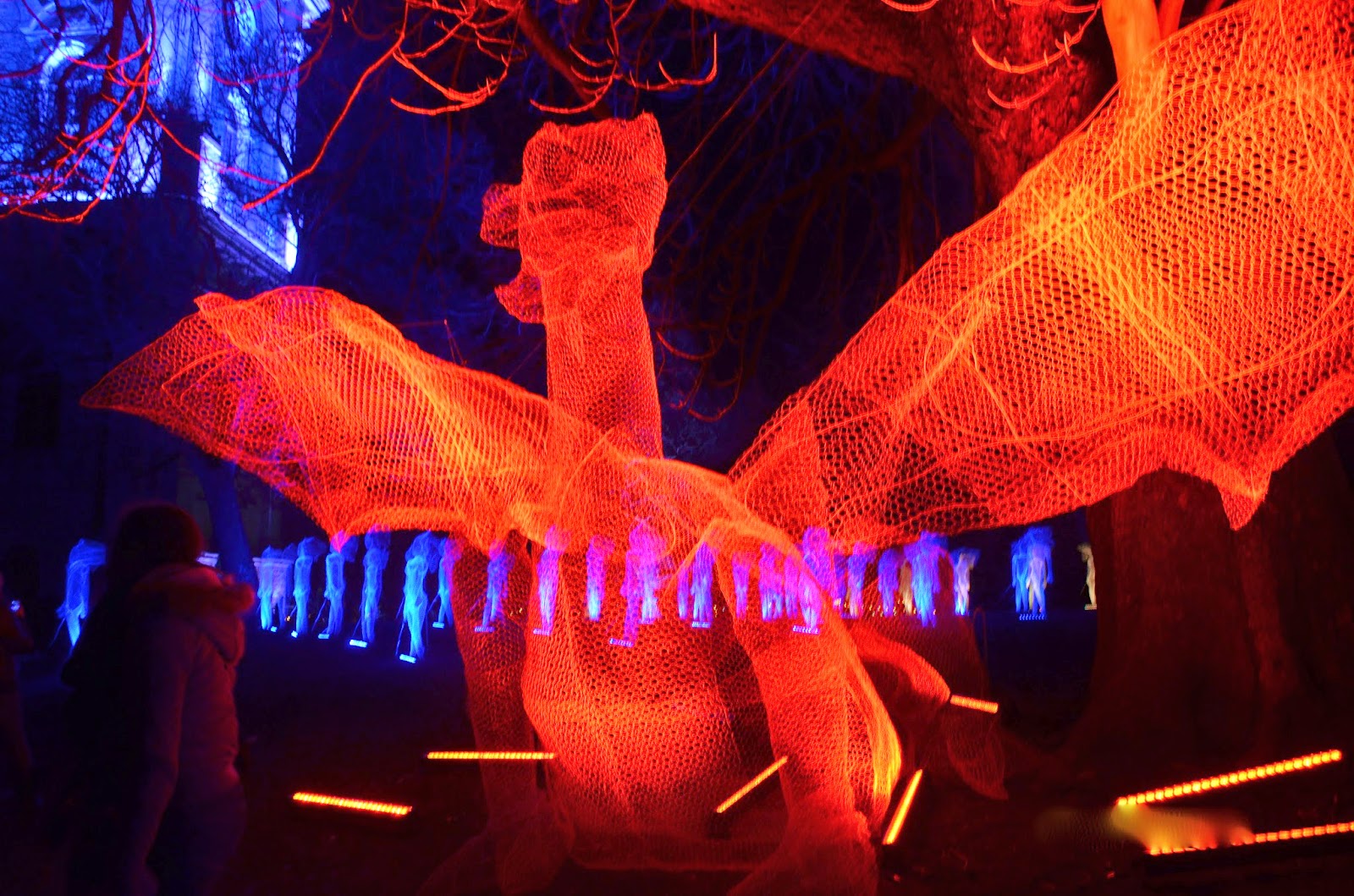 But then, Mons 2015 officially opened. As the weekend approached the streets looked cleaner and more litter free than usual. Barriers and no parking signs were placed on corners and intersections. Roads began to be closed. In anticipation of the parking and driving ban we made plans to hunker down for the weekend and enjoy the festivities by foot. (Again, this is the great thing about living right in the center of the city). The theme for the opening festivities was "Illumination". As in lights. And sure enough, after a snowy then rainy morning the weather cleared up and illuminated art displays filled the city's squares, parks and open spaces. I'll admit the silver foil ponchos that were handed out to make the audience a part of a "living mirror ball" were a bit weird and perhaps I didn't see enough of them to truly appreciate their intended effect. But the larger than life, multi-colored sculptures that filled the Belfry park were spectacular. (We can see the belfry from our house and have been watching its changing color displays for weeks but it was great to finally be able to see it up close). Then there was the fantastic fireworks display that we could actually view from the second story of our house. But our favorite exhibit of all was the one involving fire. Located in Place du Parc, impressive displays involving fire and water filled the streets and green spaces. There were the giant flame filled balls that were suspended from a crane, candle lit arches over all of the park's walkways, giant fire pits that served as both warming stops and art and artists playing with fire and flames. A band performed under and flame filled stage. It really was a spectacular sight to behold.

I'm not sure what I expected to see but I must say I was impressed by all of the evening's events. Sure the crowds (not as bad as I had anticipated) and blocked streets were an inconvenience but it was all worth it. I've always loved the way Europe embraces public art, both the traditional and envelope pushing displays, and the Illumination event highlighted the best of public art. I'm now excited to see what the rest of this year of culture holds in store. And apparently others feel the same way. CNN's travel section named Mons as one of the top ten destinations to visit in 2015 and Britain's The Guardian has been covering this year's activities in Mons. If the media hype is to believed, the crowds are going to come. Am I ready? Yes. I can't wait. It really is a great time to be here in Belgium. 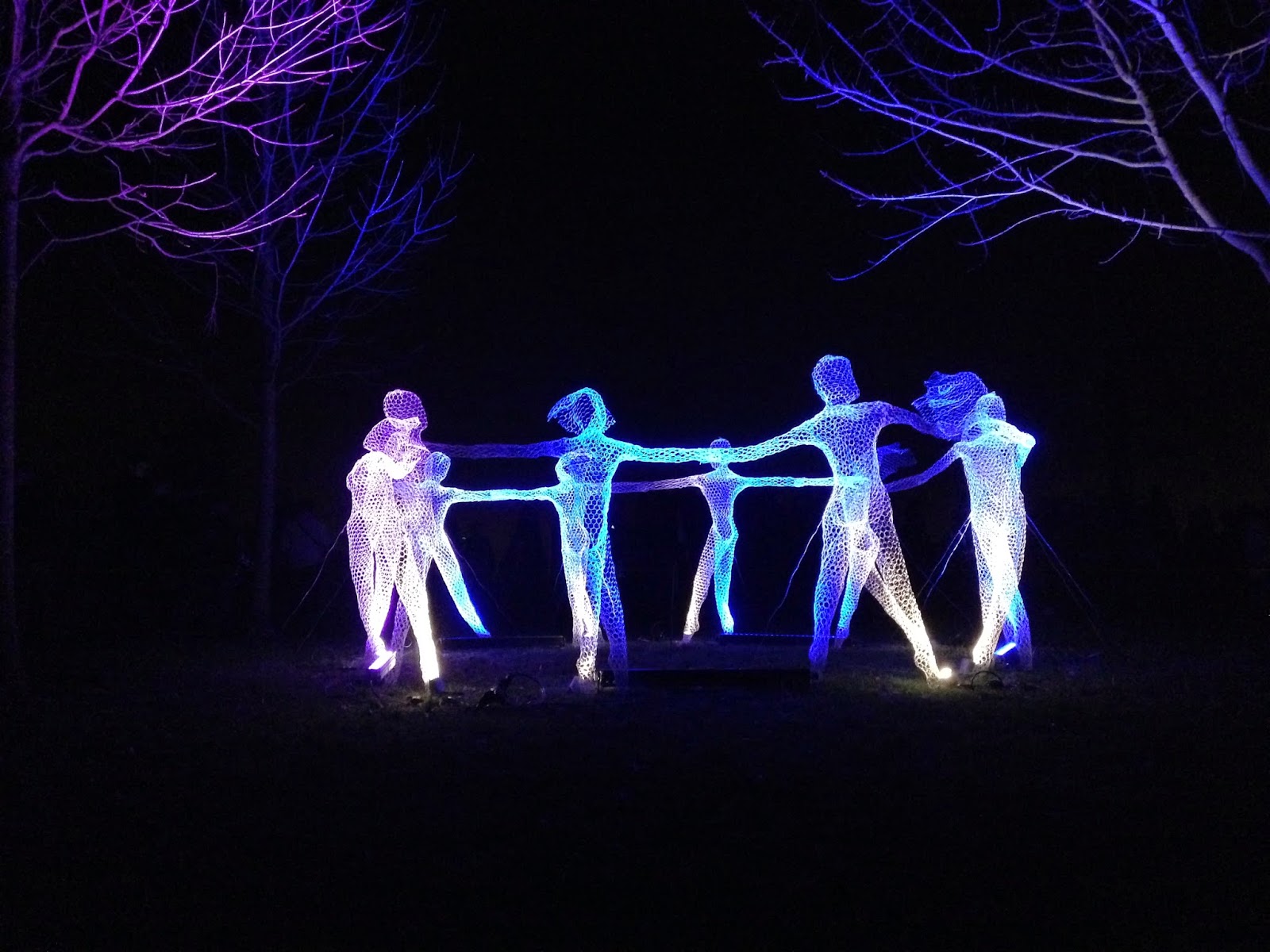