A Date With Van Gogh 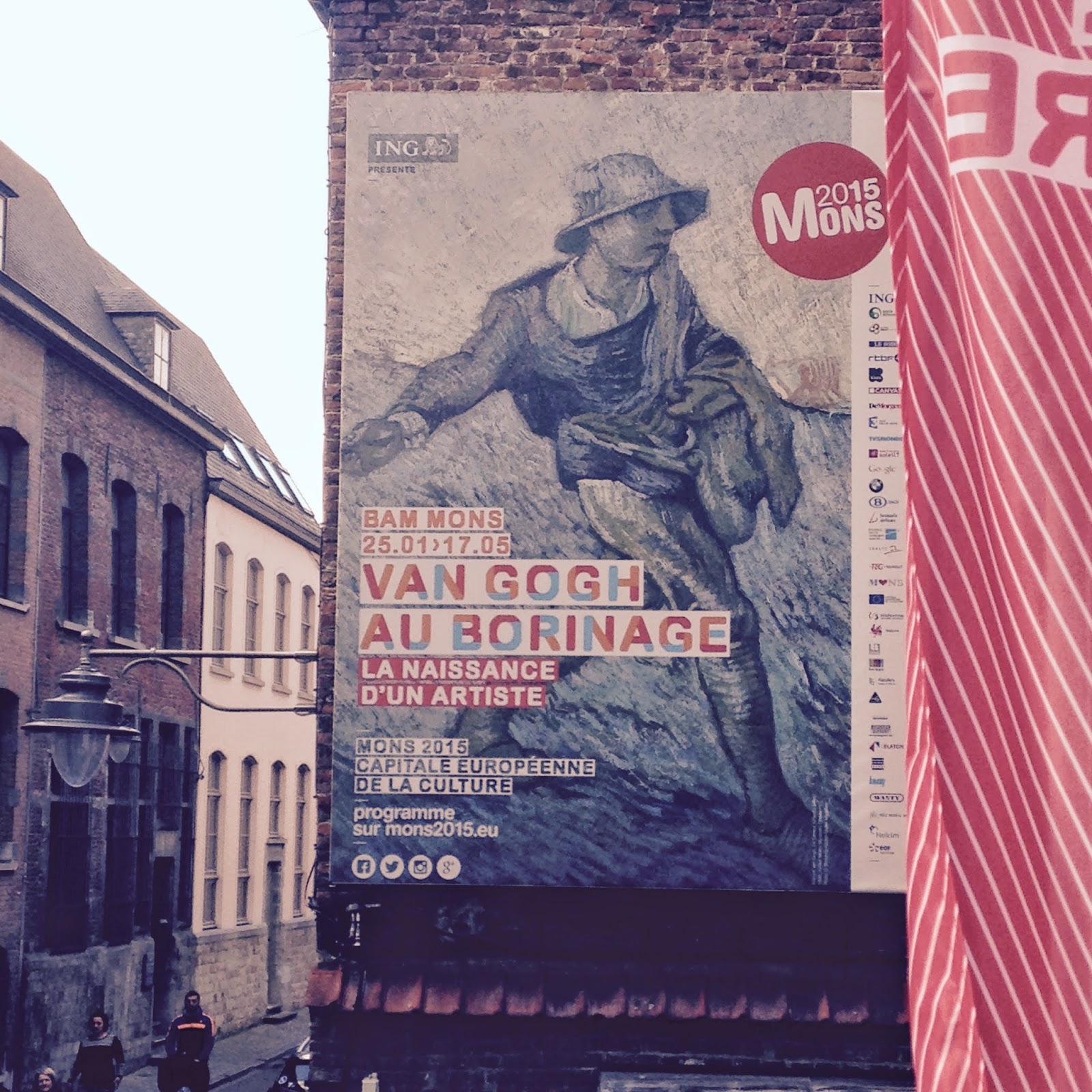 This year Mons is a European Capital of Culture and with that designation comes an entire year of cultural activities right here in our little part of Belgium. Earlier this winter we attended Illumination, the kick off event for this year's festivities and most recently we took in a Van Gogh exhibit at BAM, Mons' own modern art museum.

Van Gogh has been all of the rage this year. Sidney's kindergarten class has been studying Van Gogh since the beginning of the year. They've been looking at his art work, making their own five year old renditions of his sunflower paintings and even piled onto a bus and took a field trip to see the exhibit when it first opened. Sidney came home telling us that it was "the best field trip ever" and he wanted to take his father and I there to see Van Gogh's work. So this past weekend we did just that. But I'm getting ahead of myself.

You might ask yourself why Van Gogh in Mons? Well the answer is that Vincent Van Gogh is actually a product of Mons. Van Gogh had a short but turbulent life which lasted a mere 37 years. During this time he toiled with various professions: art dealer, teacher, book seller and lay preacher before focusing on his art work. Between December 1878 and October 1880 Van Gogh lived in the Borinage mining region (the area surrounding Mons) and worked as an evangelist missionary but it was during this time that he developed his artistic ideology. His early work was rather primitive and reflected the world he saw around him; miners and their families, hardscrabble villages and Belgian landscapes were the subjects of his earliest drawings and paintings. His work reflected the everyday realities of miners, peasants and weavers and by all intensive purposes was quite grim. But his work reflected the times and his perspective on the world and although his time in Mons was brief it shaped the rest of his career as an artist.

The BAM exhibit is entitled "Van Gogh in the Borinage: The Birth of an Artist" and features his early work, much of which was produced right here in Mons. The exhibit is comprised of a combination of original work and reproductions done in oils, watercolors, pencil and even woodcarving.  Many of the pieces are copies of the works of artists he admired, including Jean-Francois Millet, and visitors can clearly see the progression of his skills as they walk through the exhibit. An early work entitled "The Hag" depicted an old beaten down horse. On one hand I don't think it is a particularly artistic or even well done painting but one does get the sense that the horse had led a hard life. Later paintings of animals are more sophisticated and well done, thus reflecting his evolution as an artist. Personally, I am an admirer of Van Gogh's later works but it was interesting to see how his skills truly did develop over time. More often than not we only have the opportunity to view masterpieces and never get a glimpse of where the artist came from when they were getting their start. With this Van Gogh exhibit we are given just that and for that reason alone, a visit to the BAM is well worth it.

The Van Gogh exhibit is temporary, with many of the pieces on loan from the Van Gogh Museum in Amsterdam and will be at BAM through the middle of May so now is the time to visit. If you miss this exhibit not to fear; other temporary exhibits will follow.