The End Of The Reign Of The Pasha

Pasha:  Originating from the Ottoman and Turkish Empires denoting a high rank traditionally given to governors, generals and other dignitaries.  The title could be hereditary or non-hereditary, was commonly associated with military commanders and was regularly bestowed upon those whose favor the court wanted to curry.  Some have compared the title to that of the British lord.  Because the title was solely a part of the male dominated hierarchy,  a pasha's wife was entitled to no special title or rank.

In Albanian, the word is often used to refer to male royalty, either real or perceived.  In a society that still views men of all ages as dominant, the use of the word is quite fitting. 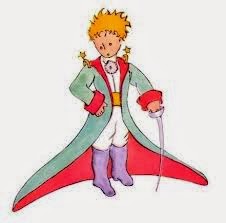 Our nanny likes to refer to Sidney as a little pasha.  I kid you not.  A little pasha as in a boy who can do no wrong; whose every whim and desire must be catered to.  It doesn't matter whether or not he can do things for himself or in fact does them himself when he is alone with us; if she is with him she insists on doing it for him.  From getting him a snack to picking up his toys and dressing himself, she does nothing to encourage Sidney to be independent and instead does these simple tasks for him.  Toilet training proved to be a particular problem.  All it took was a simple refusal from Sidney and back into his diapers he went.  The moment that made me snap however, was an evening last month when I walked in the door to find Sidney reclining on the sofa, head and feet propped up on pillows, with his nanny sitting on the floor below him. She was feeding him bits of food from a fork.  When he saw me, Sidney proudly told me that they were "playing pasha" then proceeded to ignore me while holding his mouth open for another bite.  Speechless, I turned and walked out of the room.

I actually really like our nanny and in many respects she has been a godsend to us over the past two and half years.  She has been flexible beyond belief in her time, has taught Sidney to speak fluently in Albanian, and I can say without a doubt she loves Sidney as if he is her own grandchild.   However, it is her adoration and love for him that in many respects, has made our job of being responsible parents all the more difficult.  Parenting is both a generational and cultural issue not just here in Albania but around the world.  In our nanny's defense, she is a product of both a culture and a generation who really do believe boys (and men) can do no wrong.  I've seen it in the way she waits on and is in turn, treated by her own husband.  She raised two boys and the stories she tells me make me both cringe and wonder how they function as independent adults.  (Although as an adult, one is still single and lives at home with her so that in itself might answer my question....).  She knows that we have hard limits where Sidney is concerned; safety is first and foremost with helmets being worn on the bicycle and scooter, no riding in cars without being securely fastened, and after we came upon a neighborhood game of cops and robbers, no toy guns or anything that resembles them.  She gets this and I feel respects these expectations.  But these other culturally ingrained behaviors have been a battle we just haven't been able to win. 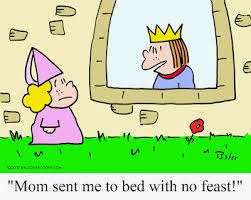 But all of this is rapidly coming to an end.  Had I walked into the "playing pasha" scene months ago, we would have seriously considered letting her go.  After all, this game is indicative of everything we don't believe in and behavior we don't want to model as parents.  I'll admit, being so close to our departure from Albania I chose the easy way out and am just biding my time.  But things will certainly be changing in household Brown.  We often spend weekends undoing the pasha like expectations that Sidney lived by during the week.  He will test us but after many tears and much testing, he understands that this behavior isn't condoned by his parents.  As painful as I know it will be for everyone involved, Sidney's new daily reality will involve no playing pasha, being treated by a pasha or being waited on hand and foot.

We've already introduced the idea of chores and the expectation that we all contribute to the running of the household once we settle into our new home.  Recently we developed a star rating system where each evening Sidney (with our assistance) rates his behavior on a five star scale and we jointly discuss the merits of each star he may or may not have earned.  Sidney is slowly making the connection between good behavior and more stars and has gone as far as telling me that he wants to have a five star day but sometimes it is just too hard.  To me, that is progress and makes me incredibly hopeful.  But I am under no delusion that all of this will be easy.  The fact that we will be in an environment that encourages independence and self sufficiency amongst even the youngest of citizens will hopefully make this process easier.  I know we will have some embarrassing scenes (how long can we blame his Albanian upbringing for the bad behavior?) but we will persevere.  The reign of the pasha is officially over but with it behind us this Mamma might enjoy playing queen for a day.
Posted by Zosia at 11:30