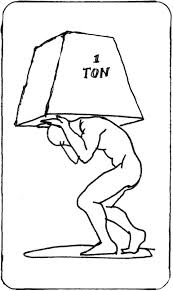 We all have it (at least once in a while). Or at least I do.  The feeling that we could have changed what we did or made a different decision in terms of our children.  Call me an insecure parent but I struggle with this uncertainty in regards with many of the decisions I have made in regards to Sidney.  I've felt guilty about each sickness or sadness he has encountered feeling as though I could have done something to prevent or at least temper them.  Bedtimes, diets, even the choice of toys and clothing are opportunities that cause me to wonder if I have made or am making the right decisions.  I still feel guilty over the time Sidney developed strep throat while I was in Germany and he was in the very able care of his nanny back in Tirana.  After all, shouldn't a child have his Mamma around when he is sick?  Pre-school or nanny?  Bucking the trend of those around us we've opted for a full time nanny rather then sending Sidney to a local pre-school. It isn't a money saving measure; in fact it actually costs us more.  Sure Sidney may be missing out on some of the social aspects of attending school with his peers but he has no problem making friends at the local playgrounds, readily jumps in and welcomes new kids to the group, and can count to 100 and narrate his way through life in both English and Albanian.  This reaffirms the decision to have the nanny.  But then there are other, smaller decisions, that keep me up at night second guessing the decisions I have made.

We've been on vacation for the past two weeks road tripping our way through the Balkans.  It hasn't always been easy (this is the Balkans after all) but it has been an adventure.  As is the case whenever we travel, our normal routines were left back in Tirana.  We've all been staying up later than our normal appointed bedtimes, bath nights have been occasionally forgone for the littlest one, and regular meals have been skipped in lieu of ice cream for breakfast (although when the child opts for carrot sticks instead of McDonald's French fries from a Bulgarian drive through it is hard to complain).  Even for this die hard planner, being off schedule has been wonderful and relaxing.  Until it isn't and I find myself second guessing our vacation decisions.

Earlier this week while in Bucharest we joined Romanian friends for dinner.  They are friends from Tirana and were excited to show us around their home city.  As they gave us a guided tour of some of their favorite spots, Sidney enjoyed running along the broad pedestrian friendly sidewalks that line so many of Bucharest's streets.  When we came to a large park, complete with ponds, fountains, playgrounds, and trees he was beyond excited.  (You probably have to live in Tirana or a similar place to appreciate how nice it is to have clean and open green spaces free of stray dogs, pan handlers, and speeding motor scooters).  Sidney also loves leaves and picked up several large green leaves and their accompanying seed pods as we played on the playground.  After the playground we went onto dinner where I sanitized Sidney's grimy hands with my ever present wet wipes.   It was late when we returned to our hotels and as such, we skipped Sidney's evening bath.  At this point I didn't give his park experience another thought.  Until the next morning.......

Sidney awoke the next morning with a few bumps on his cheek.  He wasn't scratching them and wasn't complaining about their presence but as I looked closer I realized that these bumps were multiplying in front of my eyes and were in fact covering both of his lower legs, his lower arms and his entire face.  I started to panic and had visions of needing to find a Romanian doctor (on a Sunday no less).  Sidney is fully vaccinated for all of the usual childhood bumpy pox like diseases but I wondered about what he could have  potentially been exposed to on the playground.  (Yes, my imagination was running wild but I worry about his exposure to preventable childhood diseases a lot since we live in a region where vaccines are not commonplace).  Glenn took one look at him and said that the rash looked like a poison ivy.  I wasn't so sure but Sidney's lack a fever and his showing zero interest in the bumps tempered my fears ever so slightly.  I mean, I know what poison ivy leaves look like and I was certain he hadn't been playing in any patches.  For better or worse I decided to research poison ivy on WebMD.  Yes, the rash did resemble poison ivy, but as I continued reading I discovered that Ginkgo Biloba, a large green tree with known medicinal powers, has seeds whose fleshy outer coating produces chemicals that can cause blister like rashes on people with skin sensitivities to these chemicals.  These rashes are virtually identical to poison ivy.  Perhaps I had an answer.

The previous evening we had stopped to stand in the shade of a large Ginkgo Biloba tree and Sidney had proceeded to pick up its leaves and seeds while we discussed the tree and its medicinal purposes.  The cause of the rash was all beginning to make sense.  I didn't know that Sidney had an allergic reaction to Ginkgo (after all, why would I?) but it did make sense given the fact that both Glenn and I have strong allergic reactions to poison ivy and other skin irritants.  Knowing that his rash was neither life threatening nor contagious we visited a pharmacy where the pharmacist took one look at Sidney and promptly supplied us with a  clear gel to put on his rash.  Problem averted.  But then the Mamma guilt set in.

I started kicking myself for allowing Sidney to scramble all over the ground collecting leaves and such the previous evening.  If I was better schooled on toxic plants I would have known about the not so nice side effects of Gingko.  I know he is a little boy and that is what boys want to do but I felt that if I had given him more attention instead of talking to our friends he wouldn't have had the opportunity to expose himself to so many allergens.  If I had only insisted on a bath the night before instead of agreeing to wait until the next day we could have washed those chemicals right off of his body and perhaps prevented, or at least halted their spread.  Coulda, Woulda, Shoulda.  If only; if only; if only.................

Oddly enough, aside from a random comment or two about the bumps and wanting his skin to be smooth, Sidney seems to be oblivious to this whole experience.  He isn't itching and to help prevent the rude stares he's been receiving from strangers, he's been happily wearing his favorite pants.  If people have been making comments they've been lost on me because of the language barrier which is a good thing because the looks induce enough guilt without my hearing the words.  (I've also realized just how much cross contamination can come from a child's hands; this rash is everywhere and in places I know he didn't directly put leaves).  And the rash is disappearing already.  Yesterday his skin looked better than the day before and this afternoon he looks better than he was just this morning. Perhaps the rash will have all but disappeared by the time we return to Tirana.  I can only imagine the scorn and scolding I would get from his nanny if she saw what I allowed to happen to her Sidney.  That, would induce a whole new level of guilt.

We're still on vacation and continuing to skip meals while eating lots of ice cream.  We have, however, re-instituted baths before bed each night.  I know they are unlikely to prevent the next childhood hiccup that comes our way but if Sidney is clean, that is one less thing for me to feel guilty about.  Because as a mother, I already have enough guilt.