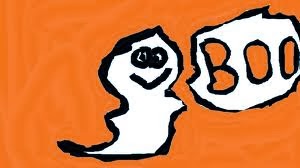 Today is Halloween.  Also known as All Hallow's Eve, there is controversy as to the true history of this day.  Some say it is a Christianized feast initially influenced by Celtic harvest festivals while others say it has always been a Christian celebration and yet others trace its origins to pagan roots.  Regardless of Halloween's origins, today much of the world celebrates by dressing in costumes, attending parties, and going door to door asking for either tricks or treats.  For many, it is a time honored childhood tradition.

Now, I'm probably in the minority here when I say that Halloween is my least favorite 'holiday'.  I don't dislike it on moral or religious grounds the way some people do; its just a personal preference.  No matter how much I try, I just can't get into the decorating, dressing up, and doling out of candy.   I suppose I can understand how most children get into it but I'm completely flummoxed by adults who feel the urge to dress up and run around like children.  And I even felt this way even as a child.  Maybe it was living in a rural area as a child where going door to door asking for treats was virtually impossible.  Lacking this opportunity, we used to gather at local grange halls (the rural precursor to community centers) for ghost and pumpkin themed parties.  My mother would dress my brother and I into our homemade costumes, pile on the heavy outer layers to protect us from the New England chill, and off we would go.  And I hated it.  Strange child that I was, I was most relieved when Halloween of fifth grade found me inflicted with a case of chicken pox (again, this was back in the days before the vaccine was readily available).  Because I was contagious I was off the hook for Halloween that year.  Finally I reached the point where I could forgo trick or treating all together without feeling like the odd ball amongst my friends.

In college I attended a costumed party or two and rolled into adulthood essentially avoiding the 'holiday.'  I seemed to luck out and live in one neighborhood after another where children were sparse and trick or treaters even more so.  I will admit that there was more than one October 31st where I sat at home with the lights out hoping that no one would ring the doorbell.  Sidney's first Halloween found us living on a military base where children outnumbered adults three to one.  Trying to get into the spirit of things we bought what I thought was a lot of candy, dressed Sidney up like a little bat, and dutifully handed out candy.  It lasted a total of 15 minutes since we were immediately overrun but children and teens, some costumed and some not. (I'm sorry, dressing like a teenager when you are one does not constitute a costume in my book).  When the candy ran out we turned off our light and continued with our normal evening routine.  And I breathed a sigh of relief that I wouldn't have to deal with it again for another 364 days.

As Sidney gets older it is getting harder and harder to avoid Halloween (although I imagine it is easier to avoid here in Albania than it is in other parts of the world).  As his friends get excited about dressing up and going door to door I don't want him to feel left out of the festivities solely because of my dislike of the proceedings.  And besides, Glenn enjoys it all.  So this year, Glenn took Sidney to the store to pick out his costume and tomorrow Glenn will take our little pirate to the Embassy's Halloween party (which ironically, due to my job, I am charged with planning).  I haven't decorated our home but I'm making sure that the Embassy ready to go.

I'm hopeful that my attitude towards this day will change as Sidney gets older.  For his sake, I will do my best to get into the spirit of the day but refuse to don a costume myself.  When he wants to carve pumpkins (an easy task to avoid here since they are so hard to come by), decorate the house, or go trick-or treating, I will make sure he has the opportunity to do so.  I will do this because, as parents, those are the type of things we do for our children.

Now give me Thanksgiving and Christmas, and that is an entirely different story.  These are my kind of holidays.  So bring on those days and I'll be much happier.
Posted by Zosia at 14:58