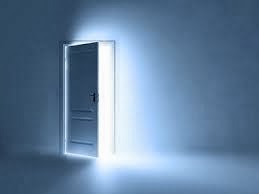 Day seven of the government shutdown the government is closed.  Or is it?  The official word is that the government is shutdown but it appears that many parts of the government are open after all.  Agencies charged with protecting our national security have remained open.  Border patrol agents, prison guards, and air traffic controllers remain on the job and are receiving paychecks.  As are employees of overseas embassies and active duty military personnel.  Approximately 400,000 Department of Defense civilians were furloughed but it now appears that as of this morning most have returned to work because of the last week's last minute passage of the Pay Our Military Act which is now being interpreted to allow workers who "support service personnel" to be recalled.  Apparently "support" is broadly defined here since those domestic commissaries that were shuttered last week are reopening and AFN (American Forces Network), the life blood for American network television for personnel stationed overseas will once again resume their programming.  (I suppose that by reinstating these services morale is being lifted but won't a budget resolution go farther towards increasing happiness than easy access to Nabisco and the latest episode of The Voice).  Cadets played in this past weekend's college football game between the Naval Academy and the Air Force Academy under the auspices that it would actually cost more to cancel the game than it would to play it.   (And having the game go on made ticket holders happy).  Over the weekend FEMA recalled many of their furloughed employees when it appeared that Tropical Storm Karen was going to make landfall along the Gulf Coast.  And then there are the Federal employees who got us into this mess in the first place; members of Congress have been working and throwing barbs across both sides of the while receiving a paycheck.  But wait, Congress does appear to be working; on Saturday they managed to reach an agreement that would allow furloughed employees to receive back pay for the days they missed once this impasse is over.  So perhaps progress is being made.

Some agencies and programs clearly are closed though.  The Department of Justice's Amber Alert program which provides immediate notification across the country when children go missing has gone off line.  Amidst great controversy, the National Park Service is closed but some states and local governments are using their own funds to keep parks open since they are vital to the economic health of their communities. WIC (Women, Infants, and Children), the Department of Health and Human Services program that provides nutritional assistance to women and children has closed their doors in some states and have cut back on services in others.  Head Start programs across the country have stopped providing day care services as well.  A fiery bus crash that left eight people dead in Tennessee won't be investigated because the NTSB employees who would normally investigate the accident are furloughed.  So yes, it appears that our government is still shut down.

Kind of....  Sort of.... It depends.... Or at least those programs that don't have a strong political voice advocating on their behalf seem to be closed.  If this is the case, and it appears that it may be, we can't really say that the Federal government is shutdown but rather, those portions of it that are deemed non-essential are closed.  But "non-essential" is all relevant.  First, it begs the question of who decides what is essential and what isn't and second, why is the government providing "non-essential" services in the first place?  For the people who depend upon these services they certainly are essential.  So if we are to use FEMA as an example, it would appear that government programs aren't essential until a community, entity, or someone in government with a powerful voice claims that they actually are.  Is this how a democracy is supposed to work?

So is the government open or closed or maybe a little bit of both?  And what does this mean for the American people?
Posted by Zosia at 16:02