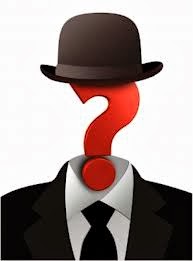 Identity is a complex concept. There are both physical and emotional qualities that help form one's identity and they are all as different as each of us. Physical characteristics are often personal and unique to individuals;  descriptions such as your height, eye and hair color help shape your identity as do demographics of age and gender. Your role in your own family and community also contributes to how you identify yourself. Parent, brother or sister, friend, spouse, neighbor, employee; they are all a part of shaping who you are.  Personal qualities and beliefs shape your emotional identity.  For many, race, ethnicity, and religion are vitally important and play a leading role in defining one's identity.  For others, it may be a conscious lack there of that defines it for them.  The list just goes on.

I've been thinking about my own personal identity since I returned from my recent trip to Poland.  The combination of my own Polish heritage and physically being in the heart of Europe that was destroyed, dismantled, and then rebuilt during and after World War II forced me to really think about how one's own, and my own identity are formed.  I'm one half Polish.  My Polish ancestors immigrated to the United States shortly after the first World War.  In my younger years we ate my grandmother's Polish cooking, listened to the occasional Polka, and heard her re-tell family stories from the old country and reminisce about her own memories of growing up in a Polish-American household in Cambridge, Massachusetts.  Despite my grandmother's brief brush with entering the nunnery, Catholicism, or any religion for that matter, played a non-existent role in my upbringing.   The other part of my heritage is a combination of a little bit of everything.  The family tree for that side of my family includes Pilgrims, dead presidents, and lots of Maritime Canadian ancestry but no strong ethnic identity to speak of. I don't  have any childhood memories of particular traditions or stories being shared from that side of my family.  All of this brings me to my own identity.   Who am I and how do I identify myself? I guess I'm an ethnic mutt but how exactly does this shape who I am?  This question brings me back to my recent ponderings about identity.

When I look around Europe I see forty-five plus countries of various sizes, populations, and ethnicities.  If you look at maps of Europe throughout the years you will see that the borders of countries and empires shifted with war, conquests, and time.  All it took was a slight shifting of a border and residents of one country could suddenly find themselves as citizens of another.  But in many respects geographic borders and boundaries are arbitrary.  Does living on one side of a border give you a different identity than living on the other side of the line? A border shift doesn't change ethnicity but it can suddenly make you an ethnic (insert any nationality here) living in a different country. And that can definitely shape how you and others identify you.

The country of Kosovo is a prime, modern day example of this.  Kosovo, Albania's neighbor to the east, is ethnically split between Serbs and Albanians yet because of the the geographic borders that define the country residents are technically Kosovars. The border between Kosovo and Serbia is still considered hostile territory to many while the border between Kosovo and Albania feels like a mere inconvenience with even the border crossings being fluid.  Living on the Kosovo side of the border and being a Kosovar (and carrying a Kosovar passport) brings with it different entitlements than living across the border in Albania and carrying an Albanian passport.  Yet many Kosovo residents identify as being Albanian.  So what does this all mean?

All this really makes me think.  Physical identity is fairly easy to label since so much of it is defined by traits and characteristics that are beyond our control.  But is emotional identity nothing more than a label either self imposed or imposed by others?  Does it matter how one identifies them self or how others identify them?  Does one's self identity matter more than how others identify you?  Perhaps it is really the later than matters the most.  Or does it?  For me, this is definitely something to continue to ponder.....
Posted by Zosia at 16:07