Let Them Eat Cake: A Visit To Versailles

We've been on the go a lot recently with our most recent trip being a long weekend in Versailles, France. Glenn and I visited Paris last year but knowing we were about to head to Belgium for three years, we spent our time enjoying all that the city had to offer. We knew we would have the chance to visit this famous chateau at a later date and so this past weekend that is just what we did. And as I discovered, Versailles encompasses so much more than the gilded chateau itself. There are acre upon acre (67 square kilometers in all) of manicured gardens, fountains, ponds and walking paths as well as several smaller chateaus.  All of it was beautiful and over the course of two days we saw most, but not all of it.

From 1682 until the Revolution Versailles was the seat of French political power with the village and town being built up around the magnificent chateau. Gilded with gold both inside and out, it is a sight to behold. It is considered to be the best example of French art in the 17th century. The original palace was built by Louis XIII then later enlarged by his son Louis XIV who then moved the government into the palace in 1682. Before the royal family left Versailles after the onset of the French Revolution, the palace was further expanded. We joined the crowded and strolled through the expansive rooms that were open for public viewing. It is hard to describe how over the top each room was. Each room was cavernous with high ceilings and large windows providing sweeping views of the surrounding estate. From velvet trimmed canopy beds, gold gilded walls and intricately etched crystal chandeliers it was all simultaneously sumptuous and simply too much. (Especially when viewed in light of the political and economic circumstances of France during the time that the palace was built and expanded upon). I almost felt relieved when we left the actual chambers and walked through the cool marble hallways that ran the length of the building. Their simplicity was most welcome.

The grounds surrounding the palace was lush, green and a wonderful place to wander. Although it wasn't intentional on our part, we visited the gardens during their fountain musical show. Baroque music filled the air as we moved along shaded boulevards lined with marble statues from one garden to
the next, watching the water dance to the music. Some fountains were basic fountains while others were gilded in gold and some, like Apollo's Bath, just left me shaking my head and asking "why".

I thought the gardens were my favorite part of the estate then we discovered Marie-Antoinette's estate, a smaller enclave and retreat set on the outer edges of the larger Versailles estate. Abutting the Grand Trianon, the recreational residence for Louis XIV and his family (a located less than a half hour walk away from the grand palace), this English hamlet was given to Marie-Antoinette by Louis XVI in 1774. Marie-Antoinette was the only queen to leave her personal mark on Versailles with this English hamlet designed by French architect Richard Mique in 1787.

Stepping onto the grounds really felt like I was walking through an English village. The grounds are said to be perfectly preserved with the rail fences, thatched roof cottages, rose filled gardens and fish filled pond eliciting Britain. Only the nearby vineyards made me remember that we were actually in France and not England. The estate also includes a small farm and vegetable gardens. It truly felt like we were in another world and not a quick walk from the over the top opulence of the main palace. Spending time here was my favorite part of the weekend.

Versailles is one of those places I read about in school and only hoped that I would be able to visit. I feel lucky that I had the opportunity to visit and see the riches for myself. So if you get a chance to go, do it. Two days is ideal to take it all in and if you can, stroll the gardens during the fountain musical show. You won't be disappointed. 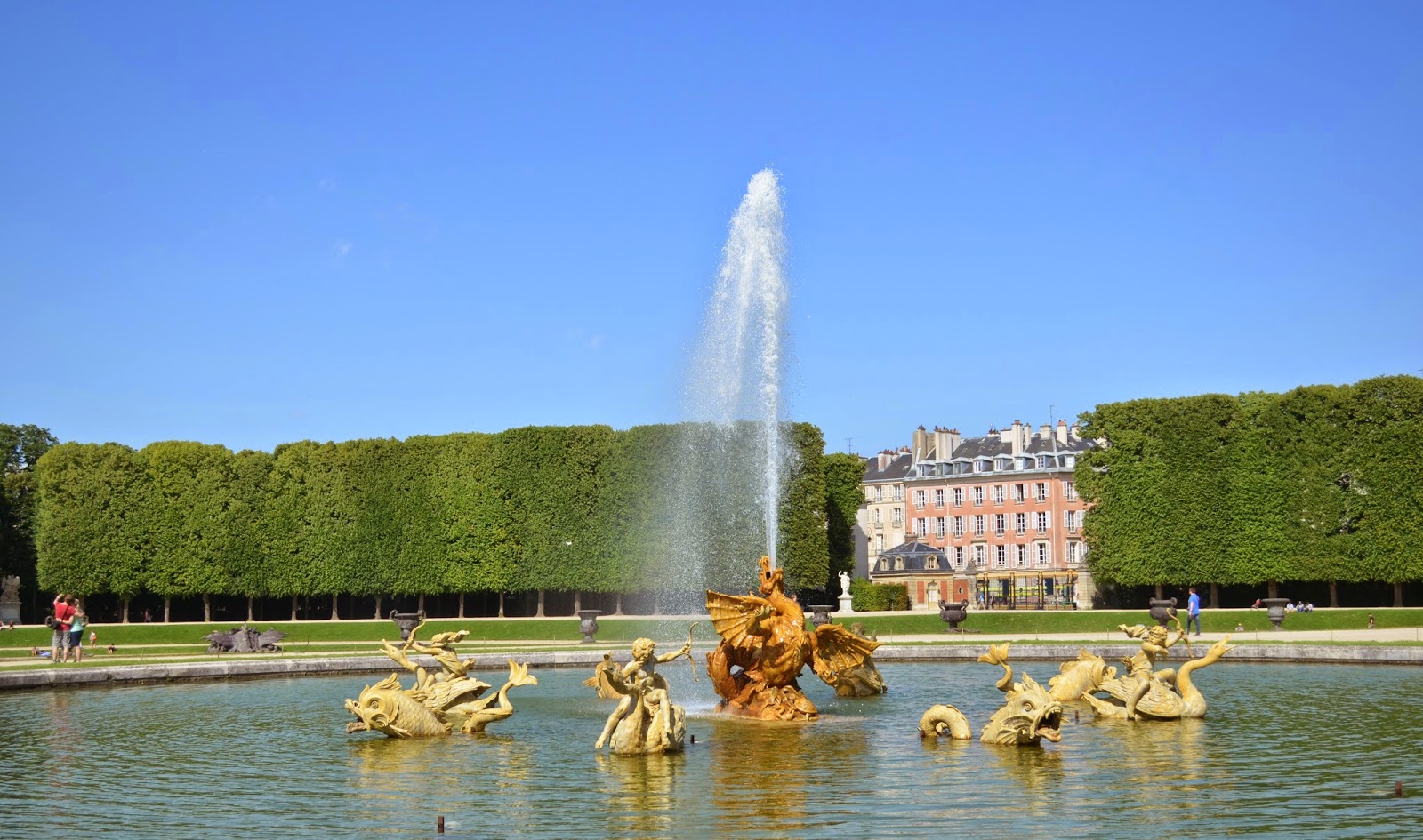 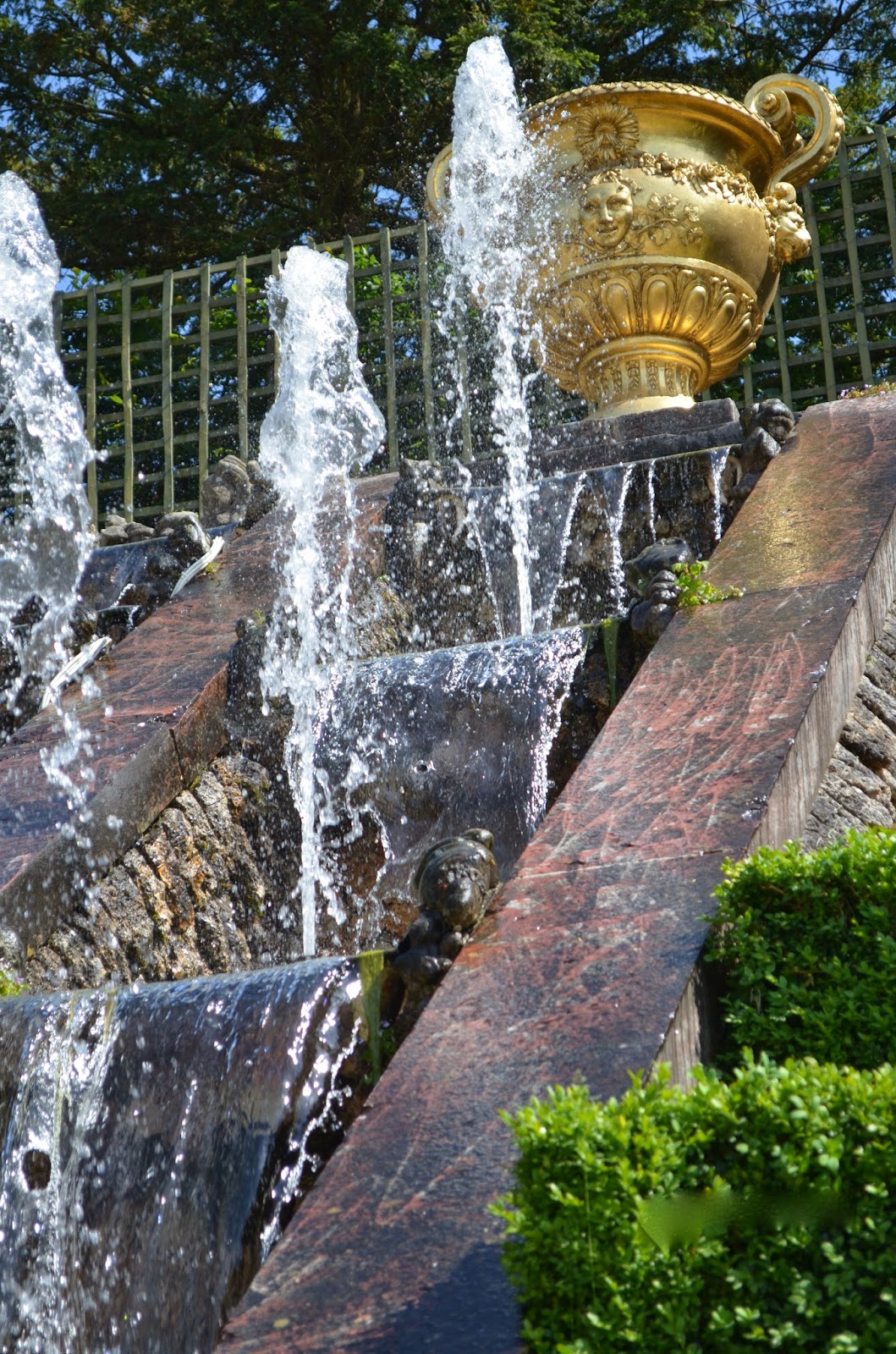 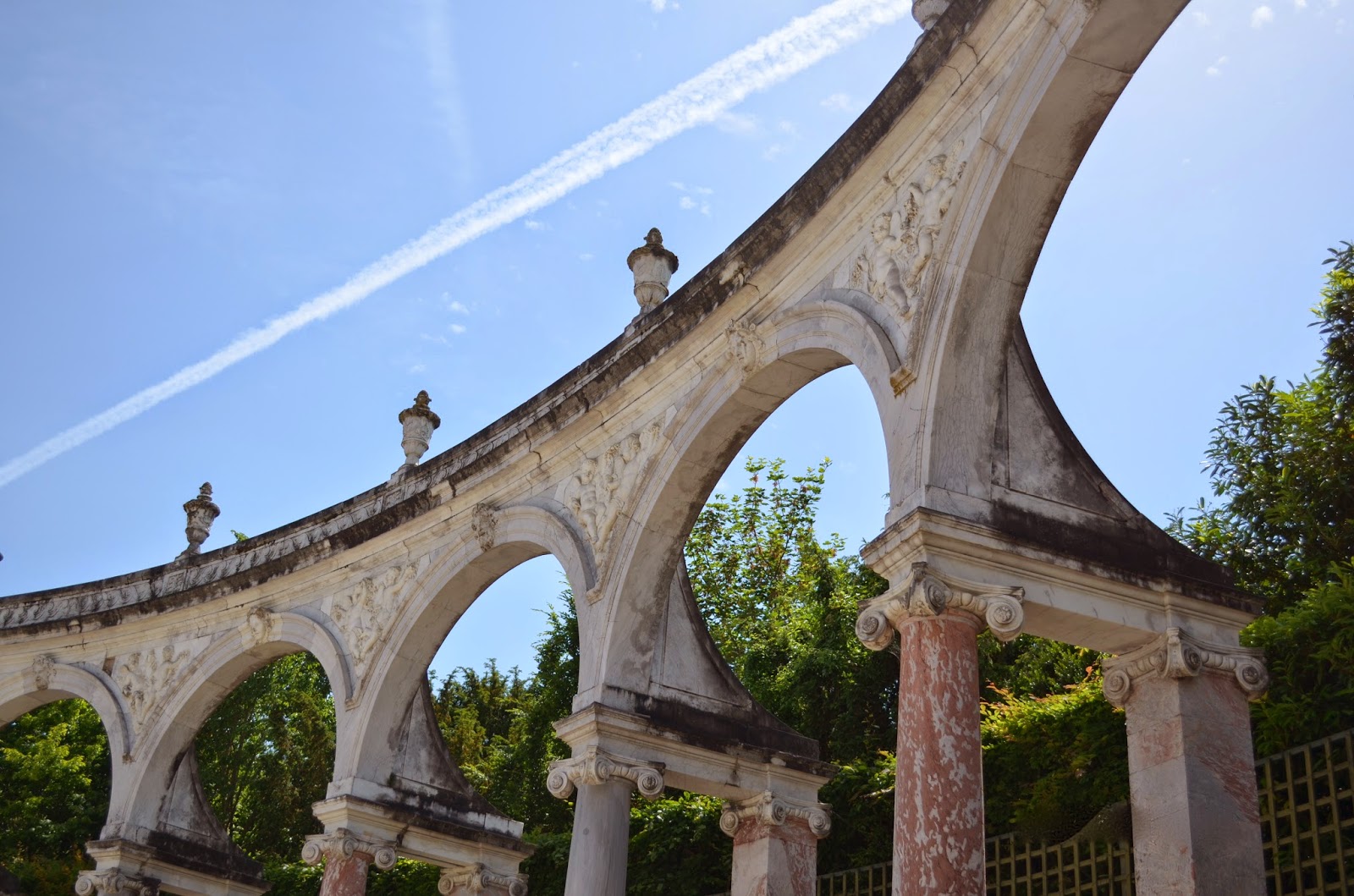