The Prettiest Little Town In Belgium 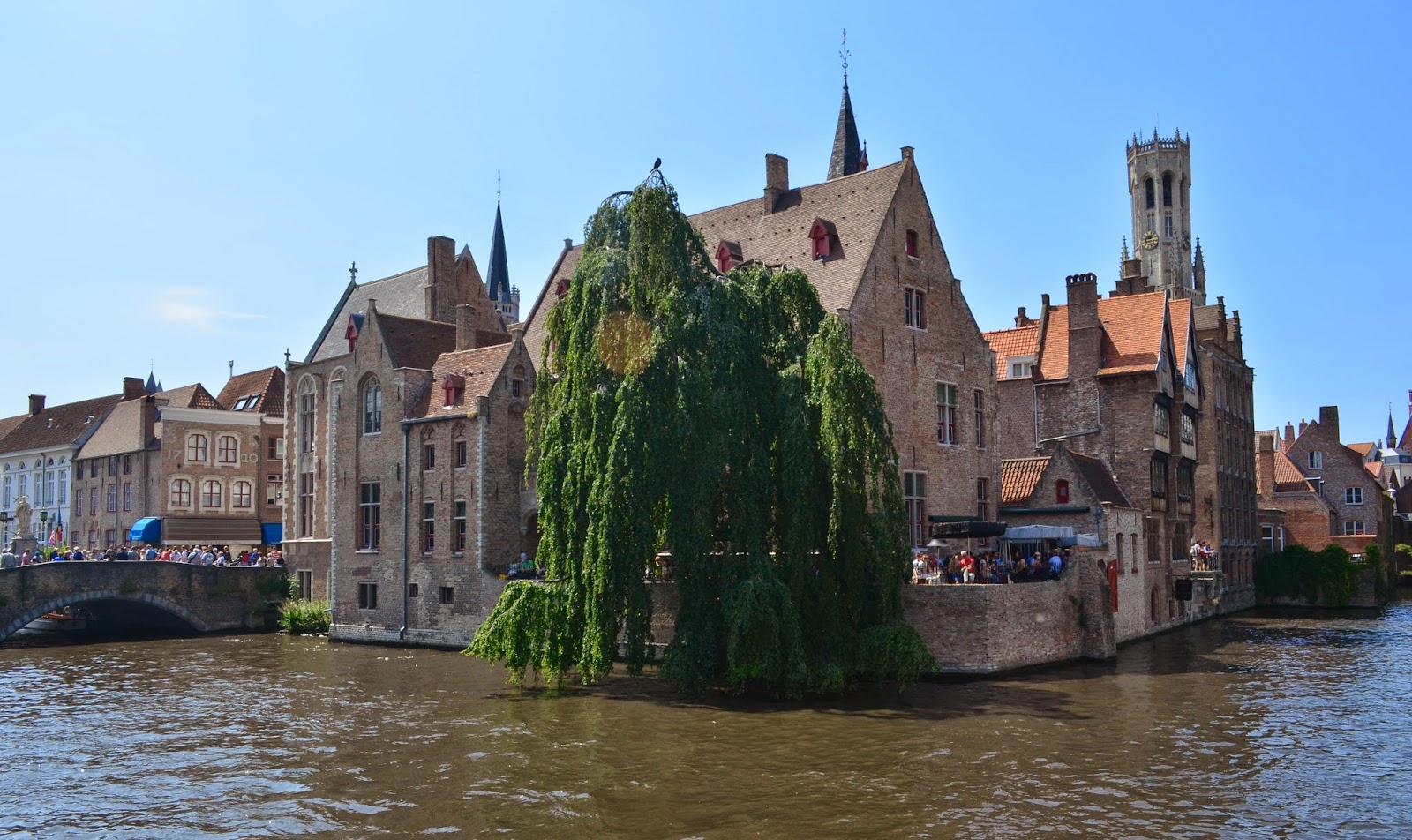 Its been called the prettiest town in Belgium and having visited, I fully agree. If you've only seen one picture of a Belgian town, chances are the picture was taken here since over 2 million tourists visit each year. The town has miles of canals, and narrow cobble stoned streets meandering past well preserved medieval brick buildings. And yes, since it is so beautiful, there are tourists, lots of tourists. So what Belgian town am I talking about? The answer is Brugge.

Located in the northwestern area of Flemish Belgium, Brugge is a picture perfect postcard city of just over 100,000 residents whose center is a UNESCO world heritage site. Fortifications were first built around the town during the first century BC in an attempt to fend off pirates. Its strategic location and waterways made it an important trading port during the 12 through 15th centuries when the textile trade flourished. This was followed by an economic decline but the 17th century saw the revival of the lace industry and today Brugge is known for their famous handmade lace. During the 19th century tourism became a focal point for the town's economic revival with this trend continuing today.


Like just about every town or city in the BENELUX region, Brugge is just under two hours away from Mons making it a perfect day trip. That is just what we did last week on a perfectly sunny yet cool first day of summer. From the moment we stepped off of the train and into the large park surrounding the city center I knew we were in for a treat. Living in the middle of a city with few trees, I was immediately struck by the amount of green space in Brugge. From the trees and flowers to the green way surrounding the canals, this stone and brick town felt lush. And the stone and brick buildings lining the narrow cobble stoned streets of the city center were just so beautiful. Brugge is known for their steep "stepped" roof lines and it seemed as though just about every building had this architectural detail. Even the commercial areas of the town, filled with both unique boutiques and international chains had a quaint feeling about them. Businesses catering to tourists stood side by side with restaurants and shops where the locals buy their provisions. Despite its touristy reputation, Brugge felt like a real town where locals and tourists exist side by side.

But for me, Brugge is all about their waterways. Today the canals remain a focal point of the town resulting in Brugge being referred to as "the Venice of the north". They meander for kilometers through the town with low slung stone bridges spanning the waterways and connecting all parts of the city center. Because we had been told it was a Brugge "must do" we joined the masses and took a surprisingly inexpensive (7 Euro a person which is a steal by European standards) tour of the canals. Seeing the town from the water provided us with a whole different perspective. While the streets were crowded with tourists and despite the number of boats on the canal, the water was strangely relaxing, making us feel as though we weren't one of the thousands who had descended on Brugge for the day. I loved the houses whose walled backyards abutted the canals. I dreamily envisioned what it would be like to be able to sip after dinner drinks from my own canal side perch. (Hey, a girl can dream!). Passing under the bridges spanning the waterways was an experience as well. I knew they all had enough clearance for our boat to pass underneath but there were several where we could reach up and touch the underside of the bridges.  Now that is low.

After our boat tour we retraced our route on the roads, passing over the bridges we had just gone under, standing on the canal banks to see where we had been, and exploring tree filled plaza. Lunch was eaten in one such square in the shadow of the Belgian stepped rooftops where we ate traditional local foods, drank Belgian beer and watched families peddle by on their bicycles. Despite the crowds it was all wonderfully serene.

The entire family fell in love with Brugge. In fact no sooner had we left than Sidney started talking about wanting to go back. He's also been pointing out the roof lines in our neighborhood that "have stairs just like in Brugge." We know we will be going back so be forewarned, if you visit us in Belgium we will be taking you to Brugge.