Where are all the Mamas?

This weekend was the calm between the storms.  The month of May passed in a blur with either Glenn, myself, or both of us traveling outside of Albania each week.  With a calendar full of receptions, trips, and VIP visits ahead of us, June looks like it is shaping up to be just as busy.  Because of this, we took advantage of a full Saturday and Sunday without any plans and this weekend we just hung out and spent time together as a family.

So what does a lazy weekend look like when you have a toddler?  Playground time, ice cream, pizza, and water table activities take center stage.  Throw in some matchbox car races, building with Legos, and a smattering of Elmo videos and you have our weekend in a nutshell.

We're in the midst of potty training in the Brown household and as a result  Elmo's Potty Time DVD has become a household staple.  (I have come to realize that Elmo has a DVD for everything- bedtime, road trips, animals, letters, spring time; you name it and the Sesame Street/Elmo franchise is one step ahead of us).  We've fallen under their influence and Sidney is now a complete fan. 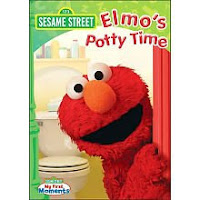 For those of you who have not had the (mis)fortune of viewing this potty training video, Elmo explores the concept of potty training with his father by his side.  While Sidney is missing the whole potty training concept, he screeches with excitement every time Elmo's "dada" appears on the screen.  He has the same reaction when he watches the Bedtime with Elmo and Elmo Travel Songs DVDs.  Whether on a road trip or settling into bed for the night, these videos center on the little red monster and his father spending time together.

It was midway through the third viewing of the potty video that I asked myself "where is Elmo's mother?".  Watching the videos again I counted one fleeting reference to Elmo's mom; Elmo and his father briefly mentioned how pretty she was. That was it. In the hours upon hours of cartoons, I found a single reference to the she-monster who had birthed this childhood icon.  So I asked myself:  what message does this really send? 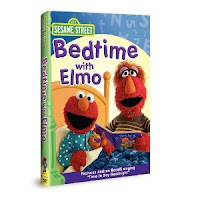 In the United States alone, there are 13.7 million single parents raising 21.8 million children.  83.1% of these single parents are women.  On a daily basis we hear about the need for children, and especially young boys, to have positive male role models in their lives.  In an ideal world these role models would be fathers who reside in the same house as their children.  As statistics show, all too often this isn't the case.

I understand that Elmo and his muppet friends live in an inner city- the type of community where active participation by fathers lags far behind the rest of America.  I get it.  What I don't get is how come mothers aren't getting the same air time as the dads.  They are the ones, especially in the inner city neighborhoods, who are bearing the brunt of the child rearing responsibilities.  They are the ones who are potty training their children, putting them to bed, and making sure they are safe and cared for.  The overarching message of all of these Elmo stories may be that fathers need to be more involved in their childrens' lives.  If that is the case, I question who is the targeted audience of this message?  If you are three and watching Elmo you will realize it if your father isn't there helping you with the same things that Elmo's father helps him with.  If it is your mother who does these things you may wonder where Elmo's mother is or more likely, you'll wonder where your own father is.  If you are the absent father, however, you aren't there to receive any of these messages.

Sidney is fortunate to have both a father and a mother who are there for him.  We both put him to bed, change his diapers, read to him, and take him on outings. More often than not, the three of us do these things together.  I endure the same amount, if not more, of Elmo videos, as Glenn.  Sidney has learned a lot from Elmo.  He knows his colors, his numbers and most of his alphabet.  He knows that Elmo's father takes care of him and keeps him safe.  He has learned about firetrucks, emotions, and cowboys from his little red friend.  What he hasn't learned, however, is that Elmo has two parents who love him and share in his upbringing.  Maybe I'm missing something here but I think that would be the most important, and meaningful message of all.

What I would love to see is a video that centers on Elmo and his mother. Maybe it exists and I just haven't found it yet.  If it is out there, I want to know.  That is a movie I would't mind adding to Sidney's expansive Elmo collection.