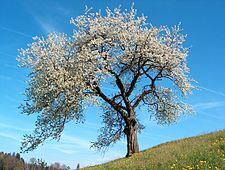 Today is Friday; a work day for most of the western world but here in Albania it is an official holiday.  The Embassy is closed in honor of Nervuz, or Persian New Year.  Celebrated in Central and South Asia, Northwestern China, and parts of the Balkans, Nervuz is also the first day of spring on the Iranian calendar.  Dating back to the second century AD, Nervuz was the day when kings from all of the nations under the Persian Empire would bring gifts to the Emperor.  The holiday continued to be celebrated throughout the reaches of the Persian and later Ottoman Empires and is alive and well today.  In 2009 Nervuz joined the UNESCO List of the Intangible Cultural Heritage of Humanity and the following year the General Assembly of the United Nations recognized the International Day of Nervuz as a spring festival of Persian origins.

Here is Albania, Nervuz is primarily celebrated amongst the Bektashi Order, an Islamic Sufi sect.  The Bektashi order was widespread throughout the Ottoman Empire, and today it's world headquarters are located right here in Tirana.   (Yet another fact I never knew until recently!).  Widespread throughout the southern parts of Albania prior to World War Two, the practice of Bektashi was banned, along with all other forms of religion, during the isolationist regime of Enver Hoxha, but it made a reappearance after the fall of Communism in 1991.  With the return of the Bektashi in Albania came the return of this ancient spring celebration.  Following on the heels of last week's pagan Summer Day celebrations, one gets the sense that perhaps the long winter really is over. Or at least we can hope.

One of the wonderful things about living overseas is experiencing and learning about cultures that I would otherwise be unaware of. Yes, it doesn't hurt that this is a day off from work but that is just an added bonus.  As one would hope on the first day of spring, the rain has stopped and the sun is out.  So on this sunny, first day of a long three day weekend I'm going to get out and enjoy all the day has to offer.  After all, this is the start of spring in the Balkans so I know the rain is likely to return.
Posted by Zosia at 13:21