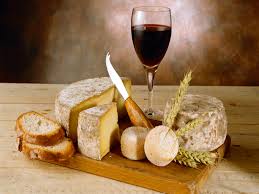 OK, we weren't actually at sea but we were on a ship.  Tied to a pier.  In the Port of Durres.  That is how we spent our evening last night.  We are regular guests at diplomatic functions.  Many people think of diplomatic receptions as grand affairs.  In other countries this might be true but here in Albania they tend to follow a less than glamorous, predictable pattern.  Venues are usually dim and unheated restaurants or more often than not, the Communist-era Tirana International Hotel, a venue that twenty-plus years after the fact drips of the former era's "charm".  Because we are a small community, the guest lists are usually the same; a smattering of ambassadors, Albanian military and government officials, and of course the international military attaches and their spouses.  (For some reason, only the military attaches and occasionally higher ranking Albanian military officers bring their wives to these events).  Regardless of the venue the food is predictably the same with room temperature Albanian finger foods, harsh Albanian wine, and of course, raki dominating the menus.  Food platters, and sometimes the drinks, are usually depleted within the first hour and for some reason the spaces themselves usually carry a faint aroma of stale cigarette smoke and unwashed bodies.  These events are definitely not the glamorous vision of diplomatic life that I had had for us.  After close to two years of these events, attending receptions is becoming tedious.  They are predictable and more of a chore than an evening out and I now view each invitation with a sense of dread.  So when we received an invitation (a full two weeks in advance!) to an event hosted by the French Embassy on a ship, we were excited to go.

The prospect of an event at a new venue hosted by a different Embassy was exciting. We were finally going to attend a reception that was a little different from what has become our ordinary. Glenn was going to get to step foot on a ship again.  And if nothing else, the allure of French wine and cheese was enough to get us to drive 45 minutes on a Tuesday evening.  As an experienced Navy wife, I wore my most ship-worthy outfit--i.e. no heels or knee length skirts--and off we went.  Rather than the usual ten minute drive between our house and the center of the city, we dodged rush hour traffic, meandering pedestrians and random police traffic stops as we made our way to the Port of Durres.  The port had improved greatly since my first visit in August 2011.  New customs stations, ferry terminals, lighting and paved (well mostly) roads and parking lots filled the port area.  Not one hundred percent sure where we were going, our driver followed a line of other diplomatic plated vehicles as we dodged cargo containers and cranes on our way to the ship.

Everything about this reception was out of the ordinary from the usual Albanian diplomatic affair.  The French frigate Jean de Vienne was anchored pier side, and while not on the scale of an aircraft carrier, it was impressive in comparison to the other ships in the port.  Upon our arrival French sailors greeted us and we were escorted up the steep gangplank and onto the ship to the sound of whistles.  Guests mingled on the ship's deck while tractor trailer trucks hauled cargo containers along the piers.  Food tables were set up next to a helicopter and a discrete sign directed guests down a ladder if they needed to use a restroom.  Add in the cranes dangling overhead and it was a surreal experience.  The temperature was a bit cool but it was refreshing to be outside rather than stuck in a smoke filled room.  French sailors, only identifiable because of their uniforms since everything else about them ran counter to American military standards, made conversation with guests.  Much to my surprise, my high school French came back to me and  I was able to equally understand the French and Albanian speeches.  This reception was different from any of the other ones we have attended and I actually found myself enjoying it.

And yes, as expected, with not a single piece of white cheese or shot of raki in sight, the wine and cheese were excellent.  The bread was pretty darn good too.
Posted by Zosia at 15:42