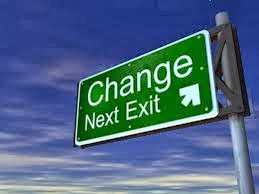 It has happened millions of times the world over but this is the first time we've been faced with having the conversation. What conversation you ask?  The one with our almost four year old where we need to help him understand that in a few short months we will be packing up and moving to a totally new country and he will leave behind so much of the world that is familiar to him.  This isn't the first time we've moved since Sidney was born. In fact, we moved when he was just a few months old then again when we came to Albania a little over a year later. But this impending move will be different since it will be the first one where he both remembers where we're coming from and will remember where we are going.  And because of his strong attachment to his Albanian life, I'm unsure as to how to go about preparing for it and explaining it all.

Early next year the movers will arrive at our house to pack up all of our worldly belongings and ship them off to Belgium.  With the crates will go Sidney's toys, clothing, and books; the very physical items that provide him with daily comfort.  For a little boy who has thrived in his current environment, life as he knows it will be changing in a big way.  He will be leaving behind his dear Nene, the woman who has been like a grandmother to him and has cared for him since the moment we arrived in Albania.  He only knows one house, (perhaps better than we do), he knows "his" playground and his street and no other.  While we've done a lot of traveling, we always return to our home and surroundings that are familiar to Sidney.  When we land in our new, semi-permanent home, we will be in a completely foreign environment. (Literally and physically).  Sidney's daily routine will change as he will be attending school for the first time where he will initially know no one and the students and teachers will speak neither English nor Albanian.  He will be brought home at the end of the day in a new car to a new house filled with new furniture (or at least furniture that is new to him).  It will all be so foreign to him that I wonder how I can help him understand what is happening.

Like the obsessive and book loving mother I am, I've purchased age appropriate reading material on the subject.  In these books, the Berenstain Bears are both moving to a new home and attending school for the first time.   While I wait for them to arrive in the mail, I have started to talk about these impending changes with Sidney and he isn't happy about it.  One of Sidney's playmates for the past two years recently left Post.  We've been using this as a learning tool and when Sidney asks about his friend we explain that he moved with his family to a new home and soon, our family will be doing the same.  To provide comfort I've assured him that we will be together as a family; or "just the three of us" as he likes to say.  This doesn't sit well with him and Sidney has informed me on numerous occasions that not only does he want his friend to come back to Tirana but that Sidney doesn't want to move.  When I've brought up getting to pick out new furniture to go in his new room (yes, I'm stooping to bribes here), he has informed me that he wants his current (Embassy owned) bed.  The prospect of making new friends at school is met with a proclamation that he likes his friends here.  (And I haven't even mentioned the part about all of this being done in French......).  Because Sidney loves flying on airplanes I've talked up that experience of flying to get to Belgium and promised him that we can stay in a hotel when we arrive. Hotels are another thing he loves but I have omitted the fact that we will be staying in one for two months or so.  Sidney is excited about flying and staying in a hotel but also says that when we come back home (Albania) he will be able to tell Nene all about it. Ugh!

I'm hoping these books can help Sidney understand and accept our impending move in a way I just can't explain.  Or, perhaps, they can at least help make these next few months less painful.  I know change is hard; adults struggle with it so I can only imagine what goes through the mind of a four year old.  I feel helpless and fear that the only thing I can do---reassure Sidney about the changes--- just isn't enough.  Because children are incredibly resilient I know Sidney will be OK but I wish there was a way I could make this process easier for him.  After all, as a "Navy brat" this won't be his last childhood move.  I can only hope it gets easier.