A Maine Way Of Life 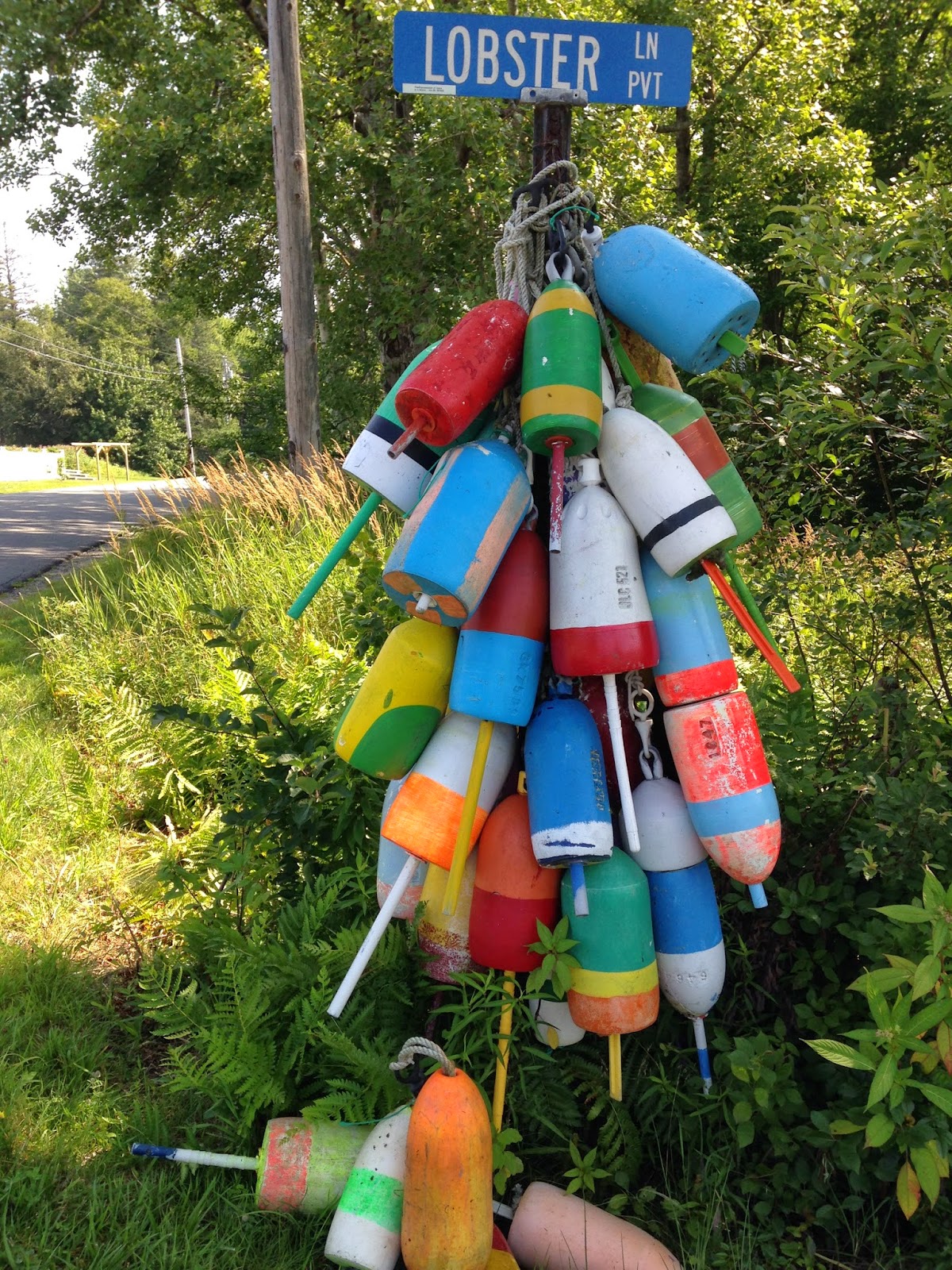 When you think of Maine you think of lobster, right? After all, more lobsters are harvested in Maine than any other state in the country and her lobsters are famous worldwide (I am amazed at the number of these crustaceans I have seen gracing restaurant menus across the world) and are perhaps the most sought after dinner option for the thousands of tourists to flock to Maine each summer. But draped in plastic bibs how many people actually take the time to think about all of the work that went into moving their lobster from the sea to their table? Do they wonder about this back breaking Maine tradition that is older than the state itself?

Despite growing up in Maine and knowing families who made their livelihood by pulling lobsters from the water, I had never really given Maine's lobstering industry a lot of thought. But on a recent sunny afternoon I found myself sitting by the water watching two lobstermen hauling in their catches and began to think about how physically demanding the work really was. And then I thought about the tourists eating their "lazy man lobsters" (lobster meat that had been pulled from the shell before arriving at their table) and realized that so many of them just have no idea.

The relationship between Maine and lobsters dates back to the days before white settlers descended upon the area. Lobsters were so plentiful that Native Americans used them as fertilizer for their crops. By the time white settlers arrived lobsters were still being pulled by hand from tidal pools and were considered to be food of the peasants and served to prisoners and indentured servants. Imagine, a lobster dinner being considered a punishment rather than a treat. But gradually lobster became more of a luxury item and by the 1850s a formalized lobster industry developed in Maine with pounds--essentially floating tanks that hold the harvested lobsters--appearing in many harbors. These pounds allowed the industry to keep up with the ever growing demand for fresh lobster.

Today lobsters remain a highly regulated, major economic engine for Maine. Getting started as a lobsterman doesn't come cheap; it costs approximately $200,000 to fully equip a lobster boat with each trap and buoy costing around $80.00. Lobstermen are limited to the number of traps they can have in the water at any one time--800 and the area in which each lobsterman can drop traps is regulated as well. Feuds and even deaths have been known to occur over fishing territory. The number of licenses issued is regulated in order to prevent over fishing and in 2008 a total of 6,427 highly coveted licenses were issued. There are approximately 3 million traps hauling 123 million pounds of lobster a year from Maine's waters. In order to further prevent over harvesting, keepers must be of a certain size and cannot be females with eggs attached. When you take all of these regulations into consideration it is no wonder that the cost of your boiled lobster is high. After all, a lot of time and money goes into simply bringing it to your plate.  If you want more lobster facts, they can be found here.

As I watched the two lobstermen hauling their catches, I couldn't help but wonder whether fishing is all the luck of the draw. Both lobstermen were essentially pulling traps in the same location. The first lobsterman, hauling traps from what appeared to be a glorified dingy outfitted with a motor, seemed to be coming up empty with trap after trap. I watched him haul a good ten or so traps and never once did I see him remove a lobster from them. The second boat on the other hand, appeared to be having much more success. Painted a bright red and with a crew of two, each trap seemed to be yielding several lobsters. Some were thrown back, probably for size, but more were making it into the catch basket than not. Was this lobsterman simply having a lucky day? But what about when your income is based solely on what you pull out of the traps? Even without pulling a single lobster you are spending money on fuel and the upkeep of your boat. Add in the value of your time and not bringing home any lobster can be a costly day. On the flip side a large catch can equate into a successful pay day. And regardless of how large your catch is, the work is manual labor and simply back breaking. Even with the assistance of a winch repeatedly hauling the traps out of the water then throwing them back in day in and day out is hard. Really hard. But someone has to do it and in many cases lobstering is a tradition that has been passed down from one generation to the next. For some Mainers working in the lobster industry is the only thing their family knows and it is simply a way of life. Hopefully it is one that will continue for generations to come since the demand for these crustaceans doesn't appear to be easing up. 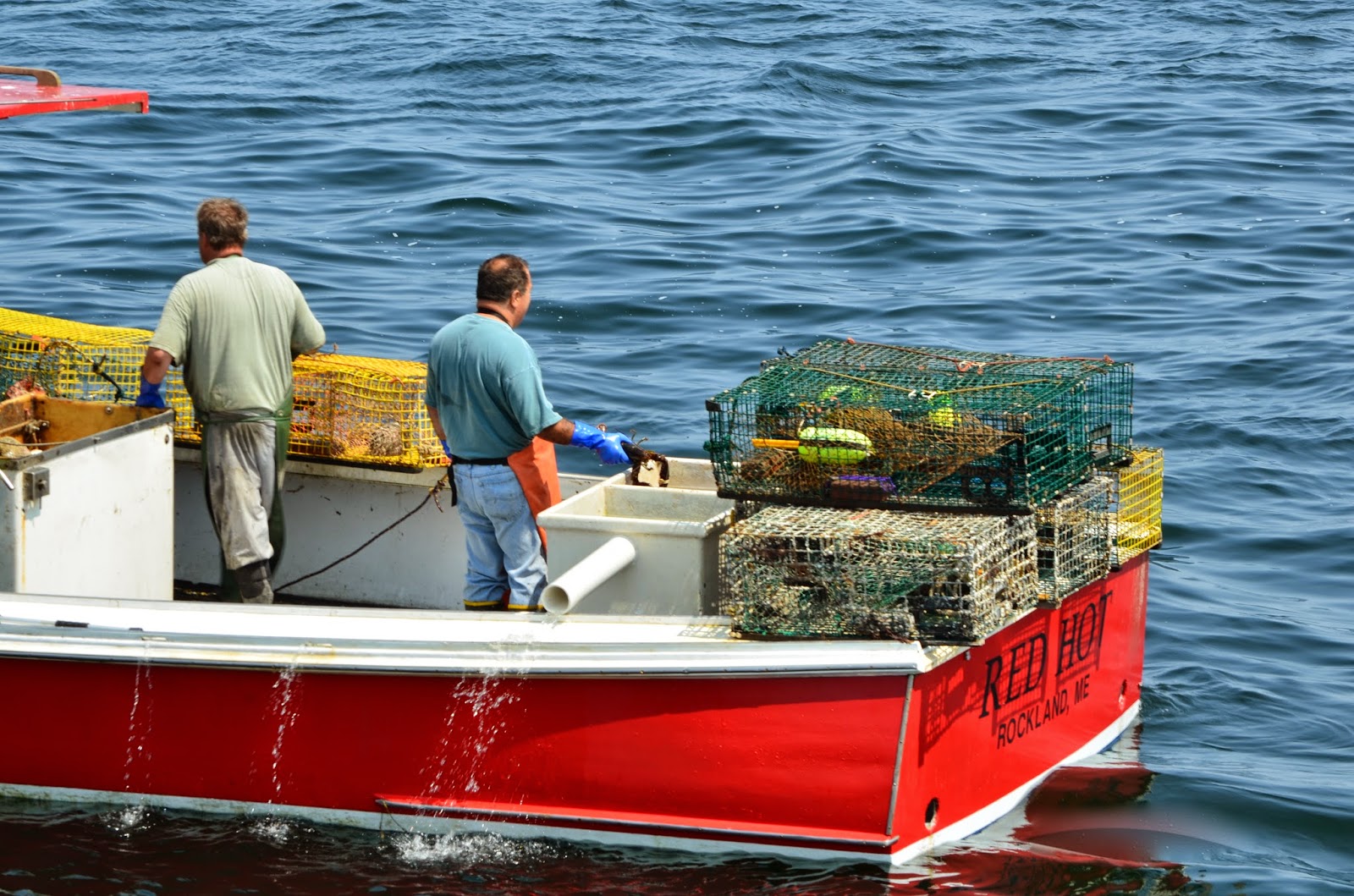 Finally, for full disclosure, despite my Maine upbringing I've never really cared for lobster. But because it had been a long time since I had eaten any I gave it another go last week. And you know what? I still
don't like it. Call me weird but whether steamed, broiled or made into a salad I find lobster meat to be too rich and not all that flavorful. I'll stick to other ways of supporting the fishing industry and leave the lobster for those who really love it.