As parents, we walk a fine line between sheltering our children from life's harsh realities and exposing them to the great big world out there while not adversely scarring them for life. While I don't believe in hiding or sugar coating reality, I struggle with knowing how much information to present in an age appropriate way. And as soon as I think I've figured it out, Sidney gets older, matures and is capable of understanding things at a whole new level. Regardless of his age or stage, we have five basic household tenets or rules that help guide us along. They are gentle reminders to all of us as to how we should be acting towards one another and the larger world around us. Sidney has embraced these rules and is quick to point out which ones he abides by and which ones he struggles with. He also does the same for the actions he sees around himself.  The rules are quite simple; beyond listening to your parents and respecting others one of the five is keeping the promises you make to both yourself and others. Simply put, if you make a promise, keep it. The rule applies to Sidney as well as us, and in his four year old way of thinking, other people as well. When he makes a promise he must keep it and when we make a promise we must do the same. Sounds easy, right? Well, maybe not. 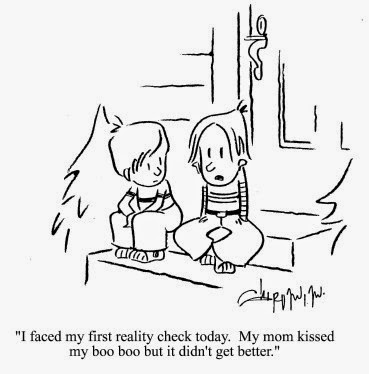 We're always careful to not make promises we aren't sure we can keep. For things that aren't certainties, we caveat the proposed idea or event with a promise that we will do the best we can to make it happen. Sidney doesn't always hear that part and unfortunately we've had a few hiccups along the way that have left him crushed and disappointed. But for those things that we feel are a sure thing, we openly make the promise and tell him they will happen. And that is exactly what we did when we signed him up to play on a soccer league for 4 and 5 year olds.

Sidney loves soccer, or football as he often calls it. During the World Cup he proudly wore his Belgian soccer jersey while watching the games and spends hours in the backyard kicking his yellow and black soccer ball into the goal. After school Glenn, and occasionally I, will join him for kicking, dribbling and goal scoring. But as much fun as he has doing this, he keeps asking to play with other kids. If we were back in the United States, extra curricular activities for kids of his age would be plentiful. As we discovered this past spring, they are all but non-existent here in Belgium. So when I learned of a developmental soccer league specifically for kids his age, I signed him up and he was beyond excited. The league is run by the base youth services program and coached by volunteers but I was assured the league would start and the end of August. (I was even asked if I wanted to volunteer as a coach since having knowledge of the game is apparently not a prerequisite, but that is a story for another day). Having no reason to doubt what I was told---since this is a Department of Defense run organization, I excitedly told Sidney about his impending opportunity.  Now I signed him up back in June so all summer long getting to play soccer on a team was all he has been talking about. When we were back in the U.S. we went out and bought him his own soccer cleats (neon yellow just like the Belgian team) and he's been practicing putting them on and kicking the ball around in anticipation of joining his team. And in between his playing he told everyone he met that he was joining a soccer team. Yes, he was that excited.

When we hadn't heard anything from the organizers two weeks ago, we reached out to them only to be told we would hear from the coach the following week. When that didn't happen we called back and this time were given not only the name of the coach but the time, date and meeting location of the first practice. Having sent an email to the coach and hearing nothing, I got Sidney suited up for his first practice and headed to the designated spot. And boy was he excited and his excitement was contagious. That was until I saw the empty field with no coach and no players in sight. The other fields were filled with kids and coaches and while Sidney looked sadly on I did my best to figure out what was happening. Finally, after talking to the person who was in "charge" we left having been assured that we were in the right spot at the right time but something must have gone wrong and the coach would be there for the next practice. Sidney was crushed and my heart ached for him as he asked me why he couldn't play. He wanted to know why his coach hadn't kept her promise to be there because according to his rules, you always have to keep your promises. Hugging him closely I told him that I didn't know where she was but that I would look into it. That was a promise I could keep.

The next couple of days resulted in a flurry of (mostly) unanswered phone calls and emails but an assurance that we should indeed be at the field during the next designated practice time. And we were, fully dressed and excited, but this time I approached it with the caveat that I hoped the coach and team would be there. Sidney said he hoped so too and gripped my hand tightly as we once again approached the empty field. A last minute email and phone call revealed that there wasn't practice that day either but that the coach would "be in touch soon". As Sidney once again watched other kids kicking the ball around under the enthusiastic tutelage of their coach he simply said he wanted to go home. I could tell that he was dejected and promised him that his dad and I would play soccer with  him in the backyard when we got home. He smiled weakly and said he didn't want to play. Even the enticement of an ice cream treat did nothing to lift his spirits. Instead he reiterated that people who make promises need to keep them. Not doing so is just bad.

At that moment I was simultaneously heartbroken and proud of my little boy. Heartbroken since the one simple promise I had been making to him all summer wasn't becoming a reality. Not only that, his enthusiasm for playing the game seemed to be dwindling. Proud because of the maturity he was showing in a difficult situation. Instead of crying or whining he was simply accepting the reality as he saw it. As we walked back to the car he talked yet again of promises and their importance. I love Sidney's new found maturity yet it pains me that he had to reach it through such disappointing circumstances. I am disappointed that another parent would let down children in such a way and frustrated that an organization that runs youth activities was less than organized. (My disappointment is slightly tempered by the fact that at least this parent stepped forward to volunteer which is more than Glenn and I did). I wonder whether she has ever had to explain such disappointment to her own child. I now have and although I'm sure I will have to again, it is not an experience I care to repeat. Life's lessons are rarely easy and this one was just plain horrible.

So what next? We've been once again told that yes there will be practice next week. Despite any assurances we receive we'll be cautiously back on the soccer field next week. Hopefully this hiccup is behind us and the team and coach will be there ready to play. If not, unfortunately we have this routine down. If his long promised practice doesn't materialize I'm sure he will handle it with both sadness and his new found maturity. I will still ache for him; both for his sadness and his sudden understanding that not everyone keeps their promises...... And maybe, just maybe, I will take an online tutorial on coaching soccer and volunteer to coach myself during the next go around. That would be a promise I would be able to keep.
Posted by Zosia at 11:00