With this beer, it started with the glass. Well actually it started shortly after our arrival in Belgium with an inquiry (in English) to the French only speaking waiter as to whether the Bush beer on the menu was an import from America. Glenn's question was met with a blank stare so he took a gamble and ordered it any way. Much to his relief it wasn't the American version and it arrived in its own crackle texture glass. He was immediately enamored by both the beer and the glass so naturally we had to go to the source.

Today, the "source" is a brassarie located in rural village of Pipaix in Hainaut Province Belgium. (The attached restaurant serves traditional Belgian foods and is well worth a visit). Brassarie Dubuisson, which also brews some beers under the Bush label, was founded in 1769 on a farm with the sole intent of brewing beer for consumption by its farm workers and residents of the surrounding village. Through the years the brewery and farm remained in the family and in the 1930s descendants of the founders gave up farming in favor of expanding their brewery and producing beer on a full time basis. Today the brewery remains family owned and operated and claims to be the oldest and most traditional brewery in Wallonia.

Visitors can eat in the brassarie and shop for beer throughout the week but if you want to take a tour of the facilities, you must visit during the weekend. As is fitting for a guided trip through a brewery, the tour starts and ends with beer tastings. Six to be exact with the opportunity to try three different types of beer while watching a film showcasing the history of the brewery (the film is offered in French, Flemmish and English depending upon the audience) then three more beers at the conclusion of the tour. (Before you hop in your car to drive home????). The film is quite informative, walking visitors through the founding of the brewery through its modernization and expansion.

Next up the fun begins with the actual tour of the brewery. We descended down a narrow staircase to the beer cellar were wooden casts used to age some of the beers are stored in the cool stone caverns below the brewery. The cellars are also immediately adjacent to the nearby road and we could both hear and feel the traffic as it passed by. Row upon row of casks line the room. When we exit the cellar we find ourselves outside in the center courtyard which is the heart of the brewery complex. Next up is a quick walk through of the original brewery before we move onto the thoroughly modern section of the brewery where today's beer are produced. (I can't help but think of the classic American television show Laverne & Shirley whenever I walk through a bottling room). And then of course we conclude our tour back in the tasting room sampling three more types of beer. For me, the single thing that distinguishes this brewery from others we have visited, is its efforts to be environmentally friendly. Despite Belgium's famous lack of sun, solar panels cover 900 square meters of the newly constructed storage facility.

Today Dubuisson brews over a dozen types of beer. Since 2013, over 10 million liters of beer are produced annually, with 40% of it being exported throughout Europe, North America, Asia and Australia. With such a variety of beers, it is always hard to identify a favorite. Although I generally prefer darker beers, their Peche Mel, or peach beer, is surprisingly delicious and refreshing. But the seasonal Noel beer is also pretty good. As is the Prestige....... All of the beers are quite strong by American standards so a little does go a long way. But if you find yourself in the area, do stop by. You can take a tour, sample a variety of beers and eat a really good meal. Then you can decide on your favorites (and there is no need to pick just one) and buy some to bring home. Just don't forget to buy the coordinating glasses as well. They simply make the beer drinking experience so much better and the Bush glass is by far one of the coolest I've ever seen. 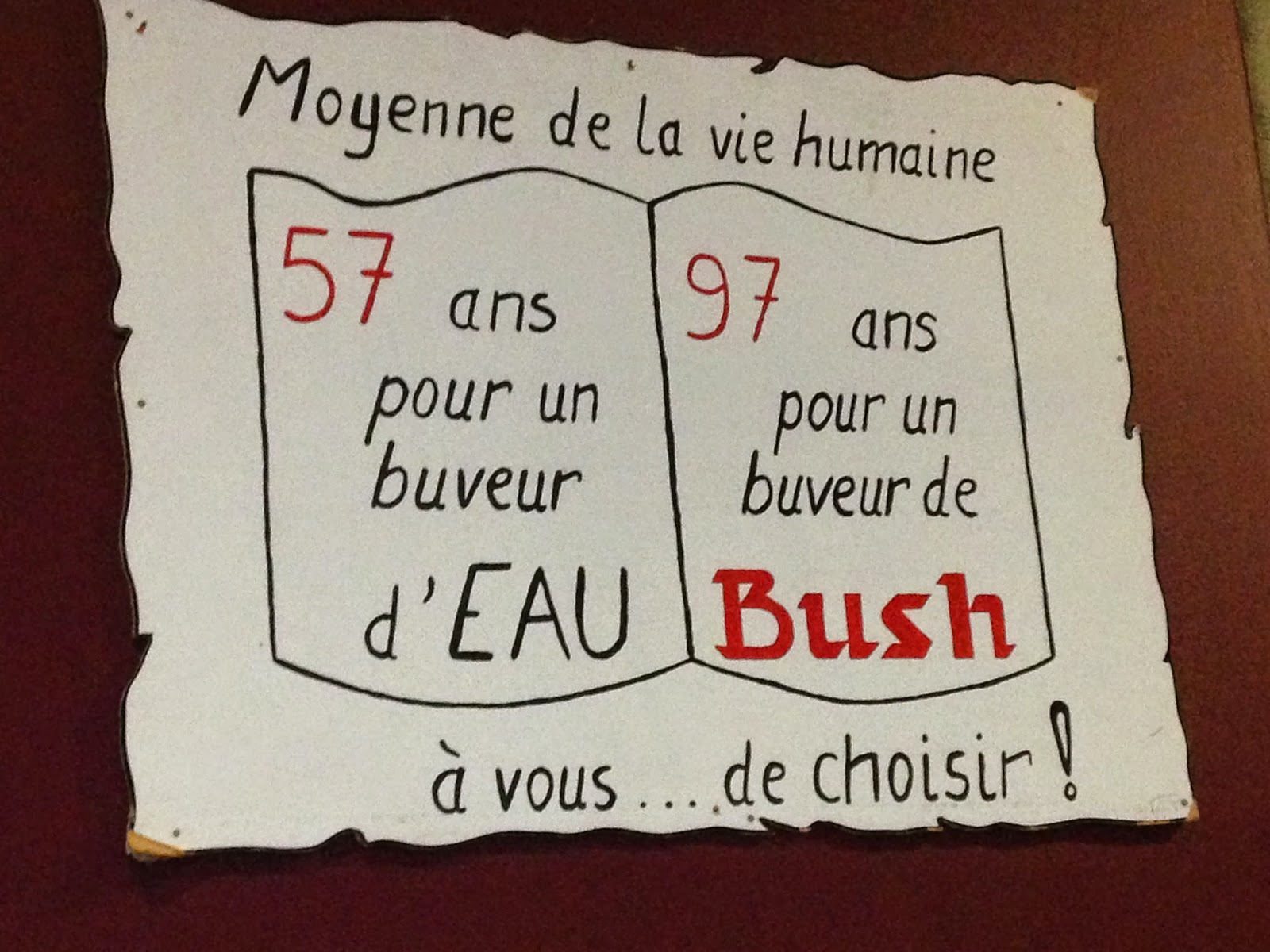