The Windmills of Kinderdijk 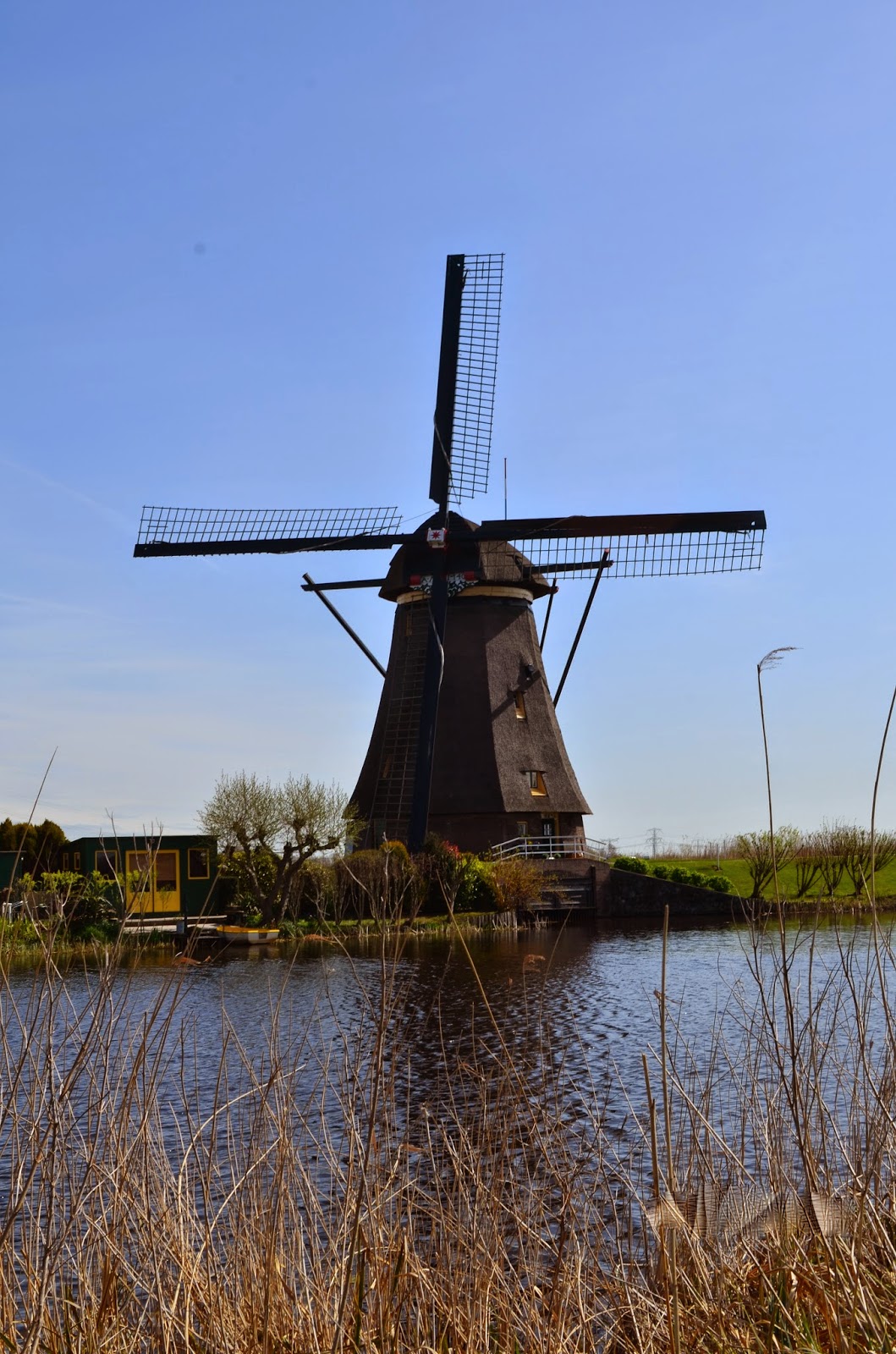 Every country has at least one cultural icon that is immediately recognized as belonging to their heritage. For the Netherlands, there are several. Cheese, tulips and clogs immediately come to mind as do windmills. And although they are increasingly being replaced by modern soaring metal ones, the stout wooden buildings with thatched roofs are about as iconic as they come. You still see them dotting the canals and lowlands of the country but if you want to walk amongst them and through them, the UNESCO World Heritage site of Kinderdijk Mills is the place to visit.

Located in the southeast Alblasserwaard region of Zuid-Holland, three separate rivers meet the village of Kinderdijk. The area is marshy, flat and windswept. The convergence of the rivers in an area that is already below sea level, thus making the region susceptible to flooding. To combat the drainage issues a series dykes, a steam powered pumping station and 19 mills were erected along the banks of the rivers. Two additional pumping stations were later built and the entire pumping system switched to an electrical operation in 1924.

Much like the lighthouses of the coastal regions, these windmills were vital to the safety of the entire area. Each mill was operated by a miller who was responsible for keeping his particular mill running smoothly. Needing to be available twenty four hours a day, millers lived in the mills with their families. The quarters were by no means spacious and some larger families, including one with twelve children who resided in the Nederwaard for many years, were quite cramped. But in addition to being working mills they were also full fledge homes complete with kitchen, bedrooms and living quarters, albeit with a giant gear in their center and large blades spinning outside of their windows. And as I learned during my visit, a single mill does little on its own. Instead, the mills--in this case all 19--- worked together in unison to pump the water at whatever speed and in which ever direction was required at a moment's notice. The large blades, which almost sweep the ground as they go around but their power is unmistakable. 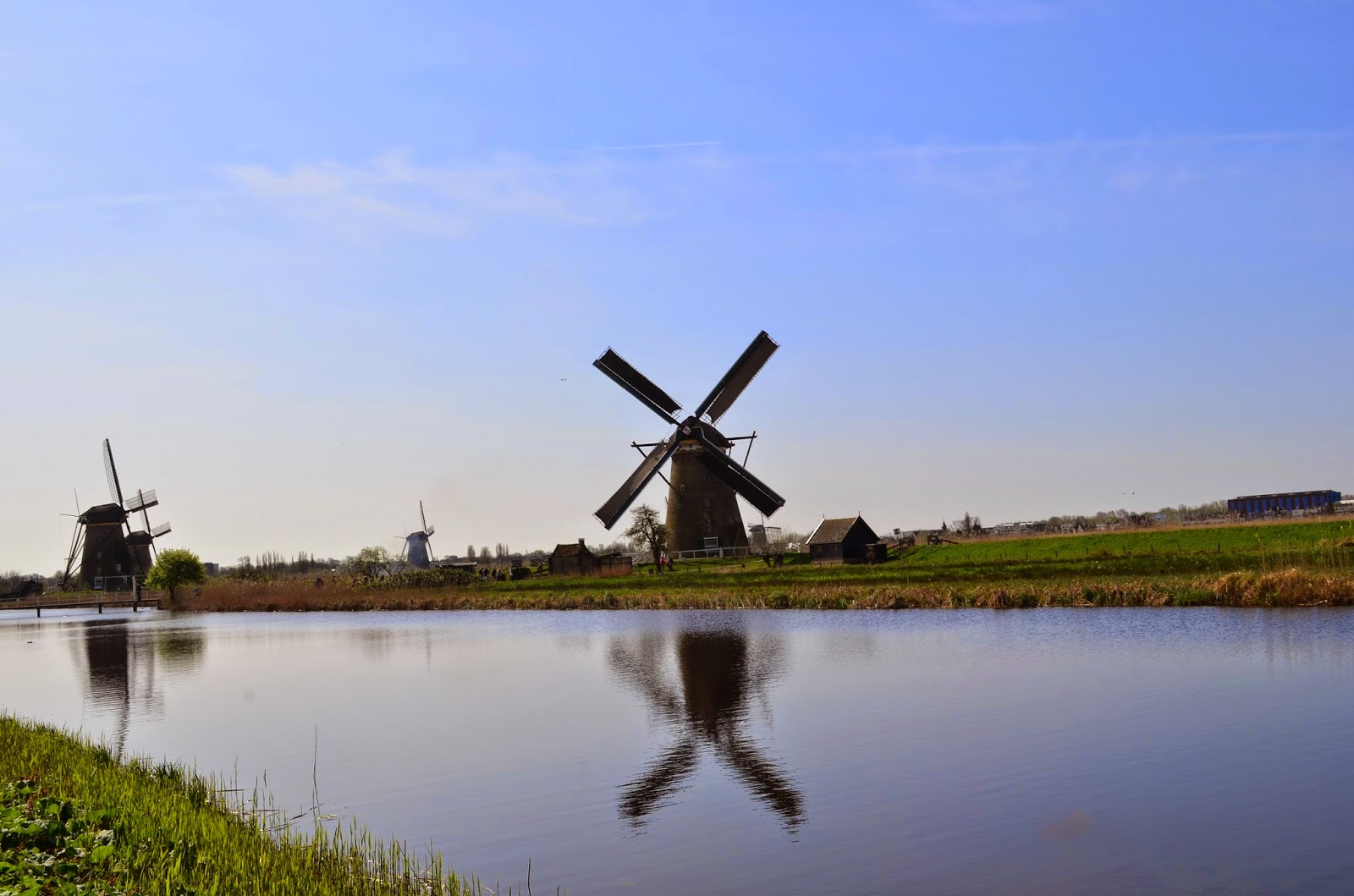 The mills joined the UNESCO World Heritage list in 1997. Today visitors can walk or bicycle along the canals and catch a glimpse of mill life. Alternatively, or in combination with, you can tour the canal via a ho-on -- hop-ff boat and view the windmills from the water. A ticket provides admission to the visitors center as well as the interiors of two windmills. At the visitors center located in the modern pumping station, a multi-screen video provides an overview of the history of the area and the building and operation of the windmills and water management. The inside of the Nederwaard mill is trapped in time and depicts the way a mill family lived in the mid 1700s. This mill was built in 1738 and here the more agile can climb up a series of steep and narrow stairs to the top of the mill, passing through a small kitchen and living area, several sleeping nooks and the gears that propel the windmill blades as you go. The second mill, Blokweer, is still occupied by a miller who explains the milling process to inquisitive visitors. In between these mills are other privately occupied mills that are meticulously maintained yet closed to the public.

It is quite amazing to walk along the canal and amongst the mills and marvel at both the power of water and the impressive Dutch approach to managing and controlling it. It is even more amazing to stand under the shadows of the turning mill blades and hear the wind whipping through their frames. Plus this entire area of the Netherlands is absolutely beautiful. So if you get a chance, go visit. You won't regret it. 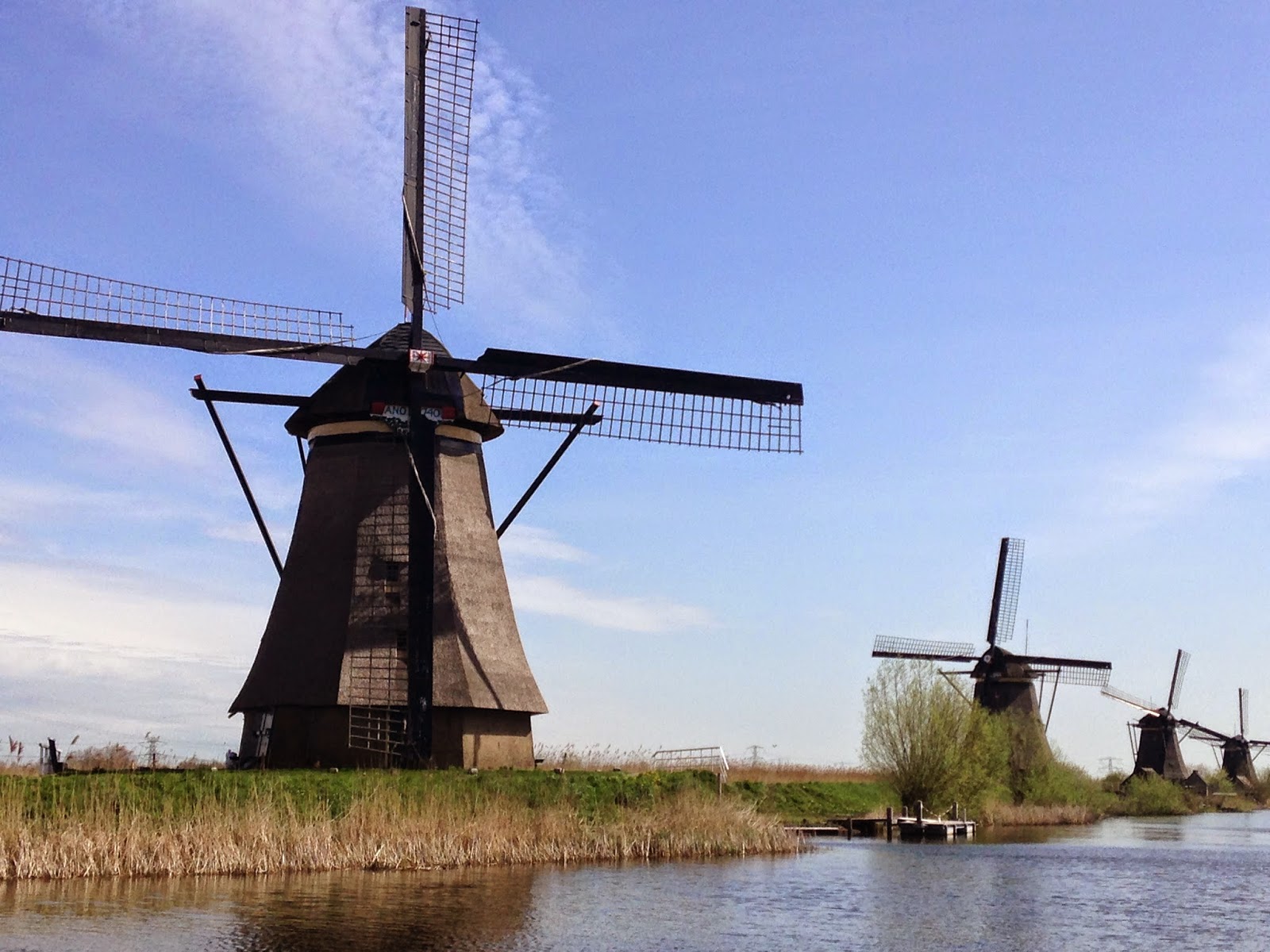 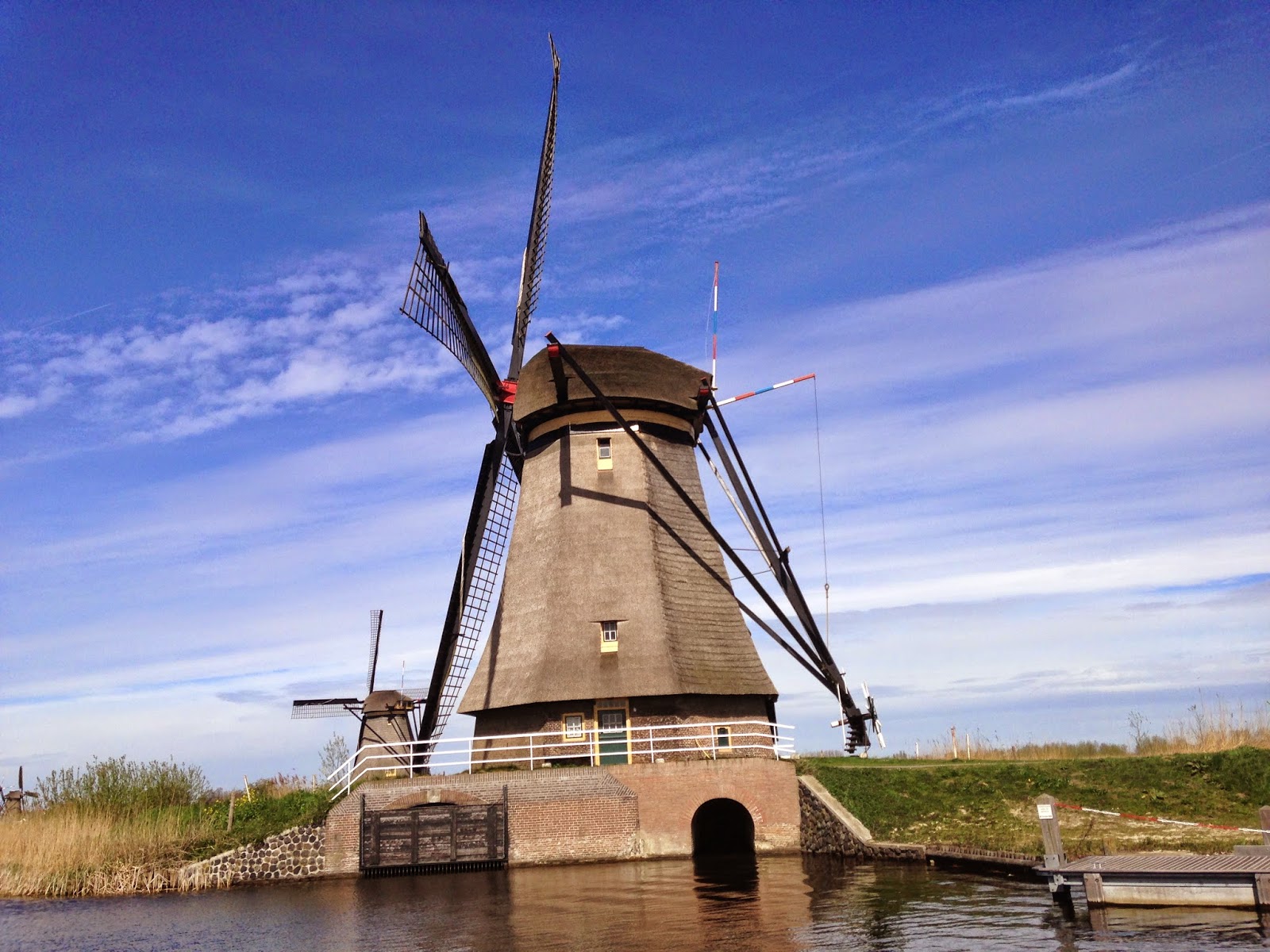