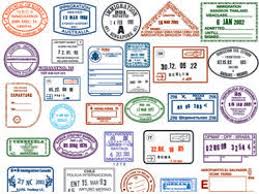 With the school starting again this week, summer is officially over. Sure the calendar says we still have another month but for us both the Belgian weather and the afore mentioned school mean that the all too short summer season has come to an end. And what a summer it has been. We've explored new territory both in our backyard and farther afoot, attended summer camp (Sidney) and hung out at home. And because I made a conscious effort to disconnect, or at least reduce, my screen time, I have yet to write about these adventures. (Not to worry though, as these stories will be coming shortly).

For many, summer means a slower pace, a change of routine and (for those of us not undergoing a forced, job related move), vacations. Here in Europe vacation time is serious business with reduced work schedules throughout the week and people taking three week vacations being the norm. (When Glenn let his co-workers know that the would be out of the office for two weeks they scoffed and wanted to know why his trip was going to be so short). I've loved looking at the pictures my friends have shared of their own summer vacations--for international explorations to stay-cations discovering the wonders of one's own neighborhoods, they have looked like so much fun. I know people who have camped in the mountains, cruised the high seas, lolled on beaches and knocked more national parks off of their bucket lists. Friends have volunteered in third world countries and even bicycled over the Alps. Some people head to warm sunny places for vacation while others, like us, seek out cooler climates. All of this was done in the name of "vacation" which just proves that everyone has a different idea of what they like to do during their time off.

One persons vacation is another persons idea of torture. Take cruising for instance. I know people who cruise on a regular basis because they love having their meals included in the price of their voyage and only having to unpack once all while visiting a variety of ports. I've cruised on several occasions and simply haven't enjoyed myself. I've found the unlimited food to be just ho-hum, the ship board entertainment to be "not my cup of tea" and the time in port too limiting to actually see the sights I want to see. But because Europe is a great jumping off point for cruises I recently found myself contemplating taking another one. After all, the cruise I was looking at would take us to countries on our bucket list that we had yet to visit. But a closer examination of the time in port, eight hours with a six am docking, would leave us with scant time to really get a feel for the places we want to see and just enough time to say that we had been there. For some people that may be enough but it isn't for us so no cruising is on our travel agenda.

But when it comes to road trips.....bring it on. Our favorite vacations have included miles in the car exploring whatever we encounter between points A and B. We've road tripped through Scandinavia, across the Balkans from Albania to Romania and back, along the east coast of the United States and most recently, throughout the United Kingdom. We pick a few destinations along the way, set our GPS to avoid the highways and away we go. We take spontaneous breaks for food, stop to take pictures where the setting is right and in doing so, have discovered some amazing spots along the way. For some people the idea of spending hours on the road is anything but a vacation but for us, it is the right fit.

One of the trends I've seen a lot while living in Belgium is people who try to visit as many countries as possible while stationed overseas. I completely understand this and in fact, this is part of our own travel planning. (At the moment we're at 37 countries and counting). But we have criteria for counting the countries as having visited them; we must have slept in the country or at least spent an entire day there. A layover in an airport where you never leave the terminal doesn't count. I once had a conversation with someone who bragged about his knowledge of the Adriatic coast in the Balkans. He had flown into Dubrovnik, Croatia then rented a car and drove south through a sliver of Bosnia before entering Montenegro and then finally Albania. With the exception of border crossing he never stopped and immediately reentered Montenegro upon clearing border control in Albania. Four countries in less than a day was how he presented this portion of his trip. He claimed to have seen all that he needed to see and now had a clearer understanding of all of these countries. Now I have driven this stretch of road many times and while breathtakingly spectacular, I do not profess to have any expertise on these places. But, this is just another reason and way people travel.

But regardless of how you go about doing it, travel is a wonderfully educational and enlightening experience. It introduces you to new people, places and things. They may be in your own city or state or half a world away from the place you call home. Whether you explore a single city or neighborhood, visit a country in depth or even do a fly-by drive through a place you will leave with new experiences and memories to last you a life time. That is what makes travel so special. So as we enter a new season I'm carrying with me memories of my most recent travel adventures. And I've also found inspiration in those of my friends which has me thinking about next summer's trip. It just might be for three weeks........
Posted by Zosia at 12:08