The Cult Of Lemoncello 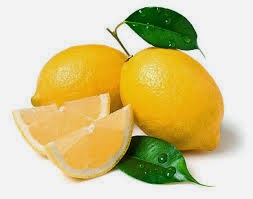 Last night was the first of what will become many of our "lasts" over the next few weeks.  It was our final monthly social dinner with the military attache group here in Tirana.  For the past thirty months we've been gathering on a (mostly) monthly basis to have dinner as a group in a more relaxed and social atmosphere. (Of course, in an environment where we are all always "on the clock", not working and being relaxed is all relative but in theory this is what we do).  And I have to admit, over time, I've come to rather enjoy these eclectic get togethers.  We are always an odd hodge-podge of internationals and Albanians from our respective military communities. We are singles and couples, with children and without, who share a meal together.   We eat a lot and drink even more but through this friendships have formed.  While the food, location, and even people around the table have changed, the speeches, numerous toasts, and after dinner drink of choice remains the same.  While a few people opt to end the meal with Albania's national fire water called raki, lemoncello seems to have become the official drink of choice amongst this international group.  How did this come to be?  I dare say, it was the influence of the Americans.
I discovered lemoncello on my first trip to Italy and immediately fell in love with this tart bright yellow liqueur.  It is the perfect ending to a meal and I returned home determined to find it in the States.  When that task proved to have a hit or miss success rate, I decided that I would simply make it myself.  Soon I was making lemoncello for friends, giving it as gifts and serving it at all of our dinners.  We carried our love of lemoncello with us to Albania (even bringing cases of the alcohol base with us in our household goods) and began introducing it to guests in our home.  Despite Albania's close proximity to Italy, we discovered that many of our guests had either never tried or even heard of the drink.  When serving those who were familiar with it, I was initially nervous.  I mean, I liked my recipe but what if others didn't?  When the Italian general in our group gave it his seal of approval, I knew it really must be good.  Soon I found myself being known for my lemoncello; people asked about it and on more than one occasion I shared my recipe with people who wanted to make it themselves.
Now back to our monthly dinners.  Shot glasses filled with raki used to arrive at the end of each dinner.  One night, knowing of the Italian general's love of lemoncello, Glenn asked the waiter for two glasses of the yellow drink instead of the usual fire water.  Others at the table were curious but sipped their raki.  The next month a few more people joined in with a round of lemoncello.  Now lemoncello was always the final drink at our dinners and those hosted by the Italians.  Before long however, lemoncello began appearing at the end of every attache dinner.  It is now a tradition amongst the military attache corp and it appears that this potent lemon drink will be our legacy.  But I suppose there are much worse things that we could be remembered by.
And you too can make lemoncello at home.  Check out my recipe here.
Posted by Zosia at 13:34