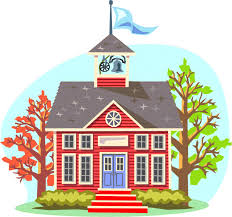 As a parent I often find myself wondering whether or not I am making the right choices for my son. Some decisions--what's for dinner, whether or not to go to the playground or what to wear are minor ones. Some days (or moments) my decisions might not make him happy but the choices do not have lasting results. Others are a bit trickier--such as discouraging a budding friendship that doesn't seem healthy or encouraging him to try a new sport or activity (I'm looking at you swim lessons). The consequences are not necessarily life altering but do effect him longer than the wrong colored shirt does. But then there are the big ones. These are the choices that are life changing and do stay with you forever. And the big, life changing decision for our household in recent months has been that of school choice since in reality, the decision we make know will effect him for the rest of his life.

Sometimes having multiple options is harder than having none at all. After all, with limited choices you power ahead and make the best of it. Here in Belgium we are fortunate to find ourselves in the situation of having several options when it comes to enrolling Sidney in elementary school. As Americans, the obvious choice might be the American section of the international school on base. It is by far the largest school and the one that most people, regardless of their nationality (with a few exceptions of course), naturally gravitate too. There is also the Belgian option, which is actually two separate options really. We could enroll Sidney in our local commune school where his peers would be all Belgian children or the Belgian section of the international school on base which is a combination of local children whose parents work on base and more adventurous internationals. And then there are the other smaller international sections on base which are hosted by various NATO countries with the intent of educating their own students as well as a handful of students from other countries. (Of course there is also the home schooling option as well but for a variety of reasons, including both my and Sidney's sanity, that really isn't an option). So what is a parent to do?

Making educational decisions for your children is such a personal choice. What works for some doesn't necessarily work for others and vice versa. This isn't a good or bad thing; rather it is simply reality. But as a family we've never been people to blindly follow the crowd and opt for the easy choice, so over the past few months we've been doing a lot of school research. Because of this, the obvious choice wasn't so obvious for us. Blessed/cursed with a November birthday, enrolling Sidney at the American school would place him in kindergarten for the upcoming year. But, having spent the past year and a half at the Belgian kindergarten, he would essentially be repeating this past year's curriculum with the biggest difference being everything being done in English rather than French. Due to his pesky birth date, there is no negotiating his being bumped up to the first grade regardless of his abilities. So the repeated curriculum,  combined with large class sizes and my general unhappiness with the school when it comes to communication, had us exploring the alternatives. All of our other alternatives had him skipping kindergarten and moving right into first grade which raised another set of lasting issues. For us, the curriculum is more important than the grade number, but what would always being the youngest student in his class do to him? Sidney's aptitude for the French language had us exploring Belgian schools. My French ability, while increasing, is still limited making me uncomfortable about my own ability to speak the language with his teachers. But, as parents you put aside your own discomforts and do what is best for your child.

A first look at the Belgian options looked promising with a curriculum that would be both challenging and reinforce his budding French capabilities. Then I discovered the close to home bi-lingual option of the Canadian school on base. The program was bilingual and everyone I spoke with absolutely adored the school and the education their children were receiving. The school has small class sizes (a plus for an easily bored and distracted boy), a curriculum that emphasizes music, art and physical educational (subjects that have been downsized into virtual nonexistence in too many American schools) as well as the traditional subjects. Field trips and experiential learning are a regular part of the academic program. Plus the combination of English and French instruction would allow Sidney to continue learning French while honing his English language understanding. (Never having lived or gone to school in an English speaking community has wrecked havoc on his grammar). The more we learned about the school the more we wanted to be a part of it. So the minute the application process opened up we submitted our application then crossed our fingers and waited.

But because I am one who believes in contingency plans, I continued looking into our options. The waiting list for the British school immediately eliminated it as a possibility so I returned to investigating the Belgian options. With the assistance of Google translate, I toggled between the French and poorly translated English pages and liked what (I think) I saw. The Belgian school looked like a viable option should the Canadian school not work out. Sidney even visited the Belgian school with his kindergarten class and reported back that it "was fun, they had great snacks (waffles of course) and that one kid even spoke English". I was ever gearing myself up to attend a parent orientation. It felt great to have two viable options where we would be happy regardless of the outcome. And then our acceptance letter for the Canadian school arrived. 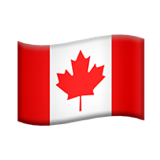 After we did our happy dance and breathed a sigh of relief, the reality began to sink in. While the rest of his five year-almost six year old peers are entering kindergarten our little boy will be starting first grade this fall. How did this happen? Academically he's up for the task but we are setting the stage for his always being the youngest child in his class. This isn't necessarily a bad thing but combined with his small size, I have to wonder whether he will be at a disadvantage in the years to come. Are we making a mistake? A small part of me wonders, but at the moment the advantages far outweigh any doubts we may have. So we are plowing forward. Communication from the school is flowing in and the planner in me loves the fact we already have both a supply list and the academic calendar for the coming year. As a new student Sidney has been paired with a second grade "school buddy" who will welcome him on the first day of school and show him the ropes. Over the next two years Sidney will truly master the French language and this will stay with him for the rest of his life. He'll make new friends and experience and see things that we never dreamed of when we were his age. And he will also be learning English which will make his inevitable transition back to the United States easier.

Are we making the right decision? We think so but only time will tell. I know it won't be all fun and roses and there will be inevitable bumps in the road. But what I can say with confidence is that I am excited about the opportunities that lie ahead for the next two years. They are opportunities I could only have dreamed about as a student. Sidney may not fully appreciate them at the moment but I hope that some day he does. In the meantime, come August he will be a first grade student at the Canadian school complete with swim lessons in gym class (bonus!), new bi-lingual friends and a moose for a school mascot.

Did I mention that I am excited?