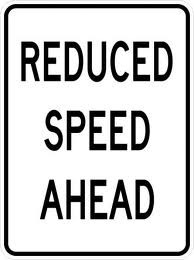 Recently I have felt as though my life is operating on fast forward.  Somehow we are one week into December with Christmas a mere nineteen days away. Instead of looking forward to the festivities that are normally associated with this last month of the year, I am focusing on all the things I need to do before the arrival of 2013. (And how on earth did it get to be 2013 already?).  In trying to accept a dinner invitation this past week, Glenn and I realized that we have a total of two free evenings between now and the time we leave for our Christmas vacation.  Time is flying and I can't seem to catch up!

Its been a chaotic few months for us and I realized just how busy things had been recently while I was struggling to gift wrap Sidney's birthday presents the night before his birthday.  These gifts had been purchased months ago but the actual wrapping of them had gotten lost in the shuffle.  Somehow the toddler birthday party that I had envisioned earlier this fall had also fallen by the wayside.  In its place was a family oriented weekend complete with a birthday breakfast of waffles and bacon (a specific request from Sidney) followed by lots of play time.  Sadly enough, coming immediately on the heels of Thanksgiving, I didn't even manage to make him a birthday cake. Fortunately, just getting to spend an entire weekend with his parents was enough for Sidney but it reiterated how much I need to refocus where my priorities lay.  I still feel guilty about this and am sure the guilt will linger for some time.  My resolution?  Next year there will be less Thanksgiving and more birthday.

I'm realizing that over the past few months I've felt rushed all of the time.  While I am getting most things done I haven't been enjoying doing them--and this includes things like menu planning and cooking which are activities I normally love and look forward to.  I've been going through the motions so I can check them off of my list and more onto the next item rather than taking the time to do them correctly.  (Somehow my personal "down" time has become when I am grocery shopping.  And anyone who has ever shopped in Albania knows that this is rarely a relaxing experience).  Between over committing in the office, ending up on too many volunteer committees where I somehow have leadership roles, and hosting representational events in our home, life has become one big blur.  Quality family time has become virtually non-existent which is why a birthday weekend spent together essentially doing nothing was such a treat for all of us.  This is certainly not the way to live.

So instead of waiting for the new year to set my annual resolution to step back, slow down, and re-examine my priorities, I'm starting to do it now.  We are already committed to attending numerous dinners, hosting dinners, and attending holiday social events in the coming weeks.  There are some events where saying no isn't an option but it is possible to simplify them.  As much as it pains me, I've made the decision to get our annual Christmas party catered. I know the food won't be the same quality or variety that it would be if I made it myself but I simply do not have the time to do it justice.  Instead, I've farmed out the cooking responsibilities and with that, I am hoping that I will have more time to actually enjoy the impending holiday.  (I am still baking cookies though since they are an integral part of the holidays for me and Albanians just can't seem to make Christmas cookies right).  The sense of relief that over came me once I had made this catering decision is amazing.  Even as I sat down with the caterer I wasn't sure what I was going to ask them to provide for the meal.  With that decision behind me I now have the time for focus on the wrapping of all of our gifts (gift bags), enjoying our decorated tree, and remembering what this season is supposed to be all about.  I've said no to taking on new tasks in the office and am making an effort to leave work at my appointed quitting time each day.  I'm also carving out some me time each week and have it written onto my Outlook calendar so I can't avoid seeing it.  Who needs the new year to implement a new plan? Not me. They say it takes three weeks to form or break a habit.  If I start on my resolution now, by the new year it will be a habit and perhaps 2013 will be calmer and more relaxed than 2012.  A girl can hope!

Email ThisBlogThis!Share to TwitterShare to FacebookShare to Pinterest
Labels: setting priorities, slowing down