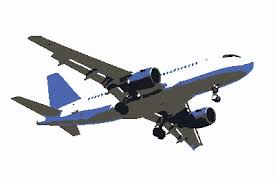 Glenn has been away on an impromptu business trip this week.  While I normally enjoy the down time that ordinarily accompanies his absences, this past week has been anything but quite and relaxing around household Brown.   Christmas preparations are first and foremost on the agenda.  Despite my best intentions, gift wrapping is not my forte yet I've been trying to wrap both Sidney's Christmas gifts plus the numerous gifts we give to Glenn's many contacts.  Progress is slow and painful.  Next weekend we are hosting two Christmas parties for a total of 100 or so guests in our home.  It will be partially catered (a sanity saving concession that I am not completely happy with) but we're providing all of the drinks (which I have yet to buy) and I'm making all of the desserts (which have yet to be baked).  Between now and then we are hosting a small dinner in our home for a visiting out of town couple and attending another one.  And Glenn will again be gone for two days next week.  On the days he will be here, we have commitments for each and every evening.  Plus I'm working every day next week with a schedule that doesn't permit for down time. Despite an amazing nanny who works too many hours for us, I'm not sure how everything is supposed to get done in time.  During our few email snippets while he's been away, Glenn told me about the German Christmas markets he's visited and gluhwein he's been drinking; I've told him about missed dinners, potty training mishaps, and the cold rainy weather that has prevented an energetic toddler from being able to let off steam outside.  The differences between our individual work requirements this week is drastic.  I keep telling myself there is a light at the end of the tunnel, but is there?

Yesterday during at our end of the day Embassy Christmas party I found myself engaged in a conversation with a co-worker about his wife's desire to have a career (a difficult proposition I have chronicled in an earlier post).  He said that when he retired in a few years, it would be her turn to have a career.  This is the very same conversation Glenn and I have had on numerous occasions; when he retires from the military, which is  ---next year?  in three years?  five?  even longer?  ---- it will be my turn to resume my career.  Like our co-worker, Glenn says he will be the soccer dad, the one who will be responsible for coaching baseball and being a Cub Scout leader while I return to work doing what I want.  This sounds great but the reality is that it is far from realistic.  How does a 40 something year old women (re)start a career after an extended absence from the workforce?  Despite the degrees, the impressive volunteer experience, and a very success career ten or so years ago, would it even be possible for me to jump back into the workforce at a level that would allow me to support my family?  At the same time is Glenn really going to be compiling grocery lists and cooking dinners while serving on the PTA and juggling what I'm sure will be Sidney's numerous activities?  Even with the most valiant effort, will he be satisfied doing this?

Last night was particularly trying.  Sidney was reacting negatively to Glenn's absence and in a fit of anger dismantled his 150 + piece train set.  With the wooden tracks scattered through the living room he declared that "Daddy will come home and fix it."  I had to explain yet again that Daddy would not be coming home that night but I would try to put it together.  Close to an hour later the tracks still lay in ruin (for some reason I am unable to get the tracks to connect into a full loop).  Admitting defeat I asked Sidney if he wanted to bake cookies instead.  This I can do!  He weakly said yes but also reiterated that "Daddy needs to fix it."  Back in my comfort zone in the kitchen we set about making cookies.  Two batches later I admitted defeat. In my distracted desire to keep Sidney from falling off of the stool, adding too much salt to the batter, or catching his hand in the mixer, I omitted the eggs from my first recipe and the yeast from the second.  By the time I realized my mistakes it was too late to salvage the ruined dough.

Late at night, after Sidney had finally fallen asleep I returned to the kitchen to remake the cookies.  Without distractions the doughs came together quickly and perfectly.  As I kneaded the soft buttery dough I recalled the events of the day and asked myself how much longer I (and maybe we) can keep this pace up.  A toddler needs and demands the attention of two engaged parents; at the moment Sidney might have half of one at best.  How can Glenn and I re-prioritize our responsibilities to make this happen?  Glenn hasn't had dinner with Sidney since last weekend and with the exception of tomorrow night's dinner --with company none the less- he won't be sharing the table with him until Thursday at the earliest.  That is a long time for a little boy to go without his dad --and a lot attempts at assembling train tracks for this mom.  How do I explain all of this to a three year old so that he understands?  And I need a break.  There I said it.  Right now my "down" time consists of trips to the grocery store (which is never relaxing in Albania) and cooking rushed dinners in an inadequate kitchen.  I've had a total of one girls night out in the eighteen months we've been in Albania.  I try but as is the case with my latest attempt, it got foiled by "a very important meeting" that Glenn had to attend.

In my current sleep deprived, cookie batter splattered haze I'm having a pity party where I fantasize about hopping on a plane and going to a place where I don't have any responsibilities, no one is expecting me to cook or entertain, and and I can do everything or absolutely nothing on my own schedule.  There's a flight to Vienna leaving tomorrow at 04.30 (yes, I've looked) so if I pack a bag now I could be on it. I could be, but I won't be.  Sidney will wake from his nap soon and I'll make another valiant attempt at constructing the train set up to his standards.  Glenn returns late tonight and tomorrow we'll have a family breakfast of bacon and waffles (Sidney's request).  After that  I'll continue with my marathon baking and preparing for our dinner guests while Glenn puts Sidney's train set together property and they both watch football, play and relax in the afternoon.  (That is a typical Sunday in household Brown).  Come Monday the week with start all over again with more baking, working, and holding down the fort in Glenn's absence.  As impossible as it feels at the moment, I know that the cookies will be baked and next week's parties for 100 will be successes.  We'll smile, get compliments, and next weekend will in turn roll back into another busy week where we can do it all over again.  It will happen because it must happen.  There really isn't any other option.  And maybe with enough practice, I'll finally be able to assemble the train tracks and Sidney will start saying that "Mamma will fix it".