The Baring of the Knives at the Wives Club 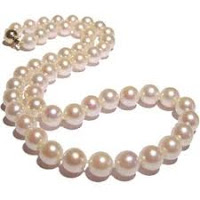 Wives clubs, now called spouses clubs to reflect the gender integrated military, are the somewhat antiquated but in my opinion still relevant groups that bring together the spouses of active duty military personnel.  They are traditionally separated by rank with enlisted spouses meeting and socializing separately from officer spouses. In recent years some commands within the Navy have started to merge their separate groups into a single organization with varying results. As with any group, stereotypes abound on both sides.  Pearls and crab dips are the running joke for officer spouses. (I actually do own pearls and make a pretty mean crab dip but I acquired both of these long before I became a military officer spouse).   Yes, the clubs are filled with play groups, coffee get- togethers, bunko games, and dinners out but at the heart of it, they are all about supporting fellow military families.  More senior spouses mentor junior spouses going through their first deployments.  We trade tips on creating portable careers, the best home repairmen, and the most trustworthy property managers.  When a tornado destroyed a Hampton Roads neighborhood while the ship was at sea, it was the spouse group that rallied around the affected families.  When Sidney was born it was members of my spouse group that provided home cooked meals, daily telephone calls, and made visits to the NICU to make sure we were all OK.  Regardless of the composition or stereotypes, these groups serve the same purpose--to offer families support regardless of the need that arises.

Some jokingly (?) refer to these groups as "knives clubs" because of the sometimes hostile, backstabbing atmosphere that can arise whenever you bring together large groups of strong, opinionated (wo)men.  I have witnessed this first hand but the jabs were relatively minor and were quickly forgotten.  On occasion, however, larger, much more serious issues arise.  A prime example is the current controversy brewing amongst the Army Officers Spouse group at Fort Bragg, North Carolina.  In this southern army enclave, the recently married wife of an active duty Lieutenant Colonel has been denied membership into the base's spouse club.  Although they deny it and are refusing to talk about it, the denial of membership appears to stem from the fact that Lieutenant Colonel and her wife are a same sex couple.  I'm not naive enough to think that homophobia doesn't exist in America.  Unfortunately it is alive and flourishing.  With the repeal of Don't Ask, Don't Tell, the Department of Defense made a small step towards providing more equality for all soldiers, sailors, and airmen serving their country.  Our troops and their family members deserve all of the support they can get.  It is one thing when those who are not a part of the military family turn against us, but for me it is even  more upsetting when we turn against ourselves.  How can we not support our peers?

The reality is that spouse groups provide an important support system for military families.  To this day some of my closest friends are women I have met through these groups.  Having shared experiences and feelings that only military spouses can understand brings us together regardless of our other demographics.  Until your spouse is gone for weeks or months on end in a war zone you just can't understand what the experience is like.  Regardless of whether your spouse is an officer or enlisted, senior or junior, male or female, we all need the support these groups can provide.  As a military spouse I am embarrassed by the way the Fort Bragg spouse group is treating Ashley Broadway and her wife.  This is not the behavior of the spouse groups I know.  At a time when all of our active duty spouses are willing to put their lives on the line for our country, I implore the spouses at Fort Bragg to open their arms to the Broadway-Mack family.  Because we are currently in Albania I don't have access to a spouse group. If I did, I would readily invite Ms. Broadway to come join my group.