The NaBloPoMo theme for the month of December is work.  On the surface this seems like a simple enough concept but the more I think about it, the more I realize it is actually a very complex word.  There are so many definitions and understandings about what work is and isn't.  Paid or unpaid, physical labor or mental workouts, alone or in a group, in public or the privacy of one's own home; these are just a few of the many types of work.  The meaning of work varies amongst cultures, countries, and for some, individual households.  Work's value--in monetary, social, and political terms- is just as varied as well.  It just might be one of those concepts that we may all need to agree to disagree on.

For many, saying they are "going to work" means they are leaving their house and commuting to their office or other paid work place.  I find myself using this phrase on a regular basis to explain to Sidney why his father isn't always home when he wakes up in the morning.  "Daddy eshte ne pune" has become a daily refrain for explaining Glenn's absence.  And Sidney has learned that it means Glenn is not at home.   In doing so, however, I feel as though I am playing right into the stereotype that one must be leaving the house and getting paid in order for them to be working.  I want to make sure Sidney understands that work takes place at home as well; whether I am cooking dinner or calculating our monthly expenses on the computer, I too am working.

Regardless of one's familial or paid employment status, I think work begins and ends at home.  Whether it is making coffee and getting breakfast on the table, watching your children, walking your dog, or washing the dishes, all of these tasks must be recognized as the work that they are.  These tasks are more likely than not unpaid--unless you hire someone to do these chores for you--- but that doesn't make them any less important or significant.  (Every once in a while statistics pop up laying out what the cost of unpaid work is really worth.  One can argue about the reliability of the figures but their overall message is clear).  In fact, I would argue that it is this unappreciated and unpaid work that makes the world go round.  Regardless of nationality or socio-economic level the work that takes place inside of one's house is what makes it possible to leave the house and go onto paid work in the first place.  Even after paid employment ends, whether by choice or by circumstance, work inside of the house continues until our last dying breath.

My own concept of work has evolved over time.  Prior to getting married and having a child I viewed legitimate work as paid employment and work inside of the house as a necessary evil.  I volunteered at a local women's shelter and donated my time on several non-profit boards but I didn't think about my efforts on these projects as having a dollar figure attached with it.  In my arrogant, just out of college view, I didn't understand how someone could chose to stay home and "not work" all day.  We're they bored?  Oh how naive I was.

My first long stretch of unemployment was the five months between the time I moved to Norfolk and the time I found a less than exciting, underpaid job.  My first few weeks of not working felt like a vacation.  After all I was busy settling into a new house and learning my way around a new city.  Soon my days were filled with the mundane tasks of cleaning, shopping, and turning what had once been a bachelor's house into a family home.  I did this while applying for numerous jobs and going on too many interviews to count.  The first fight Glenn and I ever had was over my "work" status.  After a long day he had cavalierly made a comment about how it must be nice to not be working.  Mind you this was after a day where I had gone on a horrible job interview (for the job I actually got), grocery shopped, made dinner, and reupholstered several dining room chairs.  Whoa!  I may not have gone into a office for the day but I had certainly been busy.  Maybe I didn't earn any actual money that day but I hadn't been sitting around twiddling my thumbs.  It took being confronted with it head on for me to realize that a lot of work is unpaid (or underpaid which might be even worse).  In the months following Sidney's birth, in my sleep deprived haze, I realized that going to a job outside of the house might actually be a better deal.  It is much easier to get up and leave the woes of your job in the office.  When your work is caring for your family who lives under the same roof as you do, it is virtually impossible to escape that work.  (During this period I considered going to the store alone to do our weekly grocery shopping as my down time).  In reality, there aren't any off hours, lunch breaks, or vacation days.  When you are caring for children, you are always on the clock. 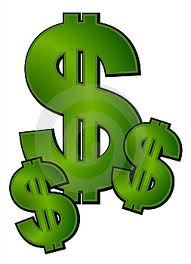 Fast forward several years and I'm not working part time for the Embassy, volunteering with a non-profit, raising our son, and serving as a "volunteer" for Glenn's office.  My days fly by and in reality I only get paid for a small portion of the hours I put in each day.  After earning a paycheck each morning I spend most afternoons planning, shopping, and cooking for the various dinners and receptions we host each month.  And since everything in Albania is more difficult and time consuming than it would be in the U.S. these simple tasks take a lot of time and effort.  I may not receive a physical paycheck for each canape or cookie I serve but that doesn't make my efforts any less valuable.

The moral of this is that all work needs to be valued.  Whether paid or unpaid, in the home or outside of it, all work is important and helps make our worlds function.  Our workplaces function because employees come in every day to do their jobs.  Charities, churches, and NGOs are able to provide help to those who need it because volunteers give their time --i.e. work-- to make the services happen.  Children are cared for everyday, pets are walked, and households maintained because people are working.  Just imagine what would happen if I decided to go on strike at home?  If I stopped grocery shopping, menu planning, and cooking dinners, I know there would be at least two very unhappy males in the Brown household.
Posted by Zosia at 07:00