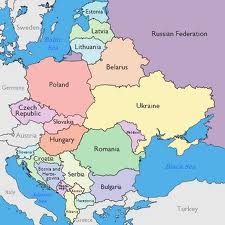 Each month the Tirana Military Attache Association, the odd conglomerate of military attaches posted to Albania, gathers together for a social event.  The intent of these gatherings is to provide an opportunity for military attaches and their spouses to get together in a social setting.  Throughout the course of the month the men (yes, all of the attaches here are men and in this machismo driven environment, I can't imagine it being any other way) work together and the wives will have a group coffee or two, but this is the single event that brings us all together under one roof.

Collectively we are an odd group comprised of mostly former Warsaw Pact countries with a smattering of others (Italy, China, Turkey, and the United States) thrown in for diversity.  Perhaps it is the state of the current world economy or because of Albania's less than significant role in world affairs but there are only eight attaches in residence here in Tirana.  Our already low numbers were further reduced this past year by the financial crisis in Hungary causing the Hungarian attache to close up his office and move home.  We may be a small group but by the end of each evening we are a lively one.

Each month a different country hosts the social event but for the most part these events essentially follow the same formula.  We meet in a local restaurant for a cocktail hour that has the men standing in one group and the women in another sipping sparkling wine or the host country's local fire water (which for some reason always seems to be a version of raki).  We mingle in our respective groups until we gather around a table large enough to accommodate thirty to forty people.  The hosts sit in the center and the rest of us gather around arranging ourselves near the people we enjoy spending time with the most.  (I can attest to the fact that if you sit next to someone who does not share the same languages, these evening are very long affairs).  Because there are never tables that can accommodate this many people, the restaurants cobble together enough smaller tables to form one long one.  For some reason, each month I always find myself straddling two table legs but if I am lucky the two abutting tables are the same height.  And then the eating and toasting begins.  Platter after platter of food arrives at the table and just when you think you can't eat any more, the entrees arrive.  The eating is only punctuated by numerous toasts and cheers lead by just about every man present.  Since the people of many of the countries represented in our group suffered greatly during Communist times, and experienced food shortages, I always wonder if the copious amounts of food are symbolic of the fact that the host countries now have plenty of food.  (With the exception of the United States, the only country that doesn't always over feed us is Italy).

The latest trend over the past year has been the inclusion of live music and dancing during dinner.  Sometimes we just watch the dancers; one particularly strange dinner included a combination of "American" country western dancers that moved more like strippers, traditional Albanian folk dancers, and a very bad belly dancer (no, this event was not hosted by Americans, Turks, or Albanians).  Other times we are active participants in the dancing. Have you ever tried to learn a lively Turkish circle dance with a belly full of too much grilled meat?  Some of the singers have been better than others but inevitably they are flashily dressed Albanian women whose repertoire includes American pop music from the 1980s (think Whitney Houston and Michael Jackson) and Russian folk songs.  The evening inevitably starts with the American songs being crooned quietly but quickly escalates as both the guests and the performers consume glass after glass of raki.  By the time dessert arrives not only are we over filled with food but the music is at a deafening level that all but prohibits normal conversation.   By this point American or even western music has been thrown by the wayside in favor of nothing by traditional Eastern European songs that have everyone clapping their hands and stomping their feet.  As one friend wryly commented to me, these events are a Warsaw Pact reunion.  The noise level only continues to rise until the event abruptly ends upon our departure.  For some strange reason, everyone follows the lead of the Americans so when we leave the party ends.

Glenn and I are slated to host the social event in April.  As was the case last year, the event will continue long after its designated end time since if we don't leave (and as hosts we can't) no one is really sure when to go.  Our plans for the evening are still developing but we're thinking that karaoke might be in order.  After all what is more American in format while allowing each represented country to sing to their true colors?  Of course, if we follow this route as the hosts we would be required to kick off the singing with an American classic and that might result in an ugly international incident.
Posted by Zosia at 16:14