On the Road To Sequestration 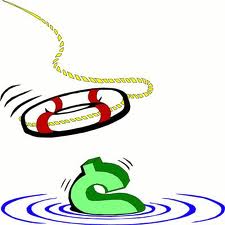 Sequestration.  Its been the buzz word filling the U.S. news, conversations in the Embassy cafeteria, and work staff meetings for weeks and the frenzy is only picking up speed.  How will a sequestration effect me? Glenn and I are both federal employees so will we both still have jobs?  And what the heck is a sequestration any way?  (Per the Merriam-Webster dictionary, a sequestration is defined as the act of seizing or placing something in custody---which in this case would be the seizing custody of the federal budget and its lack of money).  Will both political parties reach a mutually agreeable resolution before the witching hour sets in?  Will a palatable compromise be reached that keeps both jobs and public services in tact?   I think the answer to all of the above questions is "it depends."

Just as no one seems to be able to answer these perplexing questions, no one can agree on who is at fault for America's current fiscal crisis.  Republicans blame the Democrats while Democrats blame the Republicans.  Some say the problem lies with the current politicians in Washington while others say the problems started during previous administrations.  Blaming the opposite party and one's predecessors seems to be the only thing that everyone can agree upon. However, laying blame doesn't bring about the desperately needed resolution and as the countdown clock continues to tick away, the potential realities of this crisis inch closer to becoming a reality.

On an individual level I'm not sure how a sequestration would actually effect  me.  I am a part time employee of the Department of State and the message I have been receiving from my employer is that furloughs are unlikely to happen at our Embassy.  There is the caveat that if furloughs were to take place we would all receive thirty day advance notices before any action was taken. Because I am only a part time employee and my income is essentially our family's "play" money, my being furloughed wouldn't drastically effect us.  We would cut down on our travel, perhaps eliminate a dinner or two out, and yes, reduce my internet shopping, but I think we would essentially escape unscathed.  Glenn is an active duty military member. Given his current position it is unlikely that he would be furloughed but one never knows.  One never knows.

I would hazard a guess that all federal agencies are developing contingency plans for the "what if" moment.  Some, like the Department of Defense, are already making those "what if" moments a reality and taking otherwise drastic measures in preparation for the worst case budget scenario.  The recent "indefinite delay" i.e. cancellation of the deployment of the Harry S. Truman Strike Group,  has not only reduced the U.S. Navy presence in the Persian Gulf by half but left thousands of families in upheaval.  From cancelled apartment leases to moves and general mounting uncertainty, many military families are already experiencing the effects of the looming sequestration and are left wondering what will happen next.  (Yes, as military families it is ingrained in us that we must be flexible and ready to face the unexpected, but this is still an unprecedented turn of events).  Immediately on the heels of this aborted deployment came word that major repairs of ships would be delayed.  Contracts for ship repairs or new construction have been cancelled and the trickle down effect has and will continue to have drastic negative effects on states that are already struggling in these fragile economic times.   Civilian Department of Defense contractors, of which there are close to 800,000, are being told to prepare for a 20% reduction in their salaries over a six month period.  For most families, this reduction in pay will have a drastic impact on their quality of life.  Orders, the official paperwork that tells military members what jobs they are moving to next and allows families to make plans for relocations, school transfers, and securing housing, are also on hold pending budget resolutions.  Combine this with reductions in health care access and childcare services, cuts that are already being implemented, and the daily way of life for thousands of families is changing.  What does all of this mean for us as individuals?  More importantly, what message is this sending to the rest of the world?  (Who, if conversations with my international friends and my reading of foreign newspaper articles are any indication, are all watching these developments closely).

How is it that the most powerful nation in the world is finding itself in this situation?  It should be unimaginable but unfortunately, what used to be unimaginable is now a reality.