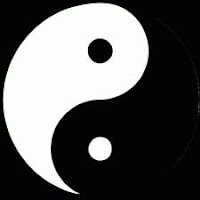 Living overseas I find myself experiencing a culture clash of sorts on a daily basis.  It seeps into my world in both expected and unexpected ways and smacks me in the face when I least expect it.  Yes, I expect a difference in cultures between Albanians and the ex-pats living in Albania and even the further clash between each nationality of ex-pats residing here (or anywhere for that matter).  Just as there is a difference between Americans---geographic location, education level, or socio-economic status are just a few of the many influences that shape our individual views of the world around us---the same is true for Albanians or any other nationality for that matter.  These differences of opinion are what make us unique and in my opinion, make us interesting.  How boring would life be if we all thought, acted and reacted the same way to issues as they arose?  But it is these very differences of opinion that often causes the culture clashes I have been pondering.

From an outsiders perspective, many people probably look at the Americans working at our Embassy as being a homogeneous lot.  (These are probably many of the same people who think that everyone in America is rich and all of America is like Hollywood since that is, after all, what they see in the movies).  On a more realistic note, reasoning might predict that since we all work for the same government and speak the party line that we therefore must all agree.  Right?  Wrong.  We may all come to work each day under the auspices of being employees of the U.S. government, but we are all individuals.  Everything from our work ethics and religious values to personal beliefs, educational backgrounds and pre-conceptions of others may differ in as many ways as there are employees.  Because we are individuals, try as we may, it is impossible to check our personal beliefs and values at the door just because we enter our office.  And I believe that having these differing opinions helps us all do our jobs better.

Just as all of America is not Hollywood and not all Americans are rich, all U.S. government employees are not the same.  We may work for different agencies within our Federal government but the differences are much deeper.  Some of us may even work for the same three lettered executive branch agency as our neighbor or cube mate but our views on life and even our jobs may differ as well.   For example, the Department of Defense (DOD), the three lettered agency I am the most familiar with, is not the homogeneous behemoth of an organization many people think it is.  More than once I've had people tell me that all the military does (or should do) is build bombs, shoot guns, and blow things up and that everyone who is in the military wants to go to war.  Umm....not so; consider for a moment who would actually be fighting these wars we apparently all crave.  Each military branch--Navy, Marines, Army, and Air Force--all has their own missions, values, and subcultures.  What is culturally acceptable in one branch might be looked down upon in another.  Rank lines that are blurry in one branch are razor sharp in another while the responsibilities delegated to each soldier and sailor may vary depending upon their unit.  It isn't so much a debate as to whether this is right or wrong, rather it is just the way it is.  After all, who are we to call into question whether one organization's culture is or isn't acceptable?  This is an example of a single federal agency so just imagine the issues and debates that arise when you throw multiple agencies into the conversation.  And sometimes these very debates unknowingly (?) bring a cultural clash to a head.

A clash of cultures doesn't have to be all bad.  Rather, it can serve as an important opportunity for learning.  Before you react to something that moves you--whether in a positive or a negative way-- stop and think.  Consider where the person is coming from and what might be driving their actions and statements.  Perhaps it is their personal values, the culture of their organization, or a combination of the two that is driving their response.  These differing viewpoints might bring an important new perspective to the discussion or they may reconfirm your original opinion.  It isn't so much an issue about right versus wrong; it is about keeping an open mind and accepting individual cultures for what they are.  And after all, if we are a society where individuality is so valued, we must embrace all of the cultural differences that accompany it.


** As defined by the Merriam-Webster Dictionary online.
Posted by Zosia at 16:47