Chocolate In The Rain 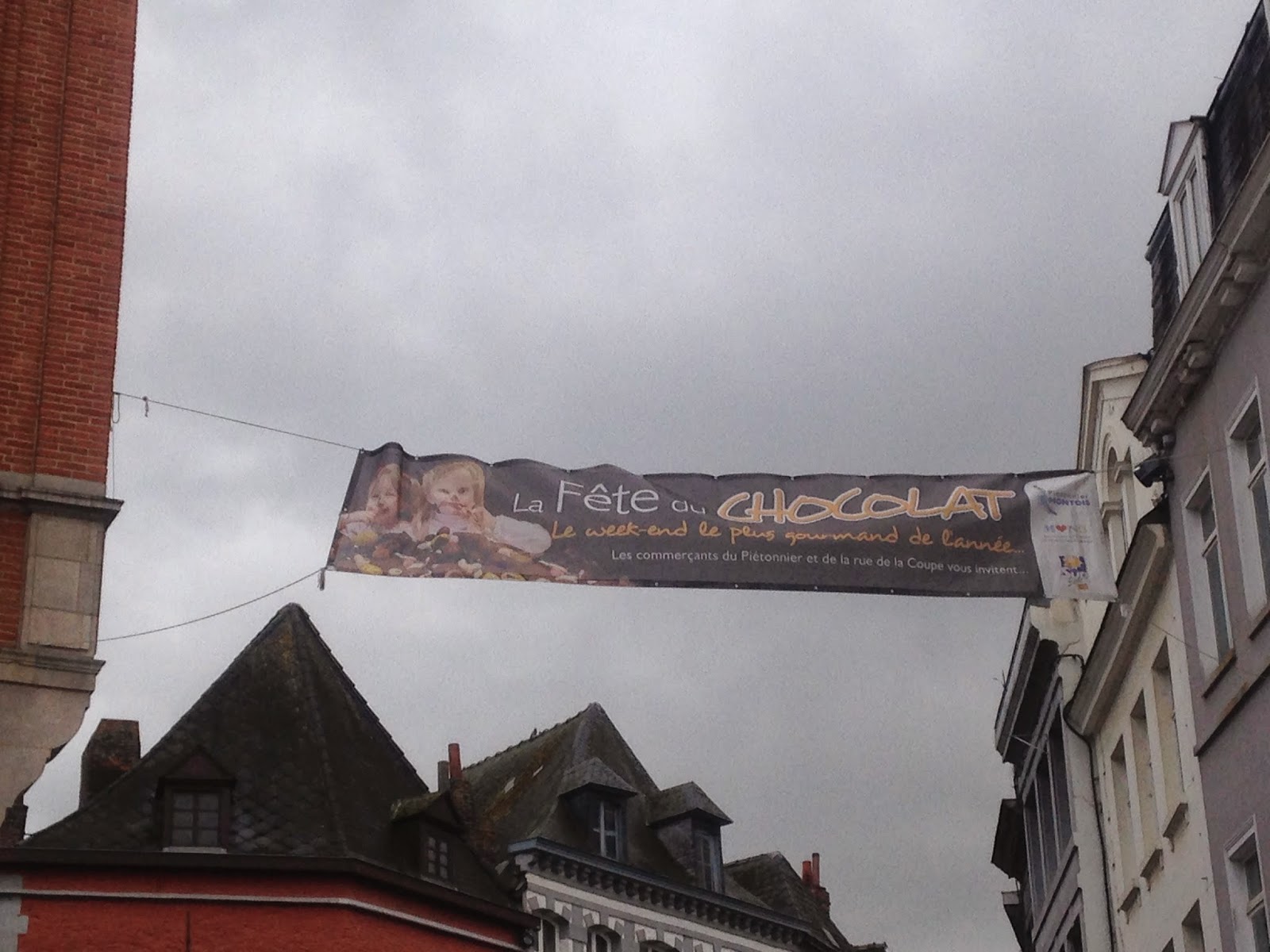 
We had wandered about halfway through the festival when the sky opened up and it began to pour. My first inclination was to run for cover but in looking around I noticed that no one else was dashing towards the nearest vestibule. Instead, people were lifting their hoods or raising their umbrellas and continuing on their way. So we joined the locals and did the same. Sidney loved splashing in the puddles and the rain did little to detract from the festivities. Sure we got wet but it was just a part of the experience. (Prior to our arriving in Belgium Glenn had boldly declared that we wouldn't let the rain stop us from venturing out so we didn't). But as is the case most days the rain was short lived. By the time we headed home the rain had stopped and before we reached our doorstep the sky was bright blue and the sun was shining. We were almost tempted to turn around and go back. But instead we brewed ourselves some of our new mocha coffee and drank it with chocolate macaroons. Life in Belgium is turning out to be pretty darn sweet.