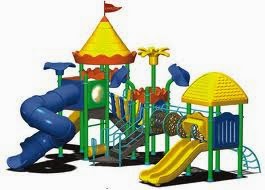 Who knew being a pre-schooler could be so complicated? If Sidney is to be believed, each school day is filled with the dramatics of new friendships being made and just as quickly broken, toys being shared and hoarded with equality. Dragons, zombies, and Star Wars Jedi frequently join in the games with a "chicken man" (I have no idea what this even is) making rarer appearances. This is the most common narrative I hear each afternoon during the car ride home from school. I also get to hear about who was good or really bad on any particular day, which child had an unfortunate accident in their pants, and who ate what for snack--smiley face cookies are the latest culinary trend amongst the four-year-old set. And Sidney isn't alone in sharing these tales. Amidst the hustle and bustle of collecting book bags and coats, Sidney's classmates are quick to tell me what Sidney did or didn't do during the day. According to them, often confirmed by his teacher, and by Sidney's own later admission, Sidney is quick to delegate who is a good guy or a bad guy on the playground, he has a tendency to covet other's toys, and does not like to eat his soup at lunch. A few weeks ago Sidney went through a scratching and poking phase, again confirmed by all three of my above mentioned sources and is a mischievous kid but overall he is adjusting pretty well to school. As a parent I should be happy but I have a little nagging voice that keeps whispering in my ear............

Between a four year old's tales, a teacher who speaks minimal English, and adjusting to the cultural norms of a Belgian school environment where some behaviors appear to be more permissible than in American schools, I'm not always sure what is going on during the day. A few non-American parents have muttered to me that the classroom is out of control and by the teacher's own admission there are several "trouble makers" in the class. (Other than the incident with the poking and scratching I have been assured that Sidney is not causing the problems. Knowing my son, however, I am still a bit skeptical....). And I can see that there are problems. Out of the twenty children, thirteen are boys. I can't even imagine having that many four year olds in one classroom............. Since day one Sidney has been coming home and reciting to me the trouble a couple of children cause each day. I've seen them in action with my own eyes so I don't completely doubt his narratives. But these are the same children whom he claims to be friends with so I just don't know what is going on. When Sidney complains about the things they say or do we encourage him to play with other children. If they bother him at lunch we encourage him to sit with other kids; if they break his crayons we tell him to color with other children. The list of options go on but who knows if he follows through since on any particular day he may or may not be friends with them. I have quickly correlated their absences from school with Sidney having better, more well behaved days.

But over the course of this past week things seem to be getting worse. Sidney informed me that he spilled one particularly precocious girl's soup on her at lunch because she was bothering him. (Ironically enough, the ringleader of all of them seems to be this girl). I asked him why he was even sitting next to her and he said because she told him to sit there. On Wednesday of this week a little boy kicked Sidney in the nose while they were on the playground. Sidney never said anything to me about it and I only learned of the incident when the teacher asked me if he was alright the next morning. When I questioned Sidney about it he said that the troublesome girl had told the boy to do it. And then yesterday I arrived at school to find Sidney in tears because the said girl had punched him in the chest. (Sidney later claimed he had taken her toy but two wrongs do not make a right). He has a bruise this morning that attests to the punch. The teacher is aware of all of this and is pulling parents in for conversations after school. (We were the recipients of such conversations during the scratching and poking period). She tells me that Sidney is generally well behaved but that there are just problem children in the class. In one breath Sidney tells me that he isn't friends with these children any more and will stay away from them but in the next breath he says they are his friends. I just don't know what to think.

To top it all off Sidney was invited to this child's birthday party next weekend. The entire class was invited but I am torn as to whether or not I want my son to attend. At first Sidney said he didn't want to go but then he did. And then he didn't but now he is unsure. I need to R.S.V.P. soon. Glenn says attending would be a good opportunity to see these children, and their parents in action. I wonder whether this child even wants Sidney there. After all, the entire class was included in the invitation but I know all too well from experience, that many times invitations are only issued as a courtesy and it just so uncomfortable when invitees don't understand that. (We don't want to be those people). But then again we are talking about four and five year olds so does it even matter? But it probably does. After all, their playground politics seem to give real world issues a run for their money.
Posted by Zosia at 10:43