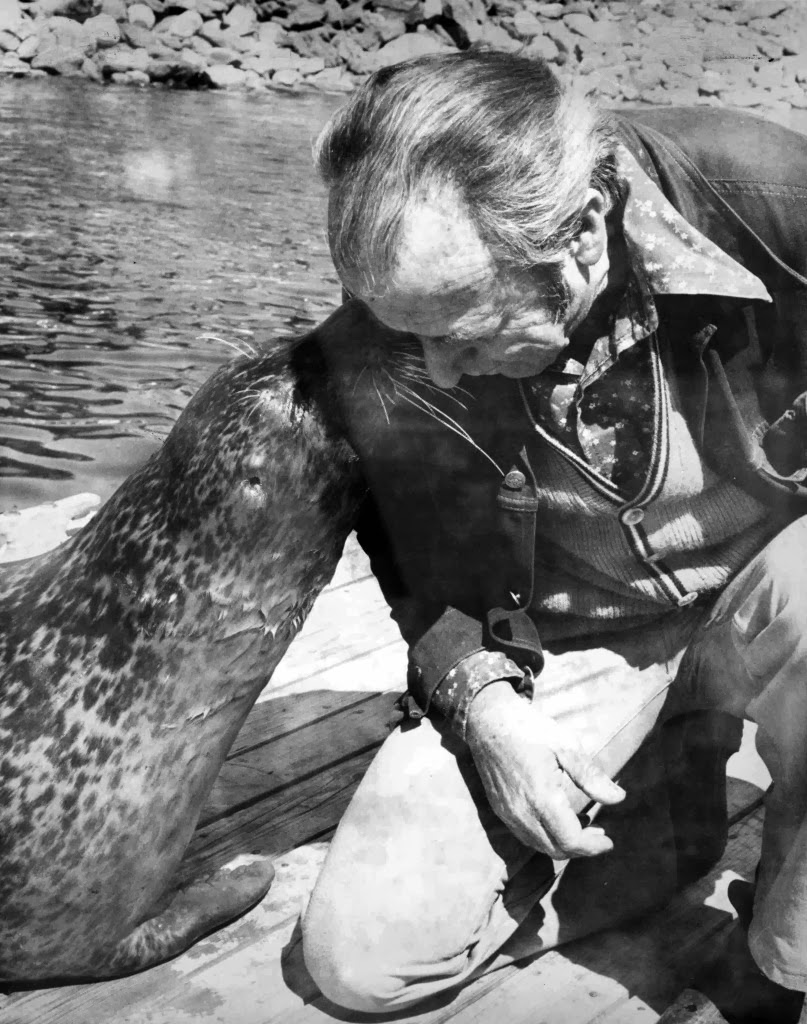 I recently posted the above picture on my Facebook page and, as it had done for me when saw it, the picture immediately brought back so many childhood memories for those of us who grew up in Mid Coast Maine during the 1970s and 1980s. For those of you who aren't from the area or are too young to remember, this 1977 picture, courtesy of mainetoday.com, is of the famous Andre the Seal and his trainer Harry Goodrich. But for those of us who grew up during that time, who doesn't remember the seal?

A quick recap for those who aren't familiar with the story: Andre was an orphaned harbor seal who was rescued by Goodrich in 1961 off the coast of Rockport, Maine. By the time I "met" Andre he was spending his summers lounging and playing in a protected corral in Rockport harbor and winters in various New England aquariums. A highlight of any trip to the harbor was visiting during meal time where we could watch Goodrich throwing fish to a playful Andre. If he wasn't eating he might be simply basking in the sun or swimming in the harbor's cool waters. Being the first to spot the seal as he popped to the surface of the water became a game that my brother and I both wanted to win. To our parents, visiting Andre was free entertainment. For us kids, it was simply cool to see the famous seal. One of my most prized books as a child was A Seal Called Andre, Goodrich's children's book about his adventures with Andre. Andre died in 1986 at the age of twenty-five and I still remember the sadness I felt when I heard the news. (I have no idea if this is old for a seal--it probably is since one only has to watch a National Geographic special or two to see that the life of a normal seal is anything but easy). Over the years a movie has been made about Andre's story and a statue of the famous seal sits in the little park at the head of Rockport Harbor. Because of this, Andre lives on as a little bit of Maine history for my generation and generations to come.

Some of my fondest childhood memories are of visiting the statue both during our summer vacations to Maine and later as a local resident. Its been years since I've been back--probably the last time was when my brother got married in that very park during a particularly rainy October weekend. But our family has plans to visit Maine this summer and visiting Andre's statue, and introducing my son to one of my fondest childhood memories, is on the top of my to-do list. I'm feeling nostalgic (and a bit homesick) just thinking about it. How many days is it until July????