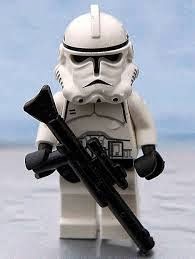 I'm not pro-guns; I'm not anti-guns. I believe in the individual right to own guns but I also believe in responsible gun ownership. To me, that means understanding how to safely use and store your weapon and always doing so. It means never pointing a weapon at someone or something unless you are prepared to use it and deal with the consequences. In my early years I grew up in a house with guns and my father taught me to shoot a rifle at an young age. Looking back on it I didn't like it but I also didn't not like it. I guess I was just indifferent to it all. I had a grandfather who was an avid gun toting NRA member. But he was always responsible about his weapons. In my twenties I dated a man who undoubtedly fell into the category of being an irresponsible gun owner. He thought nothing of leaving it around, joked about shooting things, and generally instilled in me a fear, whether rational or not, of guns. More recently I've taken a gun safety course and learned how to safely handle and shoot a variety of weapons. Again, like my earliest experience with guns, I neither enjoyed it nor disliked it. But it did instill in me a deeper understanding of and respect for the importance of using guns safely. Every time I hear of a gun related tragedy it shakes me to my core and causes me to reexamine my own views about weapons. But this isn't a post about the pros and cons of gun ownership; this is a post about how I feel about guns, whether real or pretend in my own home.

I do not want guns in my house. It is just something that I am not comfortable with. The same holds true for toy guns, after all why would it be all right to point a play gun at someone when doing so with the real thing could prove to be lethal? With one minor exception I thought we had kept toy weapons away from Sidney. (The exception being in Albania, the afternoon we returned home from work to find Sidney playing cops and robbers in the street with the neighborhood kids. His pointing the toy gun at us as we backed into the driveway freaked me out. After that we reiterated to the nanny that we did not condone Sidney's playing with toy guns and I thought that was the end of it). But Sidney being Sidney, and Sidney being a precocious little boy, he wants to play with all things boy, including "pow-pows" as he calls guns.

Whenever the subject of guns came up I would skillfully (or so I thought) change the subject. Requests to play "pow-pow" with Sidney would be turned into playing with matchboxes or cooking up a mean in his play kitchen. Or we would read books or play trains. But then he turned his train tracks into toy guns and wanted to play "pow-pow". Over time these deflections are being more difficult to pull off. Since moving to Belgium and living in close proximity to two military bases where some personnel visibly carry guns, Sidney's interest in the weapons has only increased. I could blame it on school and hanging around other kids but I think that environment is only partially to blame. We are after all in the military so it is natural that guns would be around and people here aren't necessarily adverse to their presence. When Sidney asks why the guards carry pow-pows I let him know it is to keep people safe. He accepts the answer but then says he wants to own one so he can keep us safe.  Gun free zones are clearly marked and Sidney quickly hones in on the signs saying no guns allowed. He asks why they can't be carried into these buildings. I struggle with how to help a four year old understand that sometimes guns are good and sometimes they are bad. This explanation just seems to simplistic for a complex subject but I also don't want to instill a sense of fear in him. But somehow, regardless of what I say or don't say the subject always returns to Sidney wanting his own gun. Toy or not, despite all of his begging, I just won't want one in our home.

But then Sidney went to the store with Glenn and returned with a tiny Star Wars themed Lego set. Those tiny little men, both "good guys and bad guys" had their own "pow-pows".  Sidney was beyond ecstatic with his new toys while I was less than thrilled. By themselves, those tiny little guns being toted around my two inch figures are harmless enough. (Their biggest threat is my stepping on them since the living room rug camouflages them perfectly). As I watch Sidney engaging his new toys in shoot outs with the good guys always winning I wonder if they are so bad after all. I question how can I use these miniature toy guns as a teaching opportunity about good and bad and their respective consequence. After all they are just toys and tiny ones at that. But what happens when my little Jedi in the making comes home with the next toy gun that is even bigger or more realistic? I guess I will just deal with that issue when it arises but in the meantime I'm thinking about it and what I will say.....
Posted by Zosia at 09:30