Getting To Know Belgium: A Primer 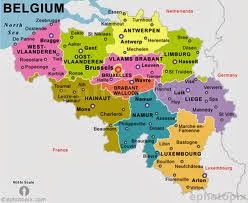 So where is this tiny European country I now call home? And what is Belgium known for? I had these questions and many more when Glenn first told me that moving to Belgium was a possibility. Like any good student I immediately set out to learn more about where we would be spending the next three years and at first glance, I really liked what I saw. In fact, much of what I found was downright exciting. And then we arrived here and I realized that I had just scratched the surface of this great western European country perched on the edge of the North Sea.

Sandwiched between the Netherlands, France, Germany, and  even tinier Luxembourg, Belgium is a convenient jumping off point for exploring much of western Europe. If this isn't enough to keep you busy, a quick ferry or Chunnel ride across the English Channel will put all of Great Britain at your doorstep. But there is so much packed into this country of just over 30,500 square kilometers and a population of just under 10,424,000 that you don't have to leave to have a good time. Belgium is filled with chateaus, green space, historic centers, and yes, chocolate and beer. The capital of Brussels is perhaps best known for being the home of NATO making it an important player in global politics but this strategically located country has been a player on the world scene for much longer. Wars have been fought on what is now Belgian soil since the Middle Ages, the country was the site of the famous 1815 Battle of Waterloo and it was occupied by Germany during both World Wars. Today the struggle for national identity continues with an ongoing debate over a division of the country along Flemish and French lines.

Now here are a few more fact about Belgium: 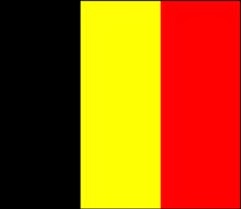 We've only just arrived and there is so much of this country for us to explore and get to know. I can only hope we can see it all over the next three years.
Posted by Zosia at 09:24