Awash In A Sea Of Belgian Black, Yellow & Red 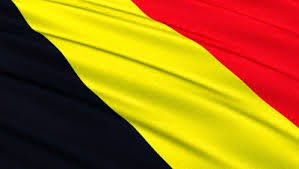 Maybe I'm missing the patriotic gene (and I don't think so) but I've never felt compelled to wrap myself in the American flag. I've also never felt the need to wear the flag as an accessory (which according to Congressional law is actually a violation of flag etiquette) nor have I draped the flag over my car and driven down the streets. Call me boring but the closest I've come has been to hang an American flag in front of our house(s) in America. But apparently I am in the minority here.

When we were in Albania I thought the locals were a bit crazy in their love for everything red and black and Albanian flag related. And during their centennial celebration for independence, it felt as though every inch of the country was draped in the ubiquitous red and black double headed eagle flags. It was simply over the top. Prior to that time it had never even dawned on me that someone would shrink wrap their car or a high rise building (or the Parliament building for that matter) in their national flag but apparently not doing so in Albania was the exception rather than the rule. And I quickly lost count of the number of cars speeding down the streets streaming large flags in their wake and the number of young men hanging out the windows and sunroofs waving the said flags. You needed to see pictures of it all to believe it and I honestly thought I'd never see anything like it again. But then we moved to Belgium and the race for the World Cup kicked off.......

I was aware of the hype leading up to the Belgian Red Devil's initial game against Algeria. What I hadn't expected was the crazed antics of the fans. The game was broadcast on large screens in a public square here in Mons but for a variety of reasons we didn't plan on attending. We did have the game playing on the television at home and watched it in bits and spurts as we went about our normal evening routine. But even without watching we knew the minute the game was over with Belgium coming out as the victors. The sound of horns and screaming immediately filled the air and within minutes of the game's finale our narrow one-way street was filled with speeding cars draped in Belgian flags careening by. I had unknowingly chosen this exact moment to go for a post-dinner walk through the neighborhood and was quickly swept up into the wave of crowds that were moving through the streets and screaming with excitement. Black, yellow and red was everywhere from leis and wigs to flags, face and body paint,  banners, clothing (including a rather tiny bikini worn by a big bellied man). And it wasn't just the "young" people who were partaking in the celebrations; everyone from babies to the elderly was in on the action. And because this is Belgium I imagine that most of these actions were fueled by a wee bit of beer. As relative newcomers to the country the celebrations were both amazing and a bit scary.

The celebrations lasted well into the night. The next  morning Sidney informed me that, the night before, he had stood at his bedroom window and watched "cars and Belgian flags and people hanging out of cars drive by over and over". (He also informed me that people weren't wearing their seat belts and their Mommas would be angry that they were hanging out of the windows because it is dangerous). And sadly enough, he wasn't kidding. I was practically side swiped on the sidewalk in front of our house when a young woman draped in a Belgian flag flung herself out the window as the car sped by. The parade of Belgian pride lasted into the wee hours of the morning. But this was just Belgium's first game in the lead up to the actual World Cup finale. At a minimum they have at least two more games to play but because of their win the other night, it is probably more. I'm not sure I even want to contemplate what future wins will mean in terms of celebrations.

So I suppose that given the time and my environment, my only option is to......... 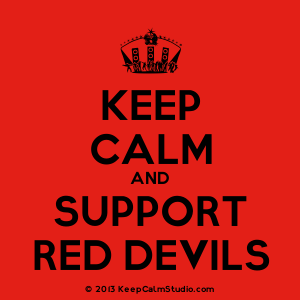 minus the black, yellow and red flags of course.