The 'Woe Is Me' Race 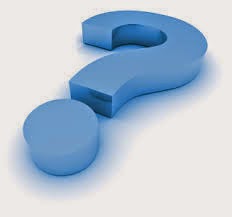 Does it ever seem as though no matter what tale of woe you hear someone is quick to talk about how their situation was so much worse? As in "you think you have it bad but when I was a kid I had to walk to school...barefoot....in the snow.....uphill both ways." OK, I jest (sort of) but this is a quote I heard a lot growing up whenever one of us kids would complain about how bad or unfair we perceived something to be. For kids, it may often feel as though you had it worse, your life was tougher than everyone else's, your parents were meaner and you never got what you wanted. But to carry this attitude into adulthood? Unfortunately people do it and rarely, if ever, is it pretty. And when social media is involved, the problem seems to manifest itself all the more.

Sadly, I've seen this woe is me, my situation is worse than yours, too many times in the military community. This is especially sad since rather then supporting each other, we turn against one another, second guessing decisions and calling into question whose situation is worse. I recently read a blog piece that was written by a Army reservist's wife who was bemoaning an impending ten month separation from her husband. She unwittingly called the separation a deployment because those were the terms that she and her family thought about the separation in. But her husband wasn't being sent overseas, rather he was attending a military college program on the other side of the country (in the U.S.) and her family had made the decision not to be uprooted and move with him. So instead of fellow military spouses rallying around her to support the separation the claws came out in full force attacking her choice of words, questioning the decision to remain behind and essentially telling her that her situation was nothing compared to what other military spouses had gone through.

Choices such as voluntary separations are very personal and, I doubt, ever made lightly. Yes the circumstances between deciding to be apart versus being told you will be apart are very different but at the end of the day the results are the same: you are separated from your loved one. I am absolutely not discounting the stress and anxiety that comes from having a loved one deployed in a war zone but who are we, as individuals or a community, to judge someone else's decisions? If they want to call a situation by a certain name, let them instead of attacking them because what they said or are going through is different than our own experience. It is as if we in junior high or are we strong adults who hold our families together for months on end and support each other?

But along the same lines, whenever someone takes a moment to whine or commiserate, the same people attacking the above blogger are probably the ones who will be quick to tell you that their deployment experience was worse than theirs. Whether it be longer, during more "important" months, they experienced more house and car problems (which inevitably happens regardless of how long a military member is away) everything about their situation is worse. But in their civilian lives they are probably the same people who have the worst neighbors, their angelic children are probably in classes filled with misbehaving children, their daily commute is more trying and so forth. Maybe there is an award out there for having the worst situation that I am simply unaware of. Why else would people feel the need to try to one-up each other when it comes to bad or difficult situations?


Perhaps it is time that we all put on our big girl panties and support one another. A little understanding and compassion, i.e. "I'm sorry you are going through this" followed by an offer of a helping hand or positive advice would be a lot more productive than put downs and turning the situation into a competition about whose situation is worse. Think about it; its just the right thing to do.
Posted by Zosia at 10:15