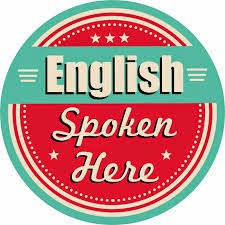 We've only been back in the States for a few days but Sidney is marveling at all of the English that is being spoken around him. It has made me realize that, other than a long weekend in England, he has no memories of being in a completely English speaking environment. (Yes, I know I am generalizing here since hundreds of languages and dialects are spoken in the United States but please bear with me on this one). His earliest memories are of our living in Albania. He spent more time with his non-English speaking nanny, playing on local Albanian playgrounds or with the neighborhood kids than he did with our American peers. As a result, by the time we left his Albania was fluent but he would excitedly point out when anyone around us was speaking English. It was almost as if it was the foreign language.

Here in Belgium Sidney attends a Belgian school where French immersion is the language of choice. Because the student body is as diverse as NATO itself, some kids already speak French but most speak their mother tongue and for most, that language isn't English. Even at the ripe age of four he has become adept at hearing a language and immediately identifying its national identity. And of course he is soaking up French faster than he did Albanian and loves to educate us on the proper way to say a variety of things in French. (And naturally it is always with the perfect accent). But despite his ear for languages, he is quick to inquire whether people will be speaking English in any particular situation and always seems pleased when we tell him they will.

So here we are back in America where English is the predominant language. He's told me some of it sounds funny (we're talking southern accents here so I can only imagine what he is going to say once we venture north into New England) but it is English none the less. "Mamma, they are speaking English" has become the refrain I've been hearing over and over again. And I must admit, it is kind of nice to not really have to think about what is being said to me. From dealing with store and hotel clerks to being able to effortlessly read street signs, this English thing is kind of nice. But at the same time it almost sounds foreign to me. In a good way, of course.