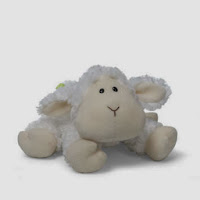 As adults leading busy lives it is sometimes all too easy to miss the subtle signs our children give us.   It takes stopping for a moment to realize what we are being told and when we figure it out, it can be heartbreaking.  And this is the message that our wise beyond his years, four year old sent to me this week.

Our schedules have been out of whack recently.  Between visiting family, a busier than normal work week for Glenn, and evening commitments taking both of us out of the house at night, our daily routine has been anything but the usual.  I know Sidney likes his schedule and predictability but I had no idea how much the upheaval was effecting him.  While Sidney seemed to love having his Mimi and Grandpa visiting their presence meant that his beloved nene (nanny) had the week off and with her went Sidney's normal daily schedule.  Sleep, eat, and play schedules were off kilter.  As the week progressed my normally cheerful little guy only grew angrier and sadder.  I thought a new week and a return to our (somewhat) usual schedule would return things to normal but instead they have only been getting worse.

For the past few nights Sidney has been waking and crying out for us.  When we go to him he says that he misses us and wants to make sure we are here but now that he knows we are here, he is OK and will immediately go back to sleep.  The other evening when it was just the two of us at home, he said he wanted to speak Albanian with me. Now this same child normally refuses to speak anything but English in our presence, proudly stating that he only speaks Albanian with his nene since his parents don't understand it.  Usually I do understand enough but after several failed attempts at my understanding him in his second language, he just gave up.  Then he asked me to come into his play room since he wanted to show me something.  And that something just about broke my heart.

Sidney had lined up all of this stuffed animals and proceeded to tell me stories (in English now) about them; those that looked alike were family while others were just friends.  We went through his entire collection identifying the relationships among them.  Then we got to the lone little white lamb.  First Sidney said that we needed to get a big lamb to keep the little one company.  Then he told me that this little lamb was so sad because he didn't know where his family was.  We needed to find his family so he could be happy.  When I suggested that maybe the lamb's family was away but would come home soon, with tears in his eyes Sidney adamantly informed me that this wasn't the case.  He told me that the lamb's mother was at the store buying things but his father got a phone call, left, and wasn't coming back.  My tears immediately matched his and through the lump in my throat I told Sidney that the lamb's father was indeed coming back.  (Actually, I slipped up and said Sidney's father was coming back but I was quickly corrected that it was the lamb who was missing his father not Sidney).  I found myself at a loss for words as I held my sad little boy.  No amount of self-help books and parenting blogs had prepared me for this.  As I struggled to find the right words Sidney continued.  He said the lamb has a father and mother and their family is just the three of them but that the parents are now missing.  He went on to add that when the three of them are together again they will all be happy. He then suggested that we try to find the lamb's mother and father.

And that is what we did.  I immediately ignored the ringing phone and turned off the computer.  Together we made pizza in Sidney's kitchen and cookies in mine.  Over the past couple of days invitations to non-essential activities have been declined and we are spending quality time together with "just the three of us" and this pattern will continue over the weekend.  Because a little lamb needs his family to be happy and it took an almost four year old to remind me of this.
Posted by Zosia at 14:34