How Many Ways Can You Say Goodbye? 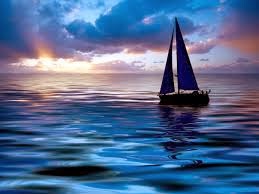 Saying goodbye is rarely easy.  I've known this for some time and am being reminded of it again as we enter our final weeks here and are saying farewell to the many wonderful people we've met over the past two plus years.  As has been the case with all of our moves, we've known our time was limited since the moment we stepped foot on our Albanian roller coaster.  We've watched people arrive after us and even more depart.  Some of their farewells have been bittersweet while others have been just plain hard.  All the while we've known our time was coming and suddenly, that time is now.

But actually it began a few weeks ago.  One by one farewell events have been popping up on our calendars making us realize just how many people we have met here in Albania.  Lunches and dinners with both individuals and large groups are being planned.  More than one reception is planned as well.  We are hosting some of these events ourselves while others are being held in our honor.  This morning friends hosted a farewell brunch for me with the entire American Embassy family.  I was touched by the outpouring of people who gave up their Saturday morning to come and say goodbye.  I survived without shedding any tears but there were moments when I came close.  I was reminded that I have met some truly wonderful people here in Tirana.  But this morning was just the tipping point.  From here on out we have at least one farewell event scheduled for every evening until we depart.  Some days we have lunches scheduled as well.  Sure we will be physically busy saying goodbye to so many people but it will be emotionally draining as well.  While some people are professional acquaintances others are true friends.  As much as we are ready to leave, severing some of these ties is turning out to be harder than I had anticipated.  And it is a reminder that no matter how many times you do it, saying goodbye is very hard indeed.  Before it is all over I am sure a tear or two will fall.

So in the languages of everyone we are saying goodbye to, farewell, arrivederci, adios, lamtumirë, pożegnanie, au revoir, auf wiedersehen, la revedere, свидания, αντίο, 见, afscheid.............