The Need To Know?? 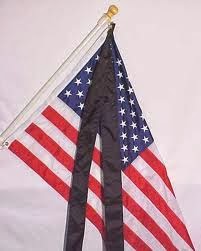 The (US) naval aviation family suffered another tragedy this past week when a helicopter on a training mission crashed off of the coast of Virginia Beach, VA killing two sailors and injuring two others while one sailor remains missing at sea.  Although my husband no longer flies, as the wife of a naval aviator my heart misses a beat anytime I hear of a flying mishap.  My heart immediately breaks and I am left wondering not only about the fate of the pilots and aircrew but about their families--wives, girlfriends, and children who kissed their loved ones goodbye that morning having made plans to see them when they return from their mission.  Only sometimes they don't.  When our loved ones deploy to war zones we know something could go wrong and they might not return. It is a nagging little voice that we push to the back of our minds and try to silence for those long months they are away.  But leaving the house in the morning to go to the "office"; worrying about the what ifs on a day in and day out basis is just too much to bear.  But the reality is, that in recent years, aviation training exercises have accounted for more mishaps and fatalities than flying in a combat zone.  This is simply the reality of naval aviation and one of the things that makes the community such a strong family.

But this post isn't about it the dangers of naval aviation; rather it is about the public and the media's intrusive push into what should be private tragedies.  Last night the wife of the missing pilot issued a press release after her husband's name had been leaked by several news outlets.  Upon hearing this I was both saddened and angered.  The Navy had been providing regular updates to the public about the crash and the status of the investigation all while keeping the names of those involved out of the press.  This is standard practice in order for the Navy to have time to appropriately notify family members and afford them some semblance of privacy during difficult times.  That is all the public needed to know.  I understand--to a certain extent--that the public deserves and wants to know what has happened with their taxpayer funded military. However, the actual names of those involved should have no significance to those outside of the immediate "family" so what purpose does prematurely releasing the missing officer's name serve?

Yet I have seen this happen time and time again whenever a tragedy occurs.  I am all for the freedom of the press but when does that freedom cross the line to infringing upon a private citizen's rights?  Do we, as a society, have such a morbid curiosity that we feel the need to know every single detail of these incidents? I'm not talking about celebrities and people who make their living being front page news; if they have earned their money and stardom from their every action being highlighted in the likes of People magazine, then let their lives continue to be public fodder.  I'm talking about the private citizens, men and women who have volunteered their service to their country, who are simply going about doing their jobs when tragedy strikes. Especially during difficult times the last thing a family member should have to deal with is a too inquisitive reporter feeding the public's morbid curiosity.  Why not let a family grieve in private then speak publicly (if they wish) on their own terms?  Where is this well earned respect that our military families deserve?  That is what I need to know.
Posted by Zosia at 13:42